Steve Tshwete Stadium collapsing and taking local sport with it

Mayor blames vandals and lack of cooperation from local teams 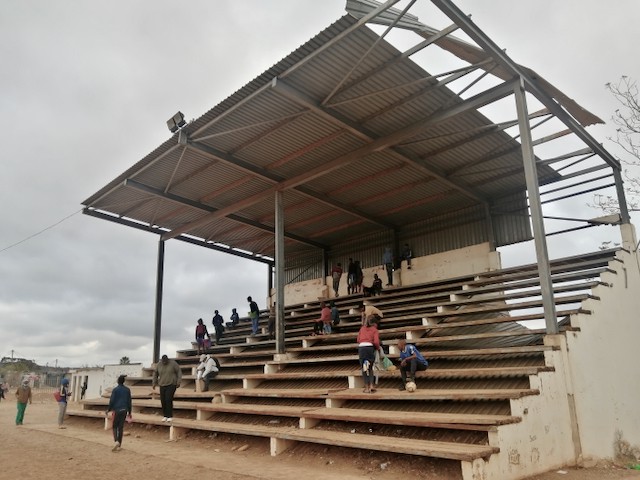 The stadium is used for social gatherings, school events, soccer and netball games. But since last year, the four schools in the area have been unable to use the stadium because of its condition.

The playing field has no grass. The changing rooms have been stripped down to bare walls and part of the roof is missing. A section of the awning for the grandstand has been blown away and the seating benches are falling apart.

Lonwabo Five is the chairperson of Moses Mabhida High School SGB and also the South African National Civic Organisation sub-regional chairperson. He said, “School sport has been doomed since the municipal officials neglected the stadium. Learners can’t play in such an unsafe environment. There is no water and toilets. We are busy approaching private companies to help us because this municipality has financial problems.”

And yet not long ago money was spent to renovate the stadium.

“In 2014 a palisade fence was installed … Between 2017 and 2018 we saw the grass being planted on the fields and two changing rooms were built. Also the grandstand was renovated,” said Ayanda Scritsh, coordinator for the Sundays River football association.

“But the contractors suddenly stopped working, claiming they were unpaid. This was shocking to us because … we were told that there was R1 million allocated for the project; R500,000 was for planting of grass,” he said.

“The planting of grass was left incomplete. The grandstand and changing rooms’ roofs were blown away. Vandals looted the changing rooms because there is no security. They removed all the plumbing system, toilets, electricity and doors,” said Scritsh.

But Mayor Nombulelo Bixa told GroundUp: “We are not neglecting the stadium. We have had projects in the past to fix it, to plant grass and irrigate it, but our plans weren’t in sync with those of the local football teams because in order for the grass to grow the stadium needs to be closed for some time. But people would continue to forcefully enter the stadium and disrupt the process.

“What [we] have been doing all these years are minor renovations such as electrifying the stadium and fixing ablution facilities. But all that work cannot be seen today due to vandalism and theft.

“We, however, have a budget this year to maintain the sports fields and we will prioritise the Steve Tshwete Stadium and the stadium in Paterson.” 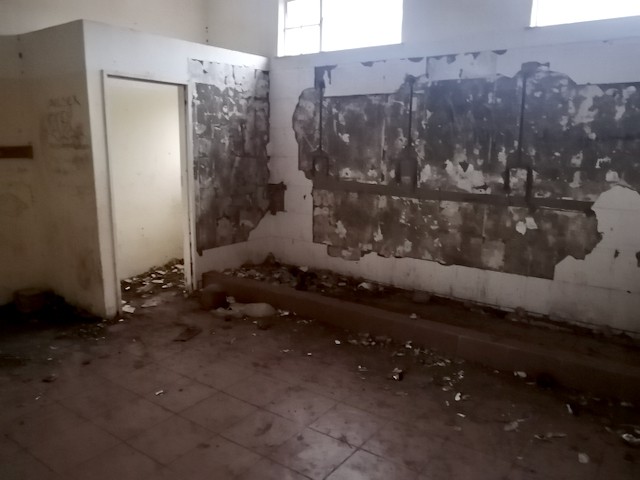 The changing rooms at the stadium.

Covid-19: a promising new treatment, a failed treatment, new evidence on masks and the push for compulsory vaccination