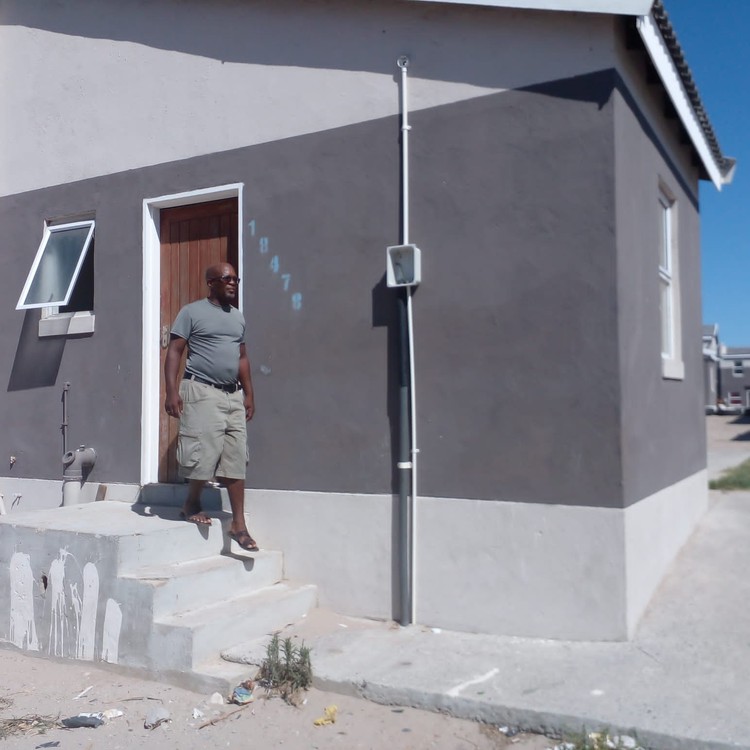 Thamsanqa Mlilo, who occupied this house a year ago, says he won’t move though the house has been allocated to someone else. Photo: Nombulelo Damba-Hendrik

Simphiwo Rani from Old Crossroads is 48 years old. He has a heart condition. Since 2018 Rani has been waiting for a RDP house, and early this month the City of Cape Town gave him a letter allocating him a house in the R175 million Mau Mau housing project.

But on his arrival he found the house was already occupied. And Thamsanqa Mlilo, the occupier, says he will not move unless the City gives him a house too.

Mlilo says when he moved in, the house was empty and “used by Nyaope boys”. “It had no windows, no doors. I fixed it myself because I didn’t have a place to stay with my children and wife after I lost my job because of covid,” said Mlilo.

He said he did not know why the City had given Rani a letter, knowing that he was in the house. “We are now fighting and I blame the City for that,” Mlilo said. 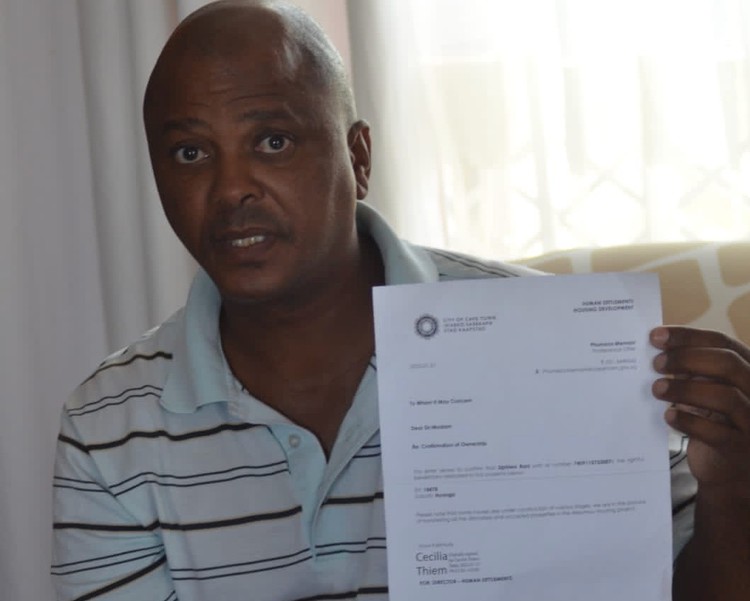 Simphiwo Rani has a letter showing the house has been allocated to him. Photo: Nombulelo Damba-Hendrik

Rani said he had now been told by the City that he must wait until a new place was found for the Mlilo family.

“I’m tired of waiting,” he said. “I’m sick. I want a place of my own. When I die I want to leave my children in a place they can call home. I’m tired of being a backyarder,” he said.

According to Rani, this is the fourth house the City has allocated him since 2018.

He said in 2018 the house he was allocated was also registered to someone else. He said he let go of the house because the other beneficiary was an old woman with grandchildren.

In 2019, he said, the City gave him an upstairs flat but he could not take it because of his heart condition. “I submitted a letter from my doctor asking for a house on the ground. The City promised to find me one,” he said.

Rani said in 2021 he went back to the City to ask for another house. He was given another house number but the house had not been completed. Then in February he was given the letter for the Mau Mau house. ”I was so excited, but on my arrival I found people in it,” he said. “Now I’m stuck here with papers stating that I have a house and no one is helping me. The City is telling me to wait, but for how long?” he said.

City of Cape Town spokesperson Luthando Tyhalibongo said: “The City will be issuing notices to the unlawful occupants to vacate in due course.”

“We cannot allow rightful beneficiaries who have waited their turn … to be pushed out by those who have not been waiting long or who do not qualify for state-subsidised housing.”

This article was amended to correct Simphiwo Rani's age to 48.

Next:  This pump is the only source of water for hundreds of families in Makweng village. It has been broken since 2018