This pump is the only source of water for hundreds of families in Makweng village. It has been broken since 2018 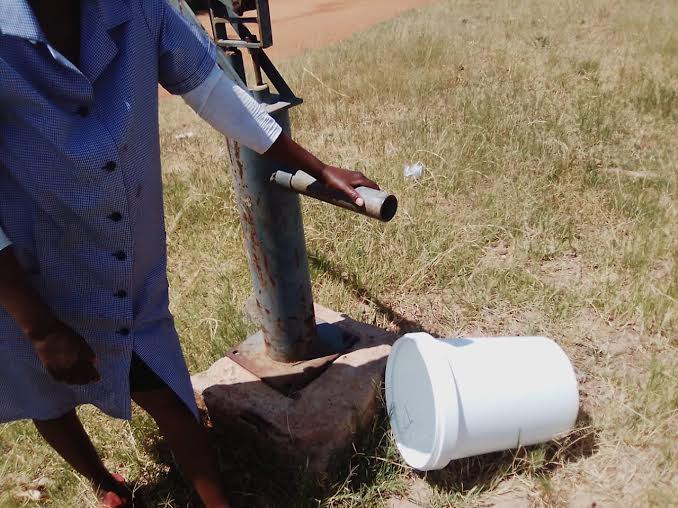 No water has come from this pump for five years. Photo: Ezekiel Kekana

“We are appealing to the municipality to fix the water pump, because my people are dying of thirst.” Headman Frans Tjale of Makweng village in Zebediela, Limpopo, is desperate.

The community water pump in Ga-Tjale in Makweng broke down in 2018 and numerous attempts to get the Capricorn district municipality to fix it have failed.

The old water pump, opposite Tjale’s tribal home, has been serving the community of Makweng since the 1990s. Over the years, the pump has broken often, but each time the municipality has fixed it. This time, though, nothing has been done. When GroundUp visited, the pump was rusted.

“We have been without water for years now, and we do not know when the municipality will come and fix it, headman Tjale said.

Makweng is among the most impoverished villages in Zebediela , with no piped water, sanitation or roads. According to Statistics South Africa about 13% of the community of 3,424 people have no income.

Most of the people living in Makweng village, including the Tjale family, have to buy water from the roughly 6% who have drilled their own boreholes. During funerals and weddings, a family must apply for a once-off water delivery from the district municipality, and a truck will deliver 4,000 to 5,000 litres of water to the family.

Ga-Tjale section in Makweng is in Ward 7 under the Lepelle-Nkumpi local municipality. However, it is Capricorn district municipality which has been tasked with provision of water.

The municipality’s communications manager, Jabu Masondo, said the borehole was dry. “Boreholes equipped with hand pumps do not have sufficient water to supply the community for a long time. Our operations and maintenance will revisit the village to check the ground water level and pressure pump,” he told GroundUp.

Next:  I beat an antibiotic resistant infection - but only just