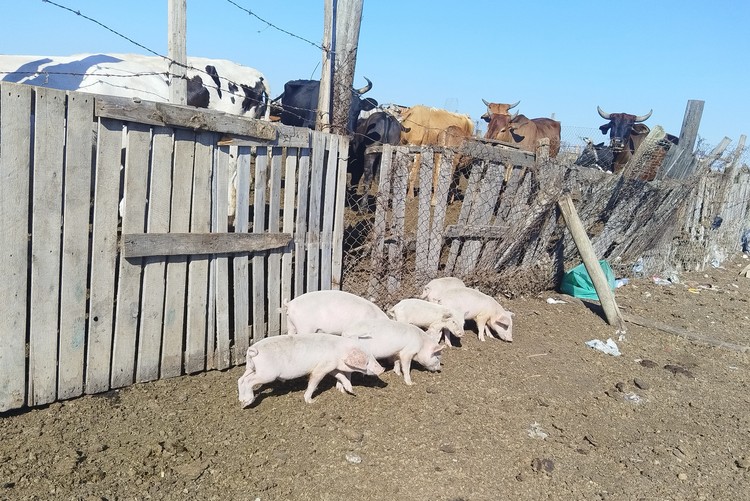 Pigs have been dying of African Swine Fever (ASF) since September this year in Missionvale township in Gqeberha. Photos: Mkhuseli Sizani

About 200 pigs have died of African Swine Fever (ASF) since September this year in Missionvale township in Gqeberha.

The virus is deadly to swine but is not a danger to humans. The infectious disease has left many families unable to make ends meet because pigs generate an important part of their income.

The virus tends to strike when pork is in high demand in townships during the festive season. Stokvel members, chesa nyama, tavern owners, loan sharks and community members like to buy pigs for their customers, for traditional and end-of-year functions.

But the Missionvale Farmers Association says a lack of knowledge about pig farming is the main cause for the uncontrolled spread of the disease. The Association says that many pig owners think that pig farming is very easy and the best way to make quick cash to feed their families. They also believe that a pig does not require medication because it can withstand diseases.

The provincial Rural Development and Agrarian Reform Department says the City has been hit by African Swine Fever since 2021. The department, in a pamphlet, told farmers to keep their pigs in a safely enclosed space and to avoid feeding kitchen waste or pig meat among other guidelines.

Some pig owners have decided to slaughter their animals in fear of the virus.

But the disease continues to spread because some of the owners are letting their sick pigs roam around the township, something which the department regards as a superspreader of this disease. The dead pigs are thrown in dirty water and open fields in Missionvale. Dogs and other pigs have been seen eating them.

The World Organisation for Animal Health states: “The virus is highly resistant in the environment, meaning that it can survive on clothes, boots, wheels, and other materials. It can also survive in various pork products, such as ham, sausages or bacon. Therefore, human behaviours can play an important role in spreading this pig disease across borders if adequate measures are not taken.”

There is no effective vaccine.

Khaliphile Siyona, chairperson of the Missionvale Farmers Association, told GroundUp, “We have over 15 pig owners in our association who have lost their pigs because of this virus. Some of the members lost over 30 pigs including piglets. There are also people who are not part of the association who have been affected.

“Our pigs are in high demand at this time of the year. … [People] like to buy meat from us because our prices are cheap.” 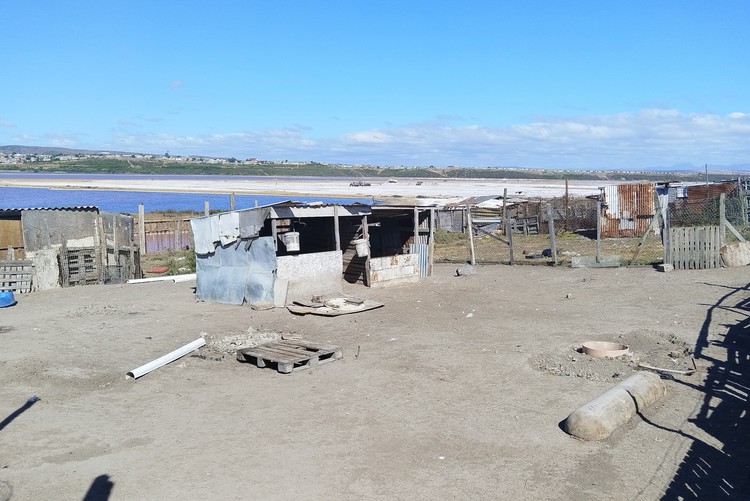 Here a pig farmer’s pigsty is empty after losing six pigs and 31 piglets since September this year. The owner is unemployed and says the proceeds made from her pigs were used to feed her family of 15.

He said pig farming helps many families put food on the table. “Most of the pig owners are unemployed. Pig farming has been the only way for them to generate income to send their children to school and buy groceries.”

“We started pig farming because we think that it is a quick and easy way to make cash. But this virus has left many families without food. Some of us cannot afford to buy medication or food for the pigs, instead relying on food leftovers collected from community members,” said Siyona.

Buyisile Molly is a second-generation pig farmer. “I lost 14 of my pigs including my piglets. This means I won’t be able to look after my family of four. I will have a black Christmas,” he said.

“A big, slaughtered pig used to give me R6,500. If I sell it alive, I will get R2,300. This was good money for me because I was able to buy food, furniture and clothes for my family.

“But now I am only left with my social grant which is too little to cover all my expenses,” said Molly.

According to Dr Lungile Jali, deputy director of State Veterinary Services in Nelson Mandela Bay Municipality, the death rate from the virus can reach 100%.

Jali said Limpopo, Mpumalanga, North West and KwaZulu Natal have swine flu control areas, where the disease occurs in wild pigs all the time. There are movement restrictions in place to prevent wild and domestic pigs, and their products, travelling to other parts of the country.

Next:  Fraud trial of suspended SJC manager set for January