Nearly a dozen police vehicles, buses and cars have been torched during violent retaliation allegedly by amaphela drivers 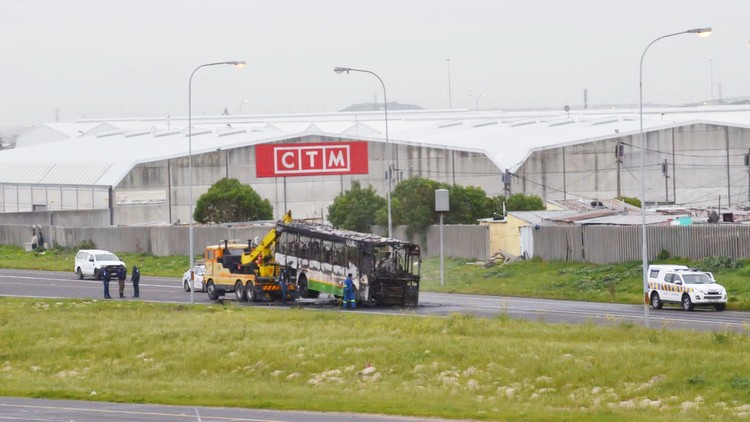 A burnt Golden Arrow bus is towed from the N2 in Cape Town on Friday. It was the latest in a spate of attacks in Nyanga and Philippi for more than a week, allegedly by Amaphela taxi drivers whose cars were impounded. Photo: Nombulelo Damba-Hendrik.

At least seven suspects have been arrested this week after a dozen vehicles were set alight during unrest in Nyanga and Philippi in Cape Town.

This follows protests allegedly by Amaphela taxi drivers who are demanding that the City of Cape Town’s Law Enforcement agencies release their cars which were impounded during routine traffic checks in the area. According to taxi drivers who spoke with GroundUp anonymously, 50 of their cars have been impounded since last week Thursday.

On Friday, police spokesperson Frederick Van Wyk said the suspects aged between 20 and 27 are due to appear in court soon.

Van Wyk said tyres were burnt at the corners of Govan Mbeki and Emms Drive and at the intersection of Link and Govan Mbeki, Browns Farm. He said a security hut at the Nyanga Clinic was set alight. One Golden Arrow bus was also set alight at the R300 off ramp from Mitchells Plain.

Van Wyk said protesters had blocked vehicles on Govan Mbeki road and a bakkie was burnt on Luzuko Road.

He said three police vehicles responding to the protest were stoned and damaged, and another bakkie parked next to the Nyanga police station was partially burned.

Nyanga has been tense since unrest started last week after a law enforcement operation at the Nyanga Terminus. It is understood that Amaphela taxi drivers have been retaliating by attacking municipal and police vehicles. Four Golden Arrow buses and one City truck were also burnt last Friday. 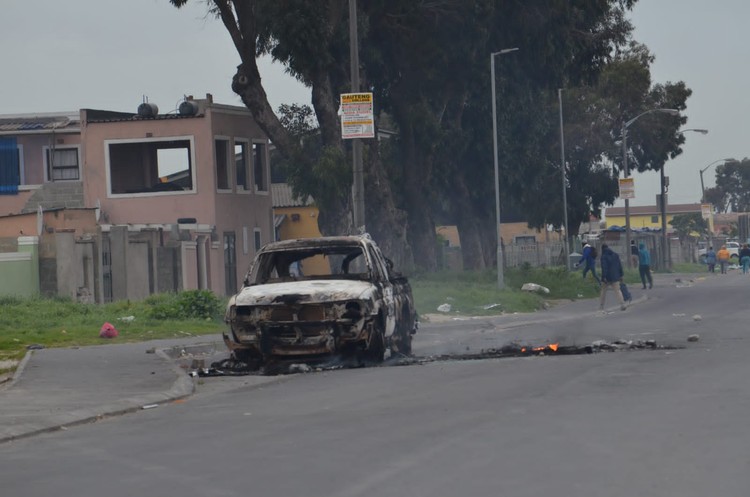 This car was set alight near the clinic in Nyanga. Photo: Nombulelo Damba-Hendrik

On Wednesday this week, the City’s Dial-a-Ride vehicles were stoned and another Golden Arrow was burned at NY5, injuring a female official. This resulted in the bus company as well as the City suspending its services in Nyanga “until further notice”.

The City’s Mayco Member for Urban Mobility, Rob Quintas, said the back windscreen of the City’s Dial-a-Ride vehicle was stoned while one vulnerable passenger was onboard.

“These residents are being heavily impacted by this suspension, but we cannot risk their safety while this unrest continues,” he said.

Health facilities in the Nyanga area have also shut down due to the violence. Western Cape Government Health spokesperson, Monique Johnstone, confirmed that the closure was for safety concerns.

On Thursday and Friday, patients, most of whom were mothers with babies, were turned away at the gates of the clinic in Nyanga.

Some of the patients complained about the high taxi fare to get to the clinic because the cheaper Amaphela taxis were not operating in the area.

Siseza Malithenjwa from Philippi said she waited for an hour before she could find a taxi ride to Nyanga. She was at the clinic because her four-year-old daughter was sick. “I wasted my last cent coming here only to be told to come back tomorrow,” she said. 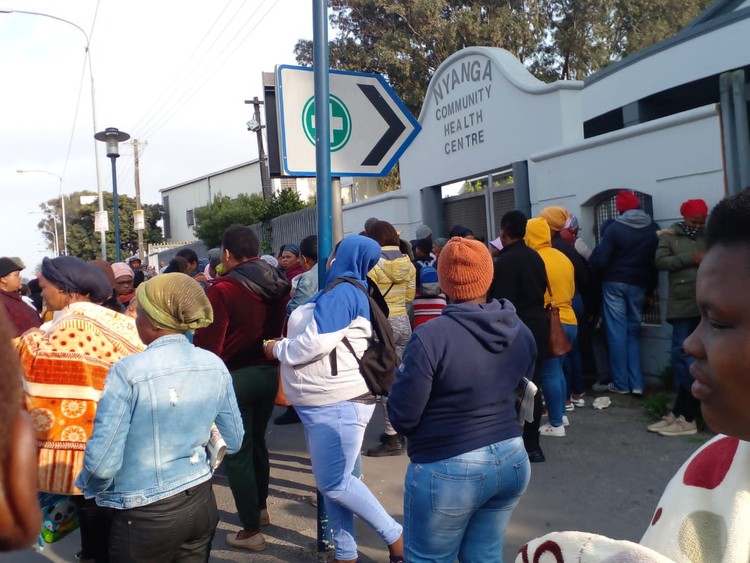 Dozens of patients were turned away because the clinic was forced to close due to the unrest in Nyanga. Photo: Nombulelo Damba-Hendrik

There were still no Amaphela taxis operating in the area when we were there.

The Amaphela taxi drivers who spoke with GroundUp anonymously accused the City of targeting them because they are black. Quintas denied this allegation.

Police and law enforcement remain in the communities to monitor the situation. 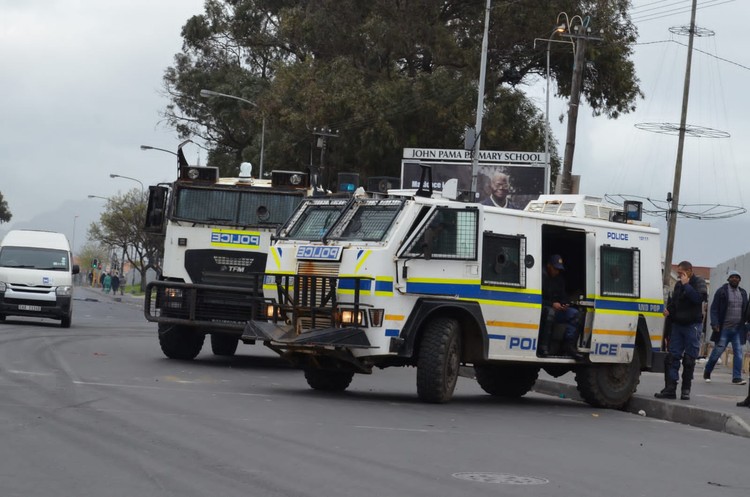 There was a heavy police presence in Nyanga and Philippi on Friday afternoon following protests by taxi drivers. Photo: Siphokazi Mnyobe

Next:  Debunking the myth that Africa responded well to Covid