In spite of instructions, children without documents are still being refused places 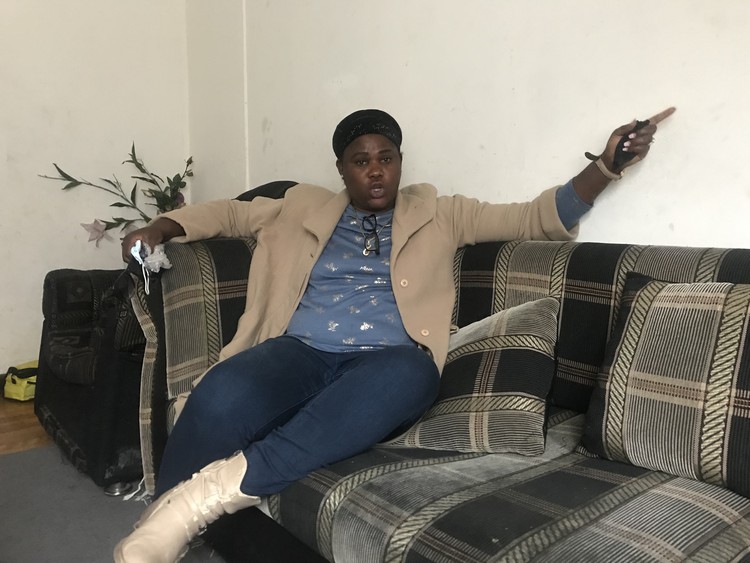 Bijou Bakole Tshibengu, who helps other immigrants find places in schools for their children, says some schools are still turning away children who do not have documents. Photo: Tariro Washinyira

Schools are turning away immigrant children without documents, flouting Department of Basic Education (DBE) instructions and a court ruling.

The DBE Circular 1 of 2019 on the Admission of Learners to Public schools explains that all children must be conditionally admitted to school while parents try to get documents.

Refugee community leader Bijou Bakole Tshibengu teaches English and helps other immigrants find places in schools for their children. Last week she told GroundUp that about 30 refugees and asylum seekers had struggled this year to get their children in school because of lack of documents.

“The parents made an online application on time at more than three schools in Parow but the applications were rejected.” After parents visited the Western Cape Education Department (WCED) offices, a few of the children had been placed in schools on the Cape Flats, she said, but this was far away and posed transport problems.

Last week a Congolese asylum seeker claimed that an Eerste River primary school had refused to take her child for grade one because of lack of documents.

In February another Zimbabwean who is on a work permit but does not have documents for her child only managed to get a place through a refugee organisation, the Scalabrini Centre. Schools around Parow were refusing to take her. The child is now a year behind.

In a statement the Centre for Child Law said that the department must ensure that schools abide by the court order and its own Circular. “Alarmingly, the plight of undocumented children continues as the 2021 academic year gets into full swing. The Centre for Child Law continues to receive queries related to the exclusion of learners from school on account of their undocumented status.”

Isabel Magaya of the Centre said the DBE’s National Admission Policy for Ordinary Public Schools made it clear that schools must admit learners without documentation. “The draft policy provides an array of alternative documents which parents may submit in lieu of a birth certificate, a passport or permit.” Public comments on the policy were due on 12 March, and Magaya said she was optimistic that the policy would help resolve the problems faced by undocumented children (both South African and immigrant).

Magaya said there seemed to be a lack of understanding of the circular and of the ruling made in December 2019 in the Grahamstown High Court. In that ruling Judge President Selby Mbenenge stopped the education department from removing or excluding from schools “children, including illegal foreign children, already admitted, purely by reason of the fact that the children have no identity document number, permit or passport, or have not produced any identification documents”.

Currently, she said, the law is that “No child may be blocked from accessing school because of documentation.”

“The court held that the right to education extends to everyone within the boundaries of South Africa.”

In response to a query by GroundUp, Kerry Mauchline, spokesperson for Western Cape education MEC Debbie Schäfer said: “The WCED has always told schools to be sympathetic to the challenges that some parents face with Home Affairs documentation. However, the parent is required to show proof that they are at least engaging with Home Affairs on the matter. If a parent has had challenges with schools accepting this documentation, then they are to approach the District office for assistance.”

DBE spokesperson Elijah Mhlanga did not respond to GroundUp’s email sent on 11 March. He also did not answer his phone or respond to text messages sent on 15 March.

Next:  Former farmworker refuses to leave her home of 30 years