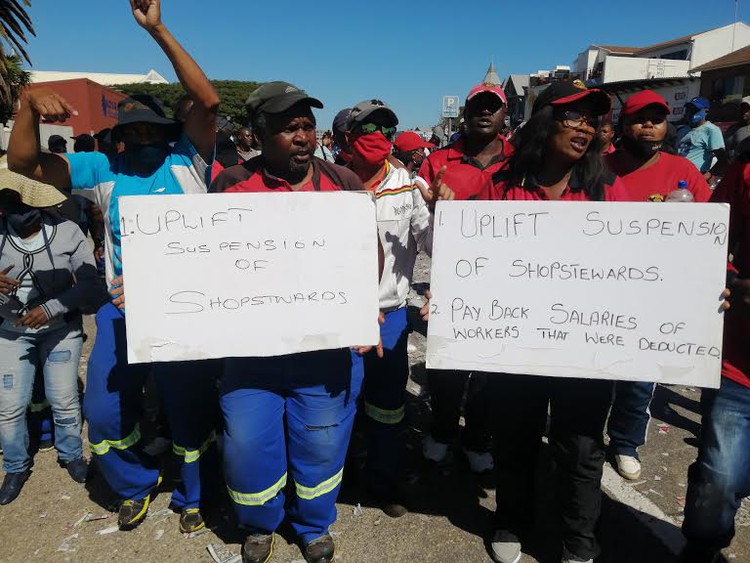 About 300 members of the South African Municipal Workers Union (SAMWU) protested outside the Kouga Mayor’s Office in Jeffrey’s Bay on Thursday, in support of 14 suspended shop stewards.

The protesters demanded that the suspension be lifted or that the municipality suspend them all.

The suspension stems from a 9 March strike by the union over a Covid-19 risk allowance. About 800 Kouga Municipal workers embarked on a strike that lasted until 16 March demanding a R1,500 monthly danger allowance after several workers succumbed to Covid-19. SAMWU members in Nelson Mandela Bay are demanding a R7,000 monthly allowance. But Siphiwo Mkonsana, chair of SAMWU in Kouga, said Kouga was a smaller municipality so the demand was lower.

Hendricks said the protesters’ “insistence on having Covid-19 benefits that have not been decided on at national level” and on having the suspended shop stewards reinstated, was unreasonable, irrational, and unlawful.

“The municipality considers the actions of SAMWU, following the court interdict, to be criminal.”

Mkonsana said, “On 16 March we called off the strike after the municipality obtained a court interdict and we ordered our members to go back to work on the 17th. But our 14 shop stewards were suspended. Then on 18 March we decided to down tools in the entire municipality until the suspension is lifted against them.

“All the workers in Jeffrey’s Bay, Humansdorp, Loerie, Thornhill, St Francis Bay have not been on duty since then,” Mkonsana said.

According to Hendricks, the municipality has made alternative arrangements to ensure services continue.

But Ntombekhaya Kese, of Ocean View township, said the rubbish was piling up near her house. “We can’t live like this anymore. The strike must come to an end now.”

“The animals are also making the situation worse by tearing apart these rubbish bags.” 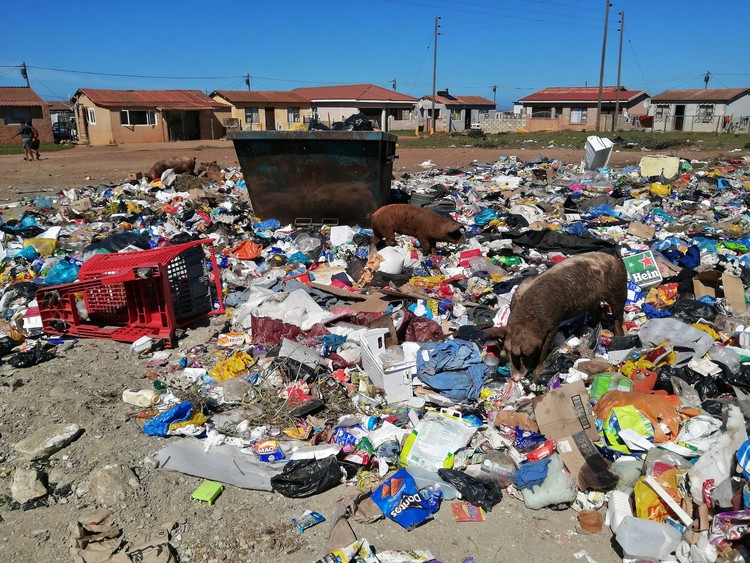 Rubbish is piling up in Ocean View. Photo: Mkhuseli Sizani