Coega says more than 86% of its workforce is local 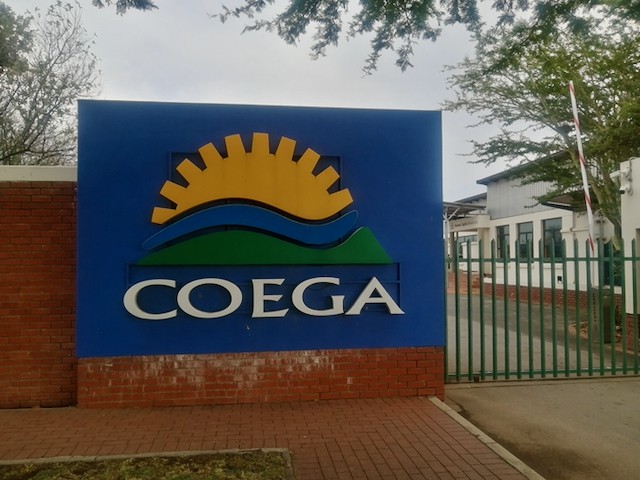 The Coega Development Corporation (CDC) called an urgent meeting with the Ibhayi Workers Forum on Tuesday. This comes after dozens of residents from Motherwell, Ikamvelihle and Wells Estate blocked Addo Road and the M17 with burning tyres and rocks last week from Tuesday morning until Thursday. They were demanding jobs at the Coega Industrial Development Zone.

According to police three Algoa Bus Company busses and five trucks were torched during the protests.

“When we asked the community why they were protesting, they told us that we are a weak committee and therefore they decided to fight for themselves,” said Zizi Ntame, chairperson of the Ibhayi Workers Forum.

“But we have managed to calm them down … for now. The residents say they can’t tolerate anymore seeing outsiders asking for accommodation in their homes in order to work at Coega projects, while they live nearby and have been waiting for many years to get the jobs.”

The Ibhayi Workers Forum said it is unhappy with the outcome of the Tuesday meeting.

“Coega invited four ward councillors to our meeting and police colonels. But we told Coega that we can’t have the councillors in our meeting because they have failed to give us service delivery in our wards. Our streets are filthy with sewage and uncollected rubbish.

“We also told the councillors that they let Coega management employ outsiders for 22 years, while the people of this municipality have no jobs. Our communities, especially Wells Estate, Kamvelihle and Motherwell … made it clear to us that they don’t want the ward councillors [involved] because they are corrupt and sell jobs for R1,500,” said Ntame.

“Eventually the councillors were excused … But that did not help us because Coega said it will not communicate with our forum. All the communication will be done through our ward councillors.

“Also, we will not get an office space that we had requested within its recruitment centre in order to make sure that the recruitment process is transparent and prioritises the people of Nelson Mandela Bay and the Eastern Cape.”

CDC had not replied to our request for comment on the meeting at the time of publication. But prior to the meeting, Dr Ayanda Vilakazi, spokesperson for CDC, said the Tuesday meeting was the third one with the forum.

Last week Vilakazi said, “More than 86% of workers at Coega are local, the majority of whom are from Motherwell. The CDC was established to ensure that the people of Nelson Mandela Bay Municipality and the Eastern Cape Province benefit from Coega job opportunities. Every year since 1999 we deliver on this objective. Our annual report, audited by the Auditor General of South Africa, provides details of the jobs and training numbers created by Coega.”

Next:  Activists call for extension of Covid-19 grant

Previous:  PRASA service gets worse even as it hikes ticket prices