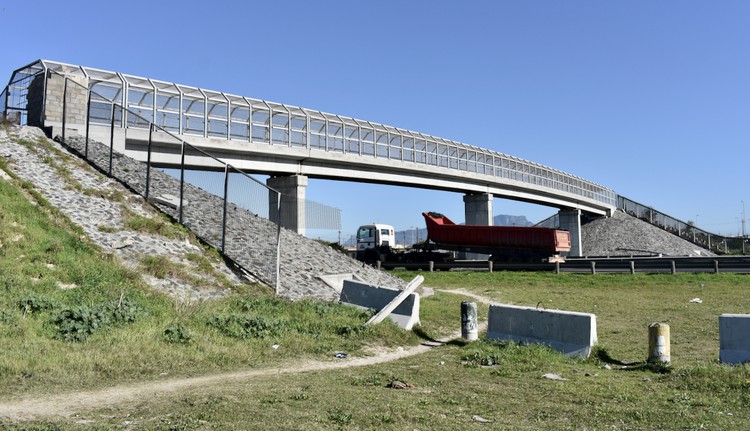 On the weekend, Mandalay residents closed the bridge that connects to Lower Crossroads. Photo: Buziwe Nocuze

Mandalay residents built a brick wall and welded iron rods to close the pedestrian bridge over the R300 that connects to Lower Crossroads, Cape Town, on Saturday. Residents say it is because the bridge is a crime hotspot.

Neither the City of Cape Town, who referred us to the Department of Transport and Public Works, who referred us back to the City, have taken responsibility for the need to reopen the bridge.

The Lower Crossroads community said they should have been consulted. “That bridge belonged to all of us. Deciding for other people is a bit extreme and we are also affected by the crime that has been happening on that bridge,” said Nophelele Mqikela, a community leader from Lower Crossroads.

Mqikela said they were shocked to discover they could no longer cross to Mandalay. “One of the reasons for that bridge to be built was to save people’s lives because they were getting killed by cars while crossing the road,” said Mqikela.

“We have been using that bridge when visiting Thembokhwezi Square [the main shopping and banking area],” she said.

Mqikela said what is needed is visible policing. She said criminals came from both areas.

Golden Hans, a 71-year-old man from Mandalay, said, “The community has been reporting [to the police] about that bridge and I believe that we don’t only need police to patrol the area but to be stationed there.”

Captain Bheki Xulu from Philippi SAPS said they know that people are being robbed when crossing the bridge but when they report these incidents for crime mapping it marks them as Ngqwangi Drive.

Xulu said the communities needed to meet and solve the problem.

Ward Councillor Nelson Chitha (ANC) said, “I don’t think closing the bridge will help. The only people that can solve that problem are police officers.”

He had asked the previous and the current station commander for a mobile police station next to the bridge. They had said they would make the request but it wasn’t their decision if one was provided, according to Chitha.

The City referred GroundUp to the Department of Transport and Public Works. Jandre Bakker, its head of communication, said the bridge in question (B5984) dates back to 2003.

“It was erected to allow safe crossing of a busy road. The Department of Transport and Public Work was not aware of the alleged closing of the bridge by the public,” said Bakker.

She said a team went out to inspect the bridge. “There was no structural damage to the bridge. The Routine Road Maintenance team confirmed that the closed-off section falls outside of their scope of works and it is therefore advised that the City of Cape Town is notified for further intervention.”

GroundUp reapproached the City of Cape Town explaining we had been referred back to them by Transport. We received the following response: “Unfortunately the bridge does not belong to the City. Please approach the South African Police Service with regards to the crime situation.”

The bridge remains closed off. 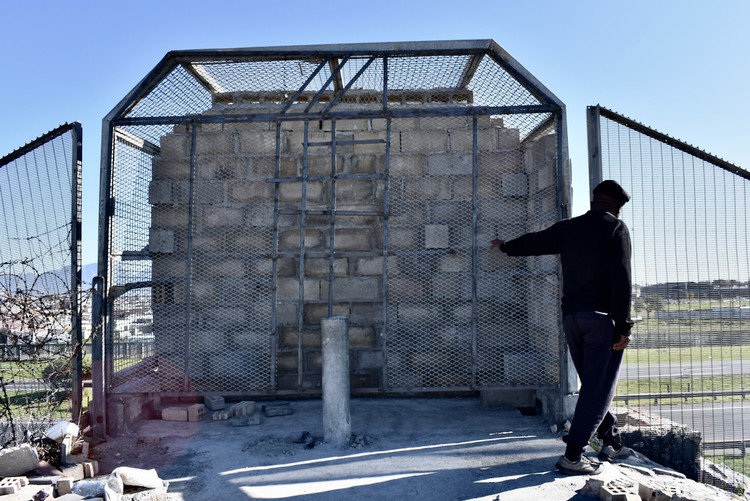 A brick wall and welded iron rods have closed the pedestrian bridge over the R300 that connects Mandalay to Lower Crossroads, Cape Town. Photo: Buziwe Nocuze

Previous:  We won’t fix development until we fix our municipalities