Silence on far-reaching changes in housing delivery during SONA 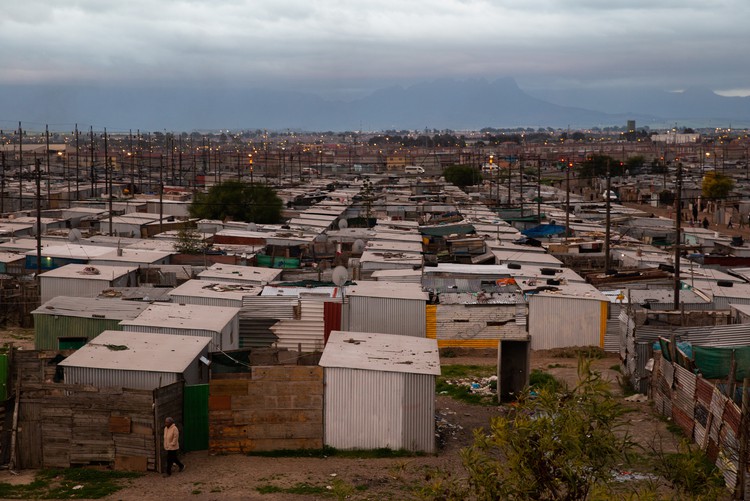 The national housing backlog sits at an estimated 2.6 million houses. In the photo above is Delft’s Blikkiesdorp, one of many Temporary Relocation Areas. Archive photo: Ashraf Hendricks

On 10 February, President Cyril Ramaphosa addressed the nation, delivering an almost two-hour-long State of the Nation Address (SONA). However, throughout the President’s address, not a word was said about the far-reaching changes in housing policy that are afoot.

In November 2020, former Minister of Human Settlements, Water and Sanitation Lindiwe Sisulu made significant announcements with regards to the direction of the national housing programme. In the future, she noted, housing delivery would focus on the provision of land and services via the state’s rapid land release programme. The rapid land release programme follows a “site-and-service” model where beneficiaries get a plot with basic services on which to build houses.

Speaking at the National Council of Provinces, the Minister said, “It works out cheaper for us, it gives more responsibility to the people who own the land to build houses and we are hoping that they will be of better quality because they will be building it themselves. In the process, they will be getting skills for building and we are quite certain that it will work”.

A directive for the prioritisation of serviced sites to qualifying beneficiaries, issued by the National Department of Human Settlements, states that in the future, only certain priority groups (the elderly, disabled and proven military veterans) will benefit from top-structure projects. Notwithstanding this, the policy shift will still impact the vast majority of individuals on housing waiting lists.

The effort to prioritise the programme is mainly a response to the shrinking housing budget and the pressures put on municipalities by communities to provide land for self-build.

At last week’s SONA what most of us were eagerly awaiting was a clear outline of the government’s plan to address the many challenges that the country faces.

As the Development Action Group (DAG), we were particularly interested in the state’s plans to respond to what appears an almost insurmountable housing crisis, faced by scores of people across the country. The national housing backlog sits at an estimated 2.6 million houses, that is, 12 million people in desperate need of decent accommodation.

In the Western Cape, there are over 600,000 people on the housing waiting list while the corresponding figure for Cape Town is more than 365,000 people. If we had a housing crisis before Covid hit, it became much worse because of the impacts of the pandemic.

Yet information about the government’s plan to address the housing crisis was sparse, at best. The only times housing or human settlements were mentioned was in relation to the Infrastructure Fund, where a “pipeline of projects” worth R96 billion in student accommodation and social housing, among others, are being prepared.

We also heard of “several catalytic projects to the value of R21 billion” for which construction is imminent. We will assume that some of these funds will be geared towards housing.

We heard that Constitutional amendments to facilitate land reform are going ahead, with the approval of the Expropriation Bill and the establishment of the Agriculture and Land Reform Development Agency apparently imminent.

Arguably the most exciting news in terms of housing is that the Department of Public Works and Infrastructure will transfer 14,000 hectares of state-owned land to the Housing Development Agency. Whether this land will actually yield significant outcomes in terms of affordable housing options, and how far it will go in fundamentally transforming spatially unequal and unjust cities, remains to be seen.

However, what is more concerning is that the state is planning a major policy shift away from top-structure delivery to a “site-and-service” approach, with potentially far-reaching consequences for those 12 million people in need of housing. Yet after SONA 2022, we remain as ill-informed about this policy shift as before the address.

Was this not an opportune occasion for the government to take the nation into their confidence and share this very critical information with us? And if not, when? In line with the country’s commitment to the principles of participatory democracy, when do those most affected by the policy shift get a chance to have their say in its development?

As it stands, these questions remain unanswered. But we will continue to watch this space. As DAG, we call on all spheres of government to open the conversation and provide the public, particularly those who will be most affected by such a significant policy shift with an opportunity to have their say and help shape the new direction the state’s housing programme will take.

For more information about rapid land release, see our blog on The State of Land Release in South Africa.

Querida Saal is a researcher at DAG. The opinions expressed in this article are representative of the views of DAG as an organisation and are not necessarily those of the author herself.

Previous:  Half of non-profit organisations are failing to comply with the law