The Drop-in Centre in Tshimbupfe was set up to care for vulnerable children. Photo: Kaizer Nengovhela

Millions of rands in Lottery grants were paid to a small centre for destitute children in a Limpopo village in 2018 and 2019, but the money was never used for any children. Instead, it was apparently channelled to a borehole project.

Tshimbupfe Drop-in Centre in Tshimbupfe village in Vuwani, appears in the 2018-19 list of National Lotteries Commission (NLC) beneficiaries, with a R4 million grant. The following year, on 25 September 2019, a further R6 million was paid to the centre, according to NLC public records.

But most of the members of the non-profit organisation are unaware of this.

Only the NPO’s chairperson, who is also the ANC ward councillor, appears to be aware of the grants, and has not been able to explain exactly how the money was used.

Even the traditional leadership in the area were not told about the grant to the Tshimbupfe Drop-in Centre and knew nothing about Lottery projects in their area until reporters started investigating.

The centre has no dedicated website and no social media presence. It is trying to raise R5,000 through a crowd-funding website, but according to the site no one has yet responded.

“Tshimbupfe Drop-In Centre is a perfect example of the beauty that can come when a community comes together,” says the site. “In 2009, ten powerful women from Tshimbupfe, Limpopo province, came together to help combat issues of poverty, school dropouts, teenage pregnancy, crime, and lack of parental responsibility. Six of those ten women remain at the centre to this day.”

Tshimbupfe co-founder Sylvia Mashila says that there are 86 children under her care, all of them vulnerable. Forty percent of the Centre’s 86 children have no parents and the rest of them have dangerous home lives, she says. Some “have no homes.”

A short video on the crowd-funding site shows children crowding around a few school desks in the small building used by the Centre.

“Though the centre has applied for social grants, they have gotten no answers so far. Because parents cannot afford to pay monthly fees, the entire staff volunteers without payment. The centre depends on donations to be able to survive,” the description reads.

Yet the video was uploaded, on 13 June 2019, by which time the centre should already have received R4 million of the Lottery grant.

No knowledge of a Lottery grant

In a telephonic interview on Friday 13 August, Mashila denied any knowledge of a Lottery grant. She said that the centre had on two previous occasions applied for NLC funding of R500,000, but had been turned down because they could not produce two years’ financial statements, which is a requirement for Lottery funding.

Another member of the NPO, Aifheli Gabara, confirmed this and said he also knew “nothing” about any Lottery funding.

The chairperson of the Tshimbupfe Drop-in Centre is Tshifulufheli Solly Mudau. He is an ANC ward councillor at the Collins Chabane municipality, where he heads up the Municipal Public Accounts committee.

When Mudau was phoned on Friday, he said that he was aware of the Lottery funding, but that the centre had merely been used as an agent by the NLC for another project. This project entailed installing boreholes and infrastructure at Hanani village, about ten kilometres from Tshimbupfe. Then he abruptly ended the call. Further attempts to contact him have been unsuccessful and he has not responded to detailed questions sent to him via WhatsApp.

So, on Monday, 16 August, a team of reporters visited Tshimbupfe, to get some clarity on how the R10 million in NLC funding was used.

According to the list of office bearers of the centre on record at the Department of Social Development, Dorcus Ndou is the treasurer. But when she was interviewed by reporters, she denied any knowledge of the Lottery grant.

Leaked documents show that the NLC paid the R10 million into a First National Bank account. But Ndou said the NPO banked with Standard Bank and she did not know of any other account which had been opened for the Centre.

She said she would take the matter up with the local traditional leadership, which had allocated land for the drop-in centre. Ndou explained that she and another member of the NPO, Elisa Makananise, always went to the bank together when any transactions needed to be done, as two signatures are required.

So, how the money was being channelled through the NPO was not clear to her. 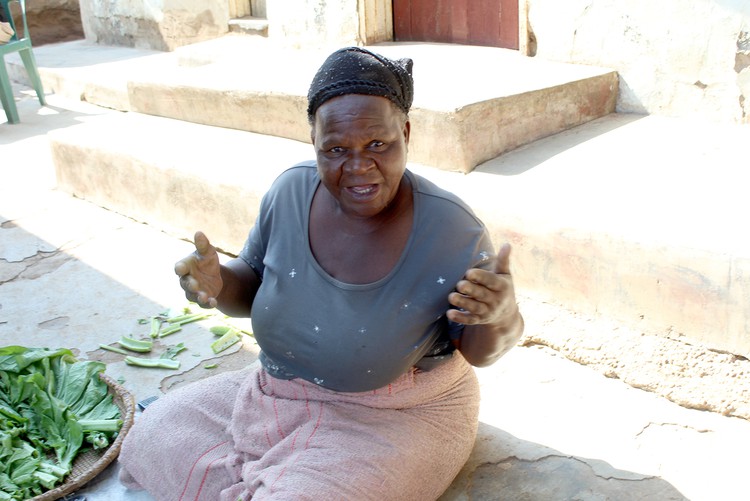 Dorcas Ndou, listed as the treasurer of the Tshimpbupfe Drop-in Centre, said she did not know anything about any Lottery grants. Photo: Kaizer Nengovhela

Chief Nkhetheni Nemavhulani, under whose jurisdiction the area falls, said he was not aware of any development project in the area, and definitely not a R10 million project. He said that the matter would be reported to the Tshimbupfe Tribal Council and the centre’s committee members would be ordered to come up with explanations.

Mashila, the project coordinator, changed her story when she was interviewed by reporters on Monday. She recalled that the NLC had “appointed” the Tshimbupfe Drop-in Centre to install water pipes at the adjacent Hanani village. Pressed for more detail she replied that the reporter must “tell the police to come and arrest me”.

Other residents of the village expressed their doubts about the Tshimbupfe Drop-In Centre. Joseph Sipholi said he used to be involved with the project but had “pulled out” after he was asked to “write a fake report” when the NPO wanted to apply for funding. He said as far as he knew there were currently no children at the centre. This could be for a number of reasons including lockdown regulations.

Another community member, Macdonald Mudau, said that the building currently being used by the centre had been finished before 2019. He believed that the Lottery money had not been used in the community.

Ntoleni Booi, another resident, also said that he had never seen any “vulnerable” children at the centre. He said he did not know what the building was being used for. “Even if someone might end up saying he was slaughtering a cow inside, I will believe that, simply because I don’t know the precise purpose of this building,” he said. 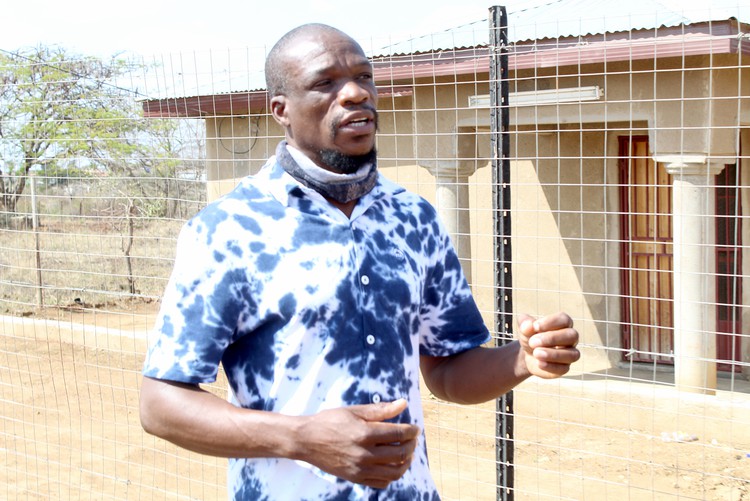 Chief Nkhetheni Nemavhulani, under whose jurisdiction the area falls, said he was not aware of any development project there. Photo: Kaizer Nengovhela

On Tuesday 17 August the attention shifted to Hanani village and we tried to find out where the R10 million might have been spent.

Chief Nthengiseni Tshimbupfe, the traditional leader at Hanani, said he was unaware of any project being run by Tshimbupfe Drop-in Centre in his area. He said anyone who claimed that they had installed boreholes and taps in the village was lying. The only project he knew of was a bulk water provision project by the Vhembe District Municipality.

The chairperson of the local civic organisation, Musiiwa Mulaudzi, also knew nothing about a project being run by Mudau or the Tshimbupfe Drop-in Centre in Hanani.

Detailed questions were sent to the NLC, asking for more information about the project and an explanation as to how the R10 million had been spent. Spokesperson Ndivhuho Mafela acknowledged receipt of the questions, but had not responded at the time of publication. 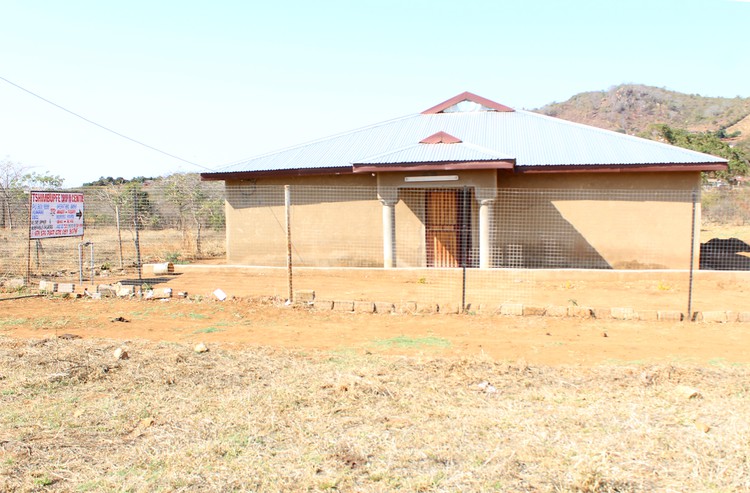 How a small NPO such as Tshimbupfe Drop-in Centre could get R10 million in Lottery funding is not clear. Publicly available records held by the Department of Social Development show that the NPO is non-compliant and has not filed the compulsory annual financial statements for several years.

The NPO has filed brief handwritten narrative reports for 2019 and 2020 with the department. The two reports, filed early in 2021, are identical and do not mention any Lottery funding for 2019 or 2020. In the reports, the goals set by the NPO are very modest and include “to make a garden”, “to have our own site” and to pay stipends to the NPO’s members.

In August last year the Limpopo Mirror and GroundUp reported on a mysterious R15 million NLC grant to the Vyeboom Youth Development. Vyeboom is not far from Tshimbupfe.

The NPO, according to public NLC records, received R5 million in 2017 to stage a music festival. In August 2019, the same NPO received a further R10.1 million in lottery funding, apparently for a sports-related project. Very little about the music festival is known, except that it apparently took place in Mpumalanga. No traces of any sports project in Vyeboom could be found.

The Vyeboom funding has a number of similarities to the Tshimbupfe one. In Vyeboom the community structures also knew nothing about the grants. Vyeboom Youth Development has not filed statutory annual reports with the Department of Social Development since 2013. The founding member and the person listed as chairperson have denied any knowledge of the grants. 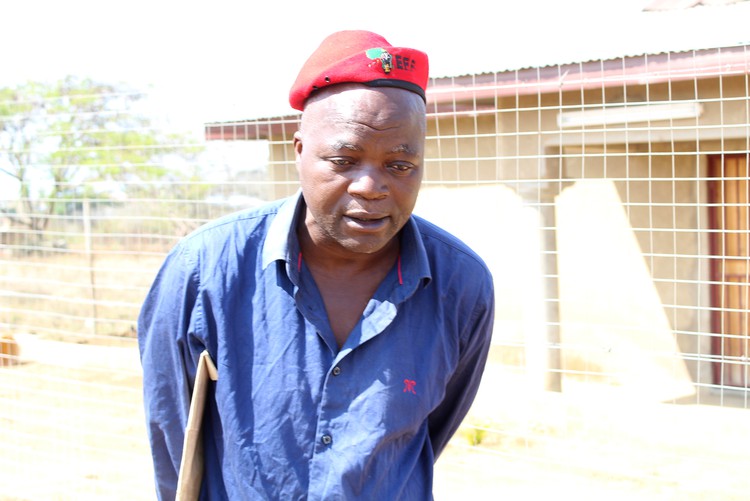 Resident Ntoleni Booi said he did not know what the building was being used for. Photo: Kaizer Nengovhela

Published in partnership with Limpopo Mirror.

Next:  Court rebukes minister for refusing to appoint white magistrate