Residents of Eastern Cape town who shared their water face bills of up to R13,000 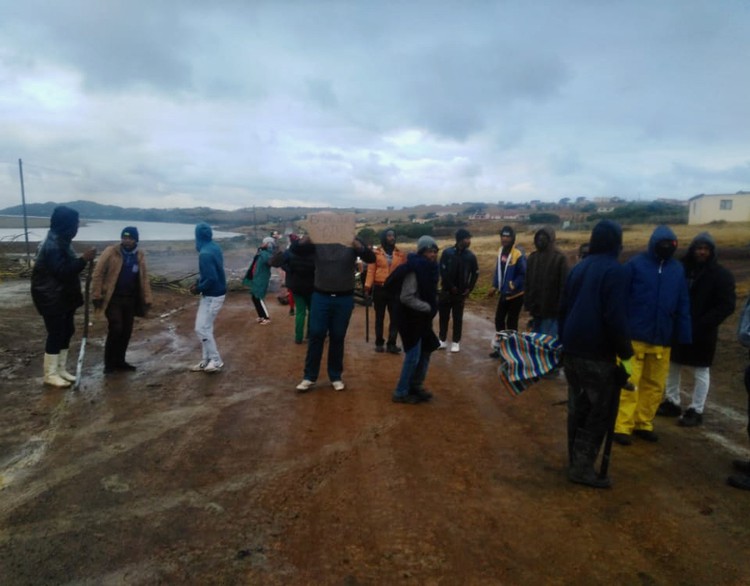 On Thursday, more than 100 residents of Hamburg, blocked the main entry road to the town with burning tyres and tree trunks, demanding water.

The taps ran dry in seven areas of the Eastern Cape town six months ago, and residents say the Amathole District Municipality has failed to fill their water tanks. When they call the municipality for water they are told to wait, but the water trucks don’t come.

The protest started at 6am in the rain. Four hours later, the district municipality delivered 10,000 litres, but residents said this was insufficient.

Only one area, Endlovini, with 29 RDP houses, still has tap water, and residents say that is only in the mornings.

People complained of receiving high water bills, even though the taps are dry, and the highest bills were for the people in Endlovini. The protesters are demanding Ngqushwa Local Municipality write off their water debts.

Community leader Mqe Peyi said, “Why are they billing Endlovini residents because the municipality is aware that we are [all] relying on Endlovini residents. The majority of the people here are unemployed. Now who is going to pay those bills? Because they are not going to afford them.”

Matshezi Beja, a resident, said the community decided to stand up after some of them received messages threatening them that if they fail to pay the debt, the municipality will cut off their water.

“Those people were helping the community, now they have to deal with huge amounts of bills,” said Beja.

Amathole District Municipality spokesperson Nonceba Madikizela-Vuso said water tanker trucks have been provided, but “owing to the rugged terrain, maintenance of the trucks has been a challenge, and there have been frequent breakdowns and consequently, times when it has not been possible to deliver water”.

Madikizela-Vuso said the main challenge of water is that demand exceeds supply as a result of unauthorized connections and vandalism of infrastructure at the dams.

She said the schemes sending water to people were designed to provide a basic level of supply through communal standpipes at 25 litres per person per day.

“Hamburg has two sources of supply, the Peddie Regional Scheme as well as two boreholes. An electrical supply problem resulted in breakdown of supply from the two boreholes. This issue is currently being attended to with Eskom so that the boreholes can be back in operation.”

She said Peddie also suffered from any problems that occurred upstream, as it was at the end of the line. Also the old infrastructure in Hamburg “contributes to the challenge”.