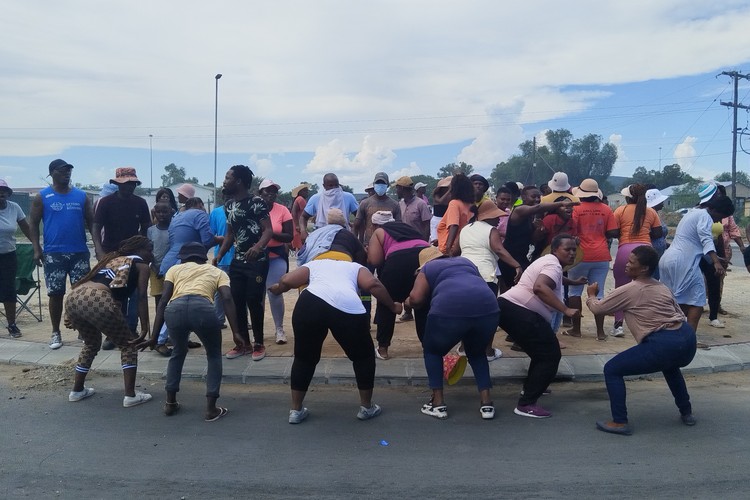 A group of women who had been protesting for water in Fort Beaufort, Eastern Cape began dancing and twerking in front of the Amathole District Municipality Mayor on Monday. Photos: Mkhuseli Sizani

About 300 people blocked the R67 between Fort Beaufort and Alice with burning tyres and stones on Monday, demanding water.

Many areas in Fort Beaufort in the Eastern Cape have had intermittent water supply since the middle of November. Residents’ anger erupted after criminals damaged one of the water pump stations on 11 January which left thousands of households in several wards without water.

The Amathole District Municipality Mayor Anele Ntsangani believes the attack was an act of sabotage. He has ordered the pump station to be fixed and that armed guards be placed there around the clock.

On Monday, Ntsangani had to intervene to calm down protesters. While he was talking to leaders of the South African National Civic Organisation (SANCO) on the side of the road, a group of women began twerking in front of Ntsangani to get his attention.

SANCO’s Vuyiseka Stemele told GroundUp that residents had planned to march on Wednesday, but called it off when the municipality promised to fix the pump station by Friday. “We visited four reservoirs and treatment works with municipal officials. We discovered that the pump station’s cables were vandalised and water could not be pumped into the four reservoirs,” she said.

Stemele said after their visit to the sites, vandals hit the pump station yet again, causing more damage which meant the water had to be cut completely. 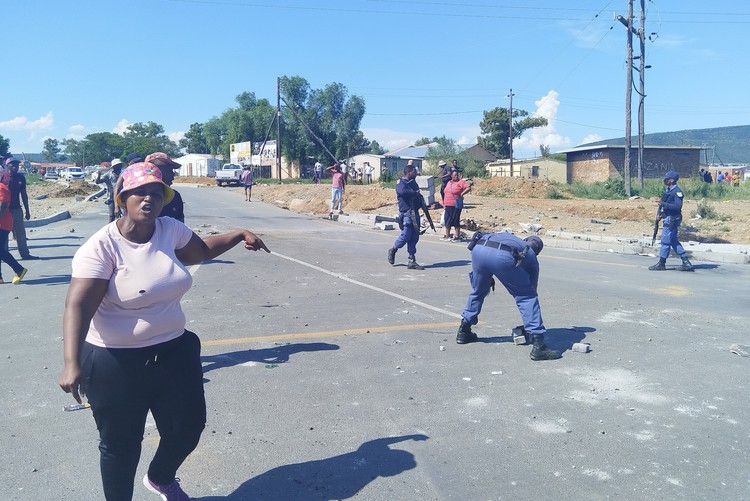 Police disperse people who blocked the R67 between Fort Beaufort and Alice on Monday.

Thandiwe Mahlanyana from Empolweni township said her family of six last had water on Friday. “We managed to fill four 20 litre containers from a tanker, but that water is not clean. My flush toilet is stinking and has developed stains because I don’t have enough water.” She said a local high school is also struggling to get water and often has to send learners home early, especially on hot summer days.

Sinethemba Gcememe from Coma Goma is unemployed. He has resorted to collecting and boiling water from a nearby river. “When I don’t have electricity, I drink the water and it causes stomach cramps. When a tanker arrives, people fight each other for water,” he said.

Mohammed Gangat of Gift of the Givers has been assisting people for three years. He said the water crisis in Fort Beaufort gets worse each year. “We send between 50,000 to 100,000 litres of water a day. Thousands of community members have no water including hospitals, schools and businesses.”

Mayor Ntsangani told GroundUp, “This is sabotage because all the four pumps are vandalised. We are going to investigate the cause,” he said.

Protesters warned the mayor that they will protest again if water is not restored by Wednesday. 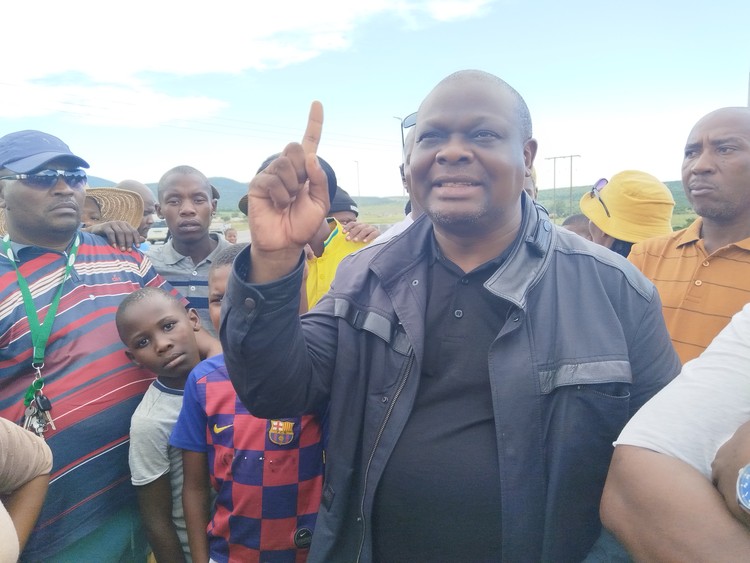