Protest against West Coast seismic blasting ahead of court case 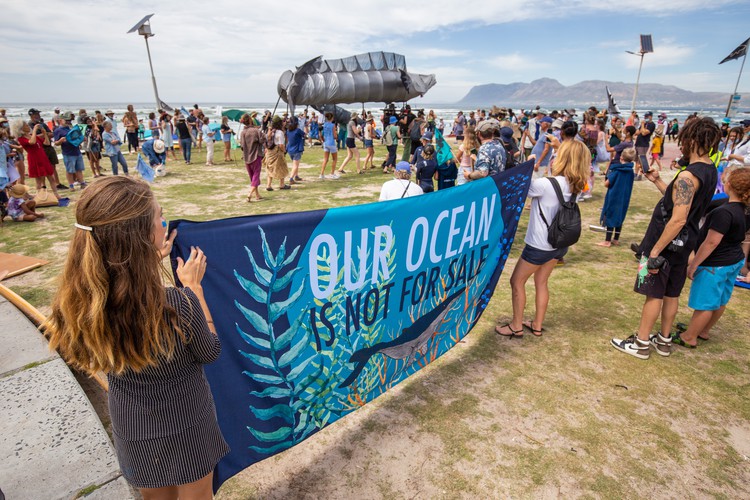 People protested against a seismic survey planned for the West Coast at Muizenberg beach on Sunday. An urgent court case is being on Monday in Cape Town. Photos: Ashraf Hendricks

On Sunday almost 100 people protested at Muizenberg beach to oppose a seismic survey along the West Coast of South Africa by an Australian company called SEARCHER.

An urgent application for an interdict to halt the seismic survey will be heard in the Cape High Court on Monday morning.

As part of the campaign, a giant snoek and whale puppet were carried through the crowd while drums were played. Protesters held placards reading “Save our seas”, “Oceans not oil”, and “Our ocean is not for sale”.

The protesters were from various environmental organisations, such as the Green Connection, Greenpeace Cape Town Volunteers, Extinction Rebellion, Coastal Links, and Project 90 by 2030.

Environmental groups are concerned that the seismic survey, which will cover a large portion of the West Coast, will have a huge impact on marine life.

The possibility of decreasing marine resources will in turn affect the livelihoods of the small-scale fishing communities who depend on marine life as a resource, according to Pedro Garcia from the South African United Fishing Front.

Garcia said that fishing communities are already struggling to survive with limited access to resources.

Priyanka Naidoo from the Legal Resources Centre (LRC), which is representing fishing communities in the matter, said they wanted SEARCHER to hold off on the seismic blasting until a court gets to review the matter.

“Our case essentially hinges on the fact that they have not consulted the people whose lives and livelihoods will be affected by the seismic blasting,” said Naidoo.

Elaine Mills of the Greenpeace Cape Town Volunteers told the crowd that they still had a long battle ahead, even though Shell halted its planned seismic surveys off the Eastern Cape’s Wild Coast, which stirred up a protest at the beginning of December 2021. 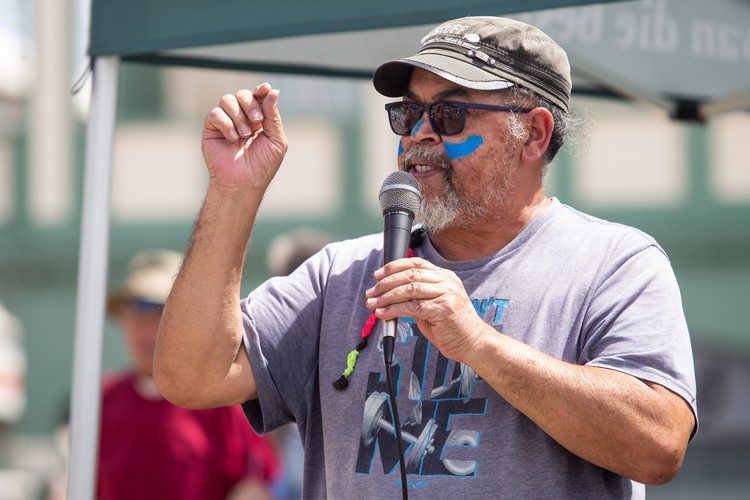 Pedro Garcia from the South African United Fishing Front said that fishing communities are concerned that their marine resources will be depleted by the seismic survey.

Mills also explained that it would be argued in the court matter that the process for receiving the permit was not done properly since local communities were not consulted about the seismic surveys.

Mills said that the effect on marine animals was a serious concern, such as the case of dolphins who depend on hearing to navigate, find food, and to breed.

Questions were sent to SEARCHER but a response was not received by the time of publication. SEARCHER’s website states that their permit had been granted by the Department of Mineral Resources and Energy. It said that the effects on marine life had been considered in the granting of the permit “along with identification of measures to avoid and mitigate these potential impacts, as provided from independent specialists”.