Police accused of shooting pregnant woman in her own yard

IPID is investigating the case 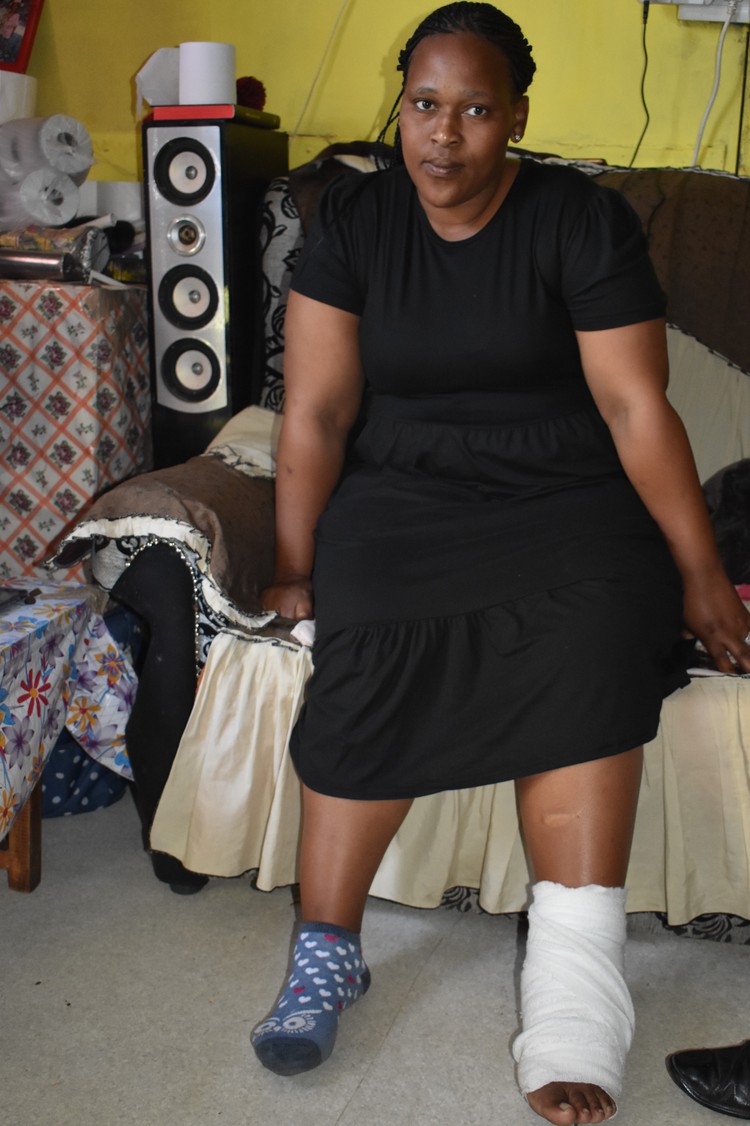 Vathiswa Mzam from Siyahlala informal settlement in Brown’s Farm, Cape Town says she was shot by police while in her yard on Sunday. The officers were apparently responding to an incident at a tavern near her shack. Photo: Buziwe Nocuze

The Independent Police Investigative Directorate (IPID) is investigating Nyanga police after a pregnant 28-year-old woman was shot in her yard, allegedly by an officer. It is believed that police were conducting an operation at a tavern near the woman’s home on Sunday.

IPID spokesperson Ndileka Cola confirmed the investigation into the “discharge of an official firearm by a police officer” in Nyanga.

Vathiswa Mzam from Siyahlala informal settlements in Browns Farm, Cape Town said she was washing the dishes at around 9pm when she heard a commotion outside. “I went out and saw cops chasing drinkers outside the tavern.”

Mzam said gunshots were fired and she was hit. “Community members tried to tell the police that they shot me, but they didn’t listen; they continued driving away,” she said.

Mzam was rushed to hospital where she was treated for a bullet wound in her left leg before going to the police station to report the incident. “While we were still waiting for the doctor at the hospital, a police officer came but not to take the statement,” said Mzam.

“They could’ve killed me with their negligence. I do not understand why they were shooting in the first place,” she said.

Mzam said police escorted her home so they could collect the bullet casings in her yard. The family refused to hand over the casings, fearing that police might try to deny shooting her. “We told them that we will only give them to the forensic people. They were not happy at all,” she said.

Thandokazi Nofuna, Mzam’s mother, said she wanted the officers responsible for the shooting brought to book. “I was sleeping when I received a call from my daughter’s neighbours that she had been shot. I rushed to my daughter’s shack. She was bleeding heavily. I was stressed and afraid that she might lose her baby.”

At the police station, Nofuna said officers at first did not believe them. “Police officers are supposed to protect us. I do not know if they are trigger happy or what, but something needs to be done,” said Nofuna.

Next:  School feeding: Auntie Dottie’s biryani is a hit with learners

Previous:  “Some learners don’t get proper meals at home and come to school hungry”