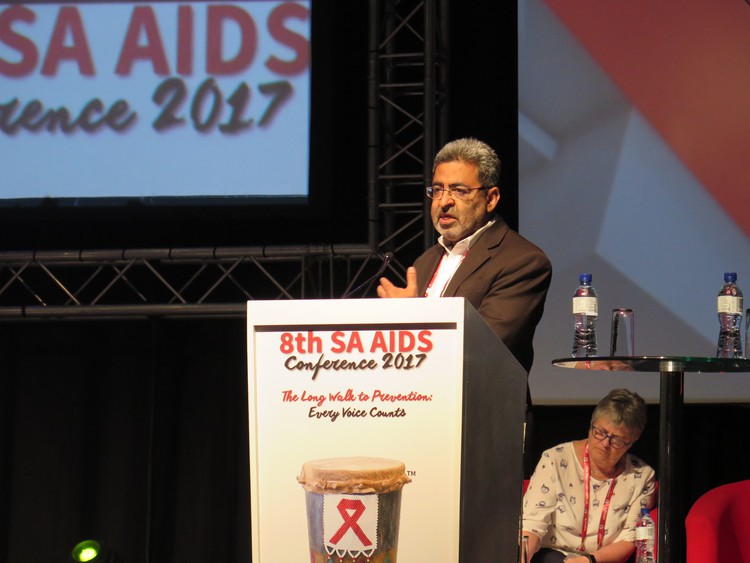 Dr Fareed Abdullah, who works at Steve Biko Hospital and was a director-general in the Western Cape health department for several years, has called for the 2021 local elections to be postponed. Archive photo: Ashleigh Furlong

The question before Justice Moseneke is this: Given the Covid-19 pandemic and the government’s response to the pandemic, can the IEC ensure that the general local government elections, scheduled to be held on 27 October 2021, are free and fair?

Municipal councils have a term of no more than five years, beginning from the day after the elections that brought them into office. After this term expires, elections must be held within 90 days. The last municipal elections were held on 3 August 2016. The 27 October 2021 date announced by President Ramaphosa in April is already at the very boundary of the 90-day leeway.

Over the course of the week of 28 June, Justice Moseneke has heard oral submissions from dozens of witnesses. The inquiry has received a large number of written submissions from all quarters of society, all of which will be considered, the IEC itself, over 40 political parties, over 20 civil society organisations, three election monitoring bodies, government departments and the ministerial advisory committee (MAC), and six categorised as medical experts.

Opinion is in no short supply. Some are more sharply considered than others.

Dr Faried Abdullah is Director of the Office of AIDS & TB Research at the South African Medical Research Council (SAMRC), former CEO of the South African National AIDS Council, and former Deputy Director General and head of the AIDS Programme from 1994 to 2006 in the Western Cape Department of Health. Currently he is also a doctor at Steve Biko Hospital at the frontline of the Covid-19 pandemic. He is a civil servant, respected across the political spectrum.

Abdullah’s submission systematically presents the inquiry with the many points of uncertainty and variability in the South African pandemic, which suggest that elections must be suspended. Abdullah writes that in the absence of Wuhan-style total lockdowns or watertight New Zealand-like border controls, the only way to control the pandemic is through mass vaccination – and we will not achieve the coverage that we need by October.

Other opinions suggest that it might be possible to hold elections in an infections trough — a moment when transmission and hospitalisations are low — and that the October period will be such a moment.

Abdullah disputes this: “If the pattern of the first three waves is repeated in the fourth wave, it is likely to begin during October and peak in December or early January 2022 as was the case with the second wave.”

While looking at the pandemic at a country-level might suggest a degree of predictability, this “masks local variation in the trajectory”. “At no point does the trough of all provinces align with the national average and this is even more evident in the death rates,” says Abdullah.

Trends vary from province to province, municipality to municipality. Abdullah points out that the pattern in the Free State undulates, unlike the sharp rises and falls in the Eastern and Western Cape. Meanwhile, the North West, Mpumalanga and Limpopo have had relatively small waves, and could face “much larger third waves.” Abdullah finds that this asynchronicity holds at the municipal level too.

For Abdullah, this unwieldy degree of variation in infections across regions means that, “there will always be some parts of the country which will be at a point in the trajectory of the fourth wave where it is experiencing an exponential rise … This could disproportionately affect turnout at the polls on election day.”

Activities essential to the political process, such as branch meetings, rallies, and door-to-door campaigning are “extremely high risk for super spreader events”, he writes.

Abdullah’s submission landed at the inquiry on 28 June as the might of the third wave was being seen in Gauteng’s hospitals. Despite over a year of lockdowns “we have not been able to optimise our health service”, have been unable to increase our capacity, and struggle with inadequate managers and leadership. It would be “unwise” for the IEC to believe that public hospitals could respond by October.

Abdullah presents the inquiry with a stark choice: “Any decision to proceed with an election will have to be taken with the full understanding that there will be significant risk of super spreader events either across entire provinces or within municipalities and smaller localities.”

Abdullah writes that elections should be suspended until a national vaccination drive has been completed.

Dr Aslam Dasoo of the Progressive Health Forum raises many similar points to Abdullah. The pandemic “poses significant risk to the health and lives of the electorate during the period preceding, during and after the poll and consideration must be given to … postponing the poll.”

If the poll cannot be suspended, then Dasoo suggests that all political rallies, whether indoor or outdoor, should be prohibited, regardless of whether they are below 50 or 100 people, and that in-person voting should be reduced as much as possible. Vaccination is Dasoo’s preferred solution too: “Constitutionally compliant postponement of the elections until, at least, the vaccination rate produces significant levels of community immunity must be a consideration.”

The submission from Dr Harry Moultrie of the South African Covid-19 Modelling Consortium (SACMC) suggests “the height and duration of resurgences are highly dependent on behavioral factors” such as campaigning activities. Further, new variants mean an upward revision to the 67% herd immunity threshold - and the odds of achieving this through vaccination by October are low, he argues.

The MAC’s 17 May submission adds to the argument on uncertainty. The MAC is open about it not being possible to predict the trajectory of future waves, and that it is “not possible to state with certainty what the epidemic situation will look like at potential future dates if voting is postponed”. The risks of possible transmission could happen during voter registration, during the voting itself, at rallies, and even door-to-door campaigning.

The submission from the Health Justice Initiative and People’s Health Movement (corralled in the civil society submissions but developed by health professionals) also raises crucial points about shortfalls in the IEC’s preparation documents. They point out that IEC’s procedures to minimise contagion at voting are silent on perhaps the most important contributing factor to infection - indoor ventilation.

Among political parties, major and minor, there is little consensus. The ANC wants elections to proceed. The party sees “no need to postpone elections unless the pandemic reaches more critical proportions by October 2021” at which point it would be content, at the very last minute, to “subject ourselves to a judgment call made by the IEC, that is informed by the best scientific advice available, and that is taken to the Constitutional Court for a final decision.”

The DA presents an opinion that the IEC will be able to ensure a free and fair election on time, as long as they stick to measures implemented for the November by-elections. And, the EFF disagrees with both - proposing a 12-month suspension.

Smaller parties are likewise in many minds. The inability to campaign in-person is a impassable impediment for some like the Khoisan Revolution Party who recommend a postponement until 2024, while the Moqhaka Community Forum feels that the crises of governance in the ANC-led Moqhaka Local Municipality are too great for any delay to be tolerated.

The pandemic clearly presents a difficult electoral calculus for political parties. The choice presented to Moseneke by expert medical opinion is no less tough.

Next:  Where are our ward councillors? ask flood victims