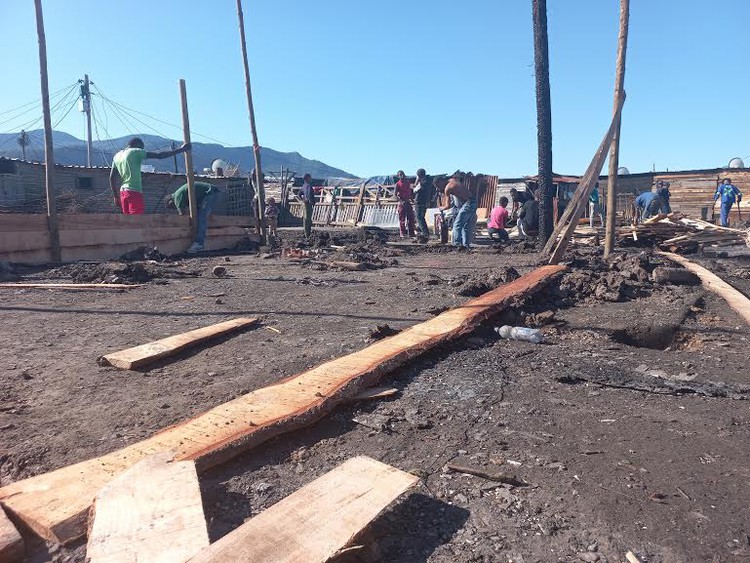 Protesters from Kurland in Plettenberg Bay closed the N2 on Tuesday, complaining that they had spent three days without electricity.

On Sunday morning a fire in Zawa Zawa informal settlement in Kurland burned down 19 shacks and left 35 people homeless. The fire also damaged electrical infrastructure and the electricity supply to the whole area was cut off.

Community members gathered at the office of ward councillor Jessica Kam Kam Tuesday morning, asking for an official to speak to them. When no-one came, they decided to close the N2 in protest.

Ntombenani Simoki, who has lived in the community for 20 years, was at the forefront of the protest, saying she’s tired of disrespect from municipality officials, who do not communicate with residents about the problem with electricity.

“We’ve been trying to reach Jessica but we were told by her receptionist that she is in a meeting. We are tired of this, we can’t do anything without electricity, the only way to get the attention of the municipality is to protest,” said Simoki.

“I did not go to work today because my child could not go to school due to this. I can’t bath my child in cold water. I don’t have wood to make fire and warm the water. I can’t even cook; we ate bread before going to bed last night. I am missing days from work and afraid I might be in trouble.”

“Nothing seems to work in this area. Even the Fire Department does not operate night shift. Maybe this electricity cut out could have been prevented if we did not have to call a fire department that’s 22.4 km away and took an hour to get here, when we have a station just across the road that could have taken less than five minutes to arrive, “ said Simoki.

Kam said: “It normally takes about three to four days to resolve in cases where infrastructure has been damaged.” She said the municipality had promised the problem would be fixed on Wednesday.

Communications officer in Bitou, Andile Namntu, confirmed that the fire department was not operating night shift but could not say why.

Previous:  KZN family says police assaulted them and took goods that were not looted