Some classrooms in Arcadia Senior Secondary have no electricity, the roof leaks, and science and computer studies have been suspended because of vandalism 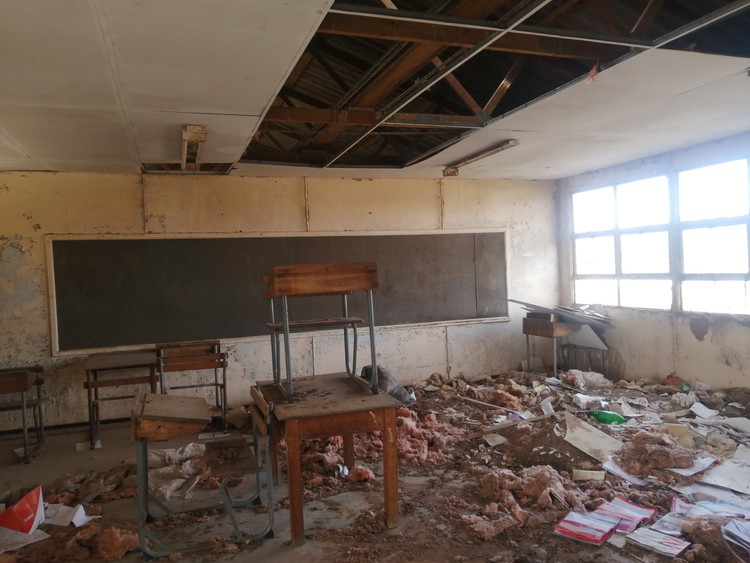 Pigeons are nesting in some of the classrooms at Arcadia Senior Secondary School in Gqeberha. Photos: Mkhuseli Sizani

Pigeons are nesting in the classrooms of Arcadia Senior Secondary School in Gqeberha. The roof and walls of the prefabricated building leak and vandals have looted kitchen equipment, doors and window panes. Science and computer studies have been suspended because of fears the equipment will be stolen.

He said he would write to the Commission and ask that Arcadia be demolished and rebuilt.

“This school is not even worth being used as a kraal for animals. If animals stayed in the school, the SPCA and other animal organisations would have taken the government to court,” said Martin.

He said Eastern Cape Premier Oscar Mabuyane promised in May 2019 to fast track the process of building the school. “When the Premier left its gates two years ago, the right thing he should have done was to lock it and order it to be rebuilt from the ground.”

He said Mabuyane had broken his promise. But Mabuyane’s spokesperson Mxolisi Spondo said this was not true. “All schools are fixed in line with the infrastructure programme led by the Department of Education. The school remains part of the priority schools that will be renovated. Government is operating on constrained resources due to Covid-19 which forced reprioritisation.” 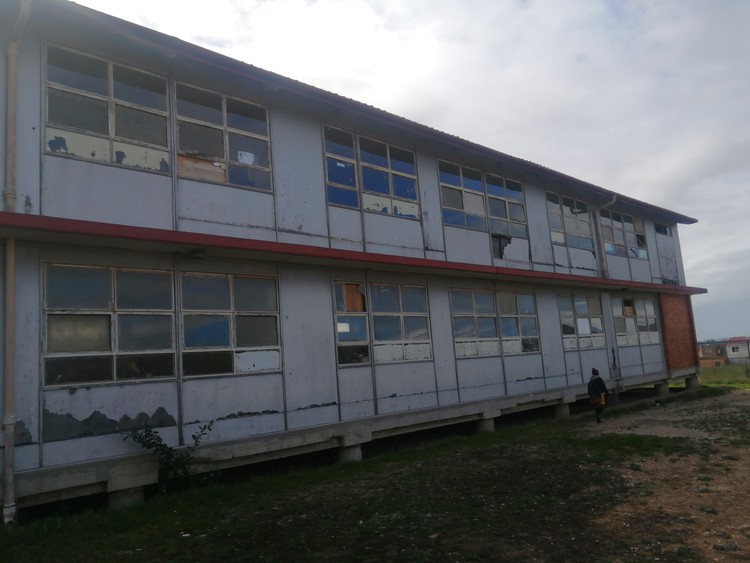 This prefab building was put up in 1975, says the School Governing Body.

But Daniel Oliphant, chair of the School Governing Body said, “On 9 September the education district director, chief director and chief specialist for infrastructure were here to inspect our school building. They said they will only start in 2023 with surveying to see whether the school needs to be built or renovated.”

The SGB said the school was built in 1975 as a temporary structure, intended to be used for only five years.

“We told them that learning and teaching has been severely affected by these deplorable conditions. Our school is overwhelmed by a series of burglaries because thieves are looking for metal that joins together these wooden walls,” he said.

“This year alone we had six burglaries. In June all our nutrition was stolen in the kitchen, also the microwave, seven doors, ten door frames, three CCTV cameras and an overhead projector.”

“We use 25 classrooms and ten of them have no electricity due to vandalism. We also had to replace 86 window panes and seals in ten classrooms. In 2020 we spent about R200,000 in repairs. So far this year we have spent about R90,000 of our budget,” he said.

“Learners can’t concentrate in classrooms because on wet days the roof and walls leak. On windy days the top classrooms shake and we are forced to let the learners go home. Our school is full of lice and ticks because most of the classrooms have become pigeons’ nests.”

He said the school has 890 learners. The girls have 12 toilets and two are faulty. The boys share nine toilets and only five are working. He added that during water outages in the area, they have no choice but to let learners go home because they have no Jojo tanks. 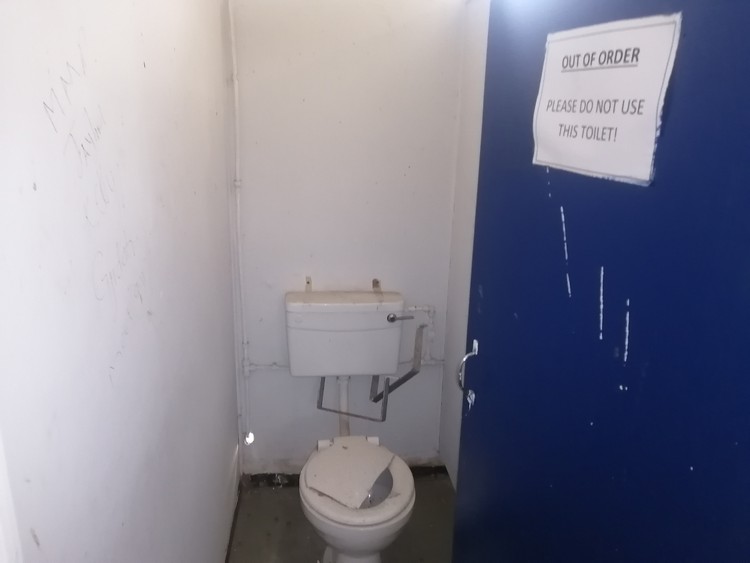 Many of the toilets do not work.

Science teacher Tracy Wagenaar said, “If we set up a science lab, the vandals loot everything. Our learners are far behind in this subject compared to other learners from other schools.”

Grade 9 learner Ntandokazi Nkosana said, “I want to change schools next year because physical science and computer studies are not offered here. On top of my desk there is a leak and we freeze in these classrooms.”

“The classrooms are too dark and we cannot see properly on the board.”

Next:  Court victory for blind people after 11-year battle