Some classrooms at Bantuvukani Primary School in Lamontville have broken windows and ceilings. Others do not have doors. 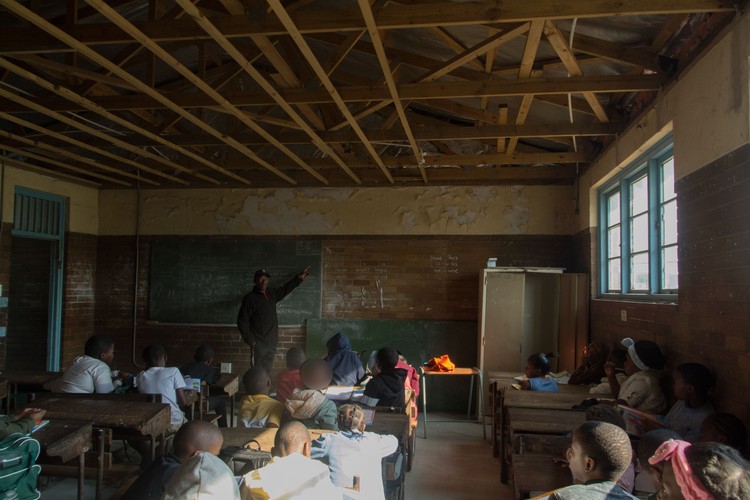 Exposed roof, peeling paint, and a doorless classroom are just some examples of the poor state of the infrastructure at Bantuvukani Primary School in Lamontville. Photos: Benita Enoch

More than 60 learners are crammed into one class at Bantuvukani Primary School in Lamontville, south of Durban. The school is one of the oldest in Lamontville and is badly dilapidated.

Some classrooms have broken windows and ceilings. Others do not have doors. Classrooms without doors have security gates wrapped in plastic in a bid to keep out cold winds and rain. The school is also without electricity.

On 21 July, parents and learners locked the gates to demand that the provincial education department fix the poor state of the school. They accused the department of failing to keep its promise to fix the school after it was badly damaged in a storm in October 2017.

According to school governing body (SGB) deputy chairperson, Thami Radebe, the department had appointed a contractor in 2018, but the job was never completed.

“The [incomplete] work done was so badly that we had to close off certain areas of the school to avoid children getting hurt,” he said. Radebe said classrooms without doors have become a big safety risk too because of “stray dogs and a lot of wild monkeys that come into the classroom sometimes”.

Mlungisi Mbele, a parent and chairperson of the SGB, said the school was quoted R1.4-million for electrical repairs and upgrades alone. Work on the connections had resulted in a fire and the power was never restored. “The entire school was plunged into darkness. At one stage, parents were giving money to a neighbour to run an extension cord from her house to the school,” he said.

Mbele explained that the school was declared a no-fee school in 2014. “The school serves a very poor community,” he said.

He said in one class there are between 60 and 70 learners “because certain buildings are not safe”. 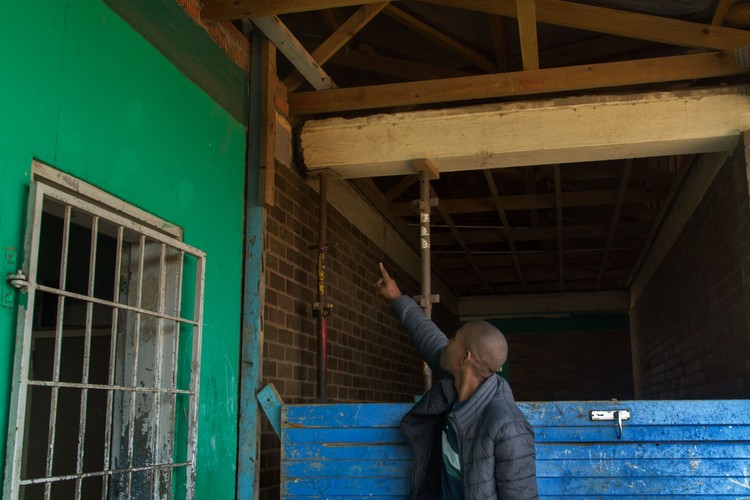 SGB deputy chairperson and parent Mlungisi Mbele points out a part of the school’s corridor that has been closed off using an old door. Scaffolding still holds up an incomplete roof.

According to a document dated 9 April 2019, Pshika Trading Enterprise — the company hired to do repairs at Bantuvukani for the storm damage — completed and partially completed work included repairs and renovations of ceiling boards, painting, gutters, and window glazing.

However when we visited the school earlier this month, the property did not look like what you would expect a newly renovated school to look like.

Mangoato Klaas, owner of Pshika Trading Enterprise, confirmed that his company did work on Bantuvukani. He directed all questions to the department when we asked how the projected R3.8-million budget was spent.

The SGB said that a new contractor was appointed on 21 July to build new toilets but has only completed the cement foundation so far. They were told renovations would begin in January 2023.

GroundUp has not been able to verify these claims as the department has not responded to our questions.

Learners were without toilets for four months

The entire roof structure on the girls’ toilet block was removed and can no longer be used. Shrubbery is growing inside and around the toilets.

Radebe said the toilets have been in this state for five years. He said in 2018, the department delivered 14 mobile toilets. This was meant to be a temporary solution while new toilets were to be built but this never happened.

The mobile toilets, for girls and boys, remained at the school until March this year. “We asked the department why expensive toilets are rented when the money could have been used for construction. We never got an answer,” said Rabede. 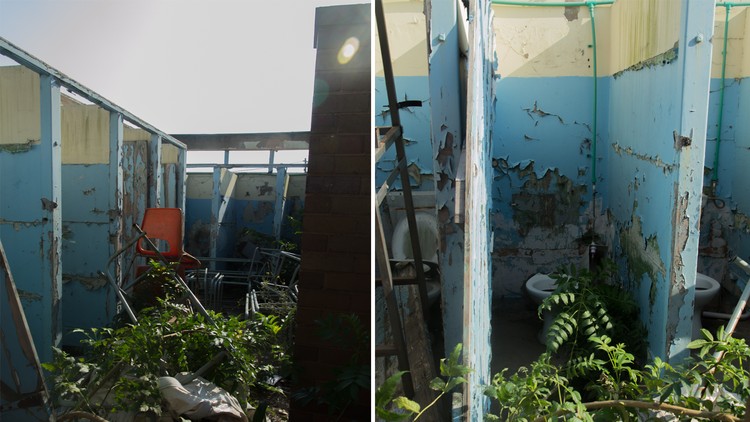 The girls’ toilet was completely destroyed after the roof was ripped out during renovation in 2018. This was never replaced.

Radebe said that between March and when the parents protested in late July, learners were forced to pee and poo on the school’s field behind their classrooms. “Parents were very angry that months had gone by and their children were still in the same position.” 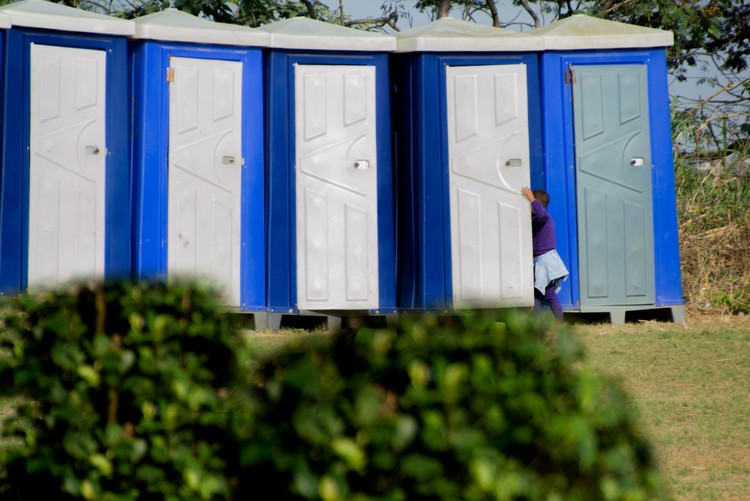 The school now relies on these mobile toilets. But between March and July, learners were peeing on the field behind their classrooms.

The original article mixed up the SGB chairperson and deputy-chairperson roles of Mbhele and Radebe.

Previous:  Durban residents repair flood damage, give up on government