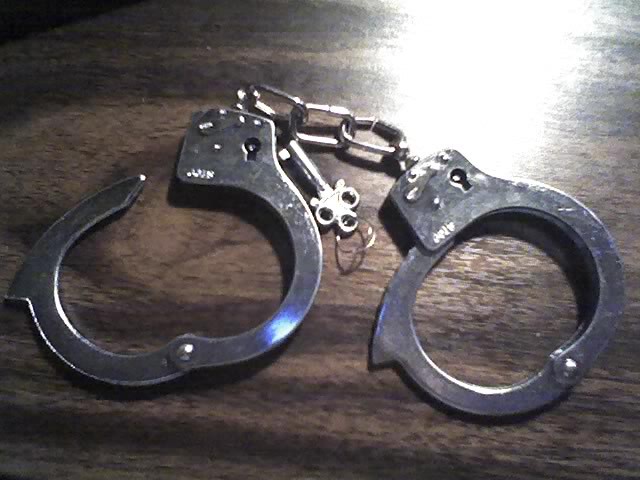 OUTA has lodged criminal complaints implicating the National Lotteries Commission management and board. But will there be arrests? Photo via Flickr user MIKE (CC BY-NC-ND 2.0)

The complaints were laid at Brooklyn Police Station in Pretoria on Monday by OUTA’s Head of Investigations Christian Wilhelm Frederich Neethling.

Both the Chief Operating Officer of the NLC, Phillemon Letwaba, who has been linked to several questionable projects, and Lottopreneur lawyer Lesley Ramulifho are named in the OUTA complaints. The complaints are in terms of the Prevention and Combating of Corrupt Activities Act (PRECCA) and Proceeds of Crime Act (POCA).

OUTA also laid a criminal complaint against the Board of the NLC in terms of the Public Finance Management Act (PMFA) for allegedly failing to act against corruption.

The projects named in OUTA’s complaint all received “proactive” funding, in terms of which the National Lotteries Commission (NLC), its board or the Minister for Trade, Industry and Competition can allocate a grant to a project without first having to receive an application for funding.

One of OUTA’s complaints is against I Am Made 4 God’s Glory (IAM4GG), which is controlled by Ramulifho. It received R11.3 million for a “sports facility” in Limpopo but GroundUp has been unable to find proof that this was ever built.

Leaked bank statements revealed how IAM4GG, soon after receiving the Lottery funds, in turn paid R2 million to a private company of which the sole director is Letwaba’s cousin. The NLC has previously declined to give details of the project, including where it is situated.

The other complaint is related to two grants of R10 million each to non-profit companies Zibsifusion and Dinosys to build toilets at schools in Limpopo and the Eastern Cape. A GroundUp investigation revealed how the two projects were effectively a single project run out of Ramulifho’s Pretoria law offices.

Ongoing investigations by GroundUp have shown how hundreds of millions of rands were given for large infrastructure projects — like old age homes and drug rehabilitation centres — that are still incomplete at least three years after Lottery funding was received.

“Pro-active funding is at face value a noble cause, aimed to uplift and empower vulnerable members of society by providing much-needed funding to non-profit organisations to assist communities and related projects,” OUTA said in a statement. “Unfortunately, these funds do not all reach the vulnerable but are diverted once the funds reach the charities (which are either hijacked or disguise the beneficial ownership).”

While “conventional procurement practices” required documentation like requests for proposals, the proactive funding model “has no such prerequisites,” OUTA said in its complaint. “[It] circumvents cumbersome procedures as prescribed by legislation.”

Neethling said that OUTA had conducted an investigation “into a series of irregularities” involving proactively-funded projects and had “a reasonable suspicion” that money was being used “in an illegal manner without the proper executive oversight”. OUTA had also “identified an array of private entities and individuals who had benefited from funding originating directly from the NLC.”

An example of this was where an amount of about R10 million was paid by the NLC to a charity for the construction of a sporting facility, but an OUTA investigation could find no evidence that it was ever built, OUTA said.

OUTA said it had previously engaged with the NLC on its responsibility to ensure that the grant funding was used for its intended purpose. The NLC had given an assurance that “all necessary checks and balances are in place. The fact that looting continued could mean only one of two things: “Firstly, the NLC itself failed in its fiduciary duty to ensure that public funds are utilised lawfully, so should be held to account in terms of the Public Finance Management Act. Or, secondly, senior NLC officials are intentionally turning a blind eye and are thus complicit and criminally liable.”

“OUTA believes that the latter situation is prevalent, considering a long list of personal and business relationships between officials and the so-called charities.”