Oudtshoorn families accuse municipality of sidelining them for housing 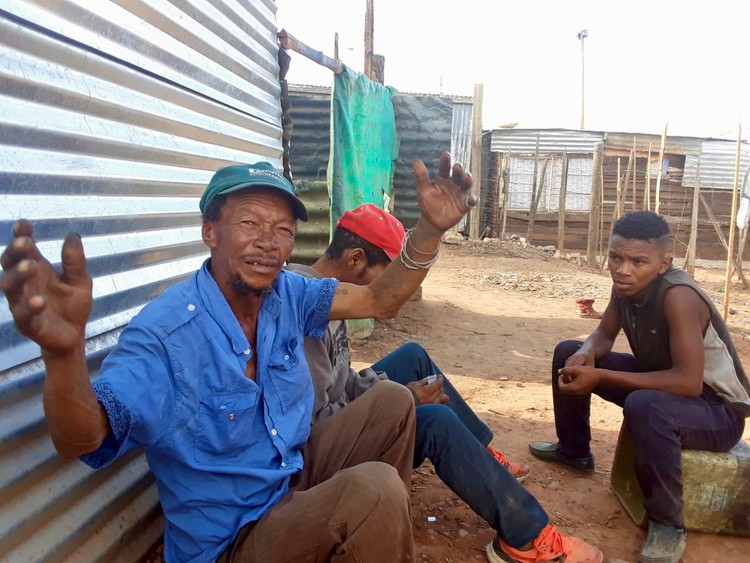 Samson Paul describing his frustration at waiting for a house. Paul says he applied for housing in 1994. Photo: Mpumi Kiva

Families who have been living on a portion of council land in Zone 14 informal settlement, outside Bhongolethu, have accused the Oudtshoorn Municipality of sidelining their calls for housing.

Residents say most of them moved onto the land in 1996 as backyarders. Since then, the area has mushroomed with about 100 families now occupying the space. In some instances, a family of eight share a one-room shack.

Residents say the lack of proper sanitation and electricity. Most families at Zone 14 are unemployed and survive on monthly social grants and casual work from the local abattoir and timber factory.

Community leader Sonia Melvern said, “These are families who have been renting in the backyards or living with their families. The majority have been on the housing waiting list for many years. We are pleading with the municipality to allocate houses for these families because they have been very patient.”

“Houses are being built and allocated but we don’t see progress for the people of Zone 14. Only promises each time we have a meeting with the council,” she said.

Resident Samson Paul, 53, moved to the informal settlement in 1999 after having lived in the backyard of his family’s home for many years. He applied for housing in 1994 and is still waiting, he said.

“We shall see these politicians coming to beg us to vote for them next year for the local government elections. Every time they visit and promise us a lot of changes but after elections disappear for good,” he said.

“I live with my three kids in this shack. It’s cold winter and we don’t have proper sanitation and electricity here. I am really frustrated. l don’t know how long I should be waiting for a house.”

Oudtshoorn Municipality spokesperson Ntobeko Mangqwengqwe said that the provincial Department of Human Settlements and the municipality are in talks regarding the development of Zone 14.

“The municipality is engaging with leaders of the community of the informal settlement and provincial department of human settlement. Funding has been allocated by the Western Cape government to build family structures and proper sanitation in the informal dwelling,” he said.

Mangqwengqwe said the project was expected to start in 2021.

Next:  Police watchdog promises to improve, but controversial targets remain