Makhanda occupiers say they can no longer afford to pay rent

Municipality is concerned with informal settlements mushrooming in the city 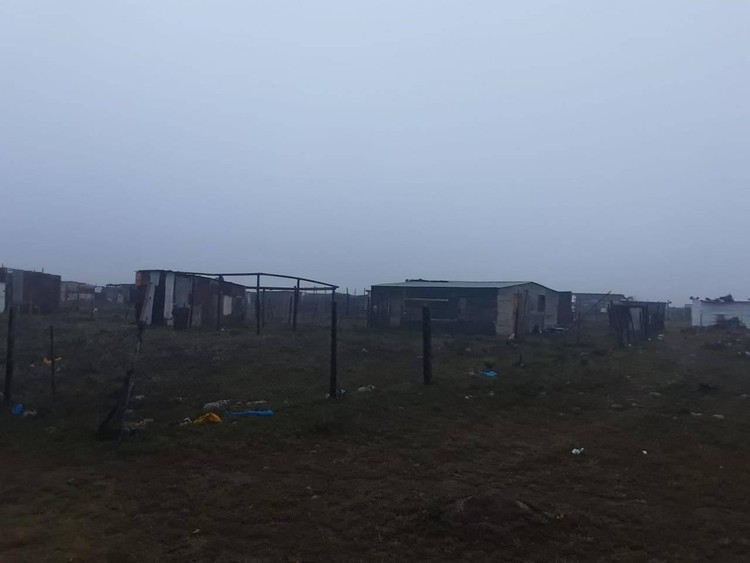 In Ethembeni in Extension 7 in Makanda people started constructing mud houses and shacks late last year because they could no longer afford to pay rent. Photo: Loyiso Dyongman

“These new informal settlements are not approved by the municipality. Once people build informal shacks, they start to demand water. After that they demand electricity and other services. We are not going to demolish them before we get a court order,” said Mpahlwa.

He was start of two new informal settlements in the city. On land in Extension 8, people began marking out plots on a piece of vacant land earlier this month. A church and goat kraal have already been built.

On Tuesday, residents in Extension 7 and 8 complained that the municipality has failed to provide them with housing.

In Extension 7, Ntsikelelo Budaza, 43, said: “I can’t stay with the whole family at home. I need my own house for my wife and kids. I have been living with my mother and sisters all my life and now I have a family.”

Budaza said he has become despondent about receiving an RDP house which he applied for years ago.

In Extension 8, Madoda Zweni, 40, who is unemployed said: “If you don’t just build your own shack, you will die without ever owning a house.”

He said that when the municipality builds new houses, the allocation process is unfair..

Nomathemba Mali, 54, from Extension 8 said she has been renting for many years and could no longer afford it. “I’m a domestic worker and only work a few hours for three days a week. I get R1,440 a month and have to buy groceries, electricity, R24 per taxi trip to work, and R600 for rent.

“I’m a single mother living with my 16-years-old granddaughter. For the whole month we depend on this money. The R600 rent we now won’t have to pay will make a difference,” said Mali.

Nomakhosazana Seyisi, who has an RDP house near the land where people are erecting structures, blamed the government for failing to provide enough housing for people. She said she was sympathetic towards the residents who were desperate for a place to stay. “These people can’t afford to pay rent as they are unemployed. I used to rent before too and understand their frustrations,” said Seyisi.

It is unclear at this stage whether the municipality will try and remove the shacks homes being built on the two plots.

Next:  SASSA’s Uitenhage office only serves 50 people a day. This is what it looked like at 1:30pm