About 300 members and supporters of Reclaim The City gathered at Queen’s Park High School in Woodstock on Thursday, Women’s Day. This was Reclaim the City’s first annual congress.

This is the organisation that organised the occupations of Woodstock Hospital and Helen Bowden Nursing Home opposite Cape Town’s Waterfront. Both properties, owned by the Western Cape government, were empty at the time. Up till now the provincial government has taken no steps to evict the occupiers.

Members of Cape Town civil society organisations, such as #UniteBehind, Social Justice Coalition (SJC), Equal Education and Abahlali Base Mjondolo attended in support. The SJC’s General Secretary, Axolile Notywala, told the meeting: “We should work together and support each other. If Reclaim the City needs anything, call on the SJC and we will gladly help.”

The audience sang struggle songs, such as “Asinalo uvalo [We are not scared]”. 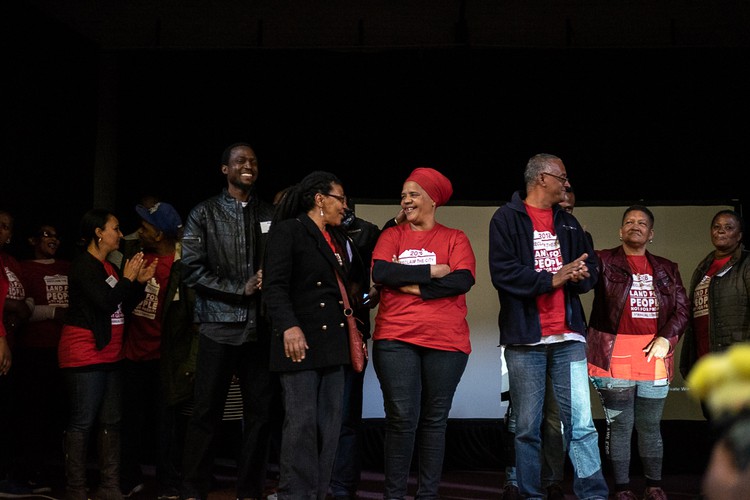 Belinda Diedricks who was elected to Reclaim the City’s leadership smiles on stage with fellow elected members. Photo: Barry Christianson

“We are not occupiers. We are tenants,” said a speaker, Belinda Diedericks, who lives in Woodstock and has been active in Reclaim the City. “The worst part was having little knowledge about what to do and where to go when you’ve been evicted. This campaign educates us about the law, our rights and what a legal eviction looks like.”

Outside the meeting three people protested against violence against women that has allegedly occurred at one of the properties.

The main purposes of the congress were to elect new leadership and adapt a constitution.

Bevil Lucas, also a member of Reclaim the City, explained to the audience that the adopted Constitution was an interim one because more time was needed to get feedback on it. 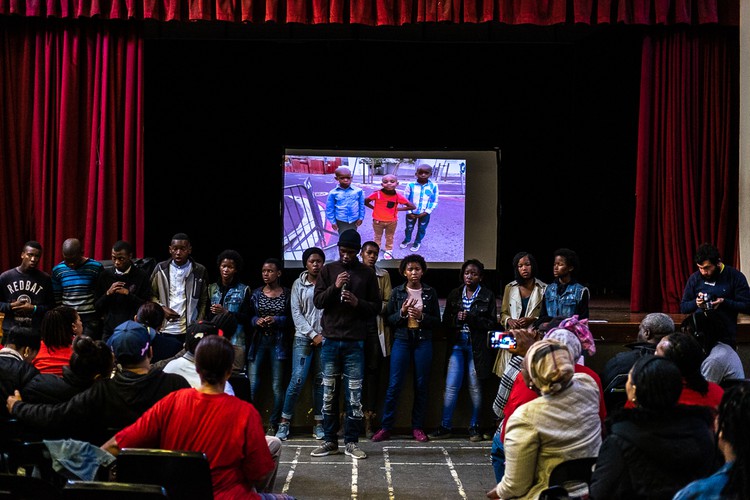 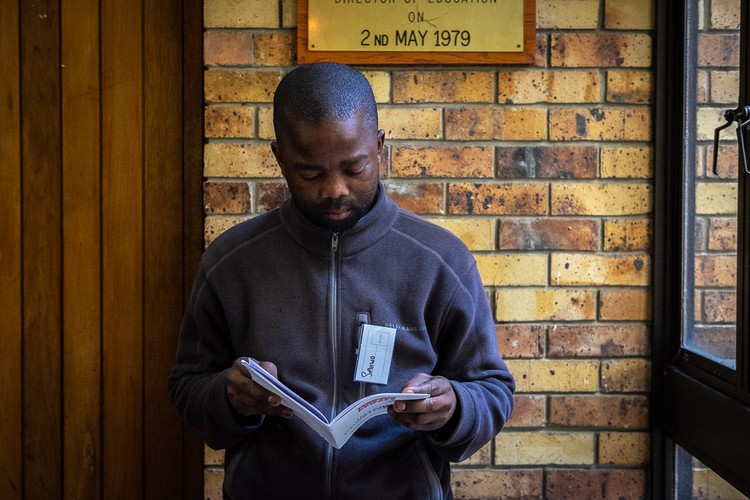 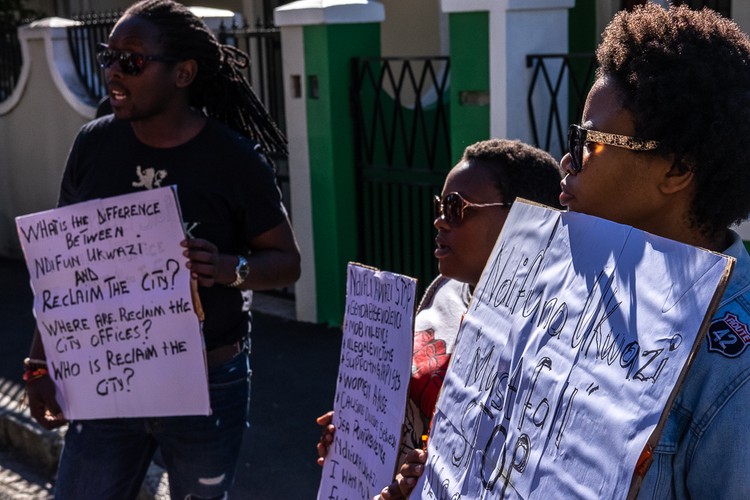 Three people protested against Reclaim the City outside the congress. Photo: Barry Christianson