Despite the loss of their earnings, striking workers are determined not to give up their demands 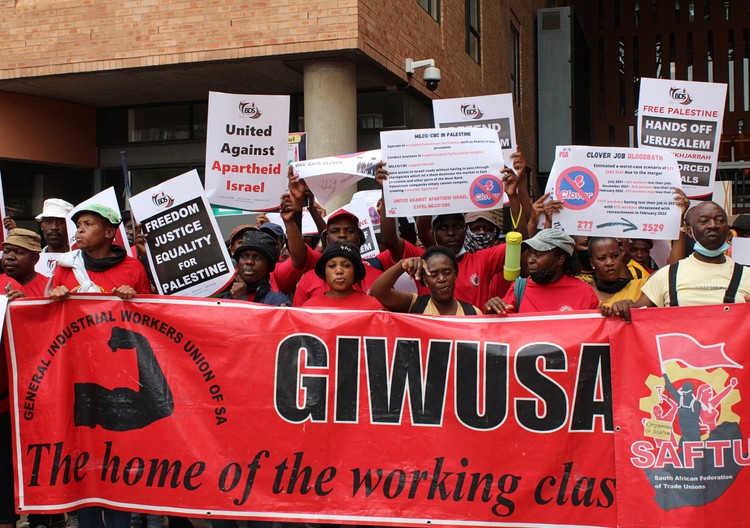 Hundreds of striking Clover workers picket outside the Department of Trade, Industry and Competition’s offices in January against job losses, salary cuts and factory closures. Weeks later, many of the workers say they will continue to strike until their demands are met. Photos: Masego Mafata

For 14 years, Marriam Mamabolo has worked as a Clover merchandiser, packing and stocking the company’s dairy products in shops across Gauteng.

Mamabolo’s household relies on her monthly income of R8,700 which has to cover food, her two children’s school expenses and other costs. She says Clover has proposed a 20% cut to her salary which means she will take home just over R6,000. “How am I supposed to make ends meet with that amount? Food prices and transport costs are rising but [Clover] expects me to make do with a salary cut,” says Mamabolo.

Since November 2021, Mamabolo has been on strike, along with thousands of other Clover workers who are members of the Food and Allied Workers’ Union (FAWU) and the General Industrial Workers’ Union of South Africa (GIWUSA). This means she has not been paid for three months.

Workers are demanding that Clover stop plans for further retrenchments, factory closures, salary cuts and for dismissed workers to be reinstated. They also want the company to be independent of the Israeli company Central Bottling Company (CBC) which acquired Clover through the Milco SA consortium in 2019.

According to the unions, about 2,000 people have lost their jobs at Clover so far.

Since the strike started, Mamabolo has joined other workers picketing outside the Clover plant in Clayville, Ekurhuleni from about 6am until 5pm almost daily.

John Ngwane, a machine operator, has worked at Clover for 26 years. He says the company wants to make work on public holidays compulsory and change shifts from nine to 12-hour shifts. “They are changing our contracts of employment and we are saying no,” he says.

“We have had to rely on relatives to help us with food and money for our bills,” says William Satekge, another striking worker. “I haven’t been able to buy groceries for my family or pay my rent and my landlord’s patience is wearing thin,” he says. But, says Satekge, going back to work would mean “accepting slave conditions”.

GroundUp reported that on 18 January that private security guards fired rubber bullets and teargas at striking workers outside the Clover plant in Clayville. An attack on three striking workers on 7 February, at the same plant, resulted in a worker spending days in hospital.

A case of murder was opened at the Midrand Police Station following the death of Fidelity security guard, Tsephe Molatsi, on 22 January.

A second security guard, Terrence Tegg, a former member of the South African Special Forces Brigade working for PPS Security, died on 17 February. Cleta Mohale Shokane and Nkosinathi Mbatha were arrested and charged with murder, attempted murder and robbery of rubber-bullet guns, according to Phindi Louw Mjonondwane, National Prosecuting Authority spokesperson. They appeared at the Tembisa Magistrates Court on 21 February and are due back in court on 2 March.

Steven Velthuysen, group manager at Clover, said it was “horrifying” that the unions had not “accepted any responsibility even though their members are clearly captured on video and stills taking part in gruesome violence”.

GIWUSA president Mametlwe Sebei has said that the unions are investigating the death of Tegg. “Violence does not advance the cause of the workers’ struggle at Clover. Our strategy has always been about building a campaign of nonviolent mass action,” he said last month. Sebei said the information gathered so far by the unions contradicted what Clover was saying.

Meanwhile, there have been two failed negotiations between Clover and the unions mediated by the Department of Trade, Industry and Competition.

In an attempt to find a solution to the strike, the Department of Employment and Labour has intervened and meetings between Clover and the unions are taking place this week. 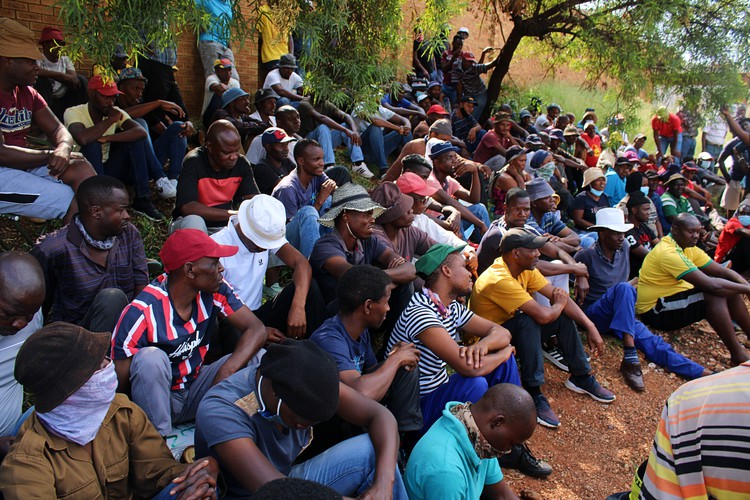 Striking Clover workers have been picketing outside the Clover plant in Clayville almost every day.

Next:  Stellenbosch students march against war in Ukraine