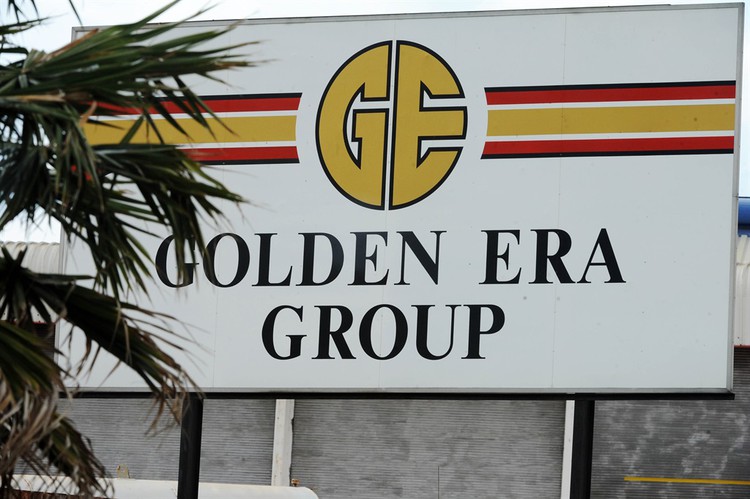 New Era’s parent company, Golden Era, issued suspension notices to 86 workers when they refused to work after at least 12 staff members tested positive for Covid-19. On 26 June, six of those workers were dismissed. Photo: Supplied by CWAO

Six workers at New Era Packaging in Germiston, Johannesburg, have been dismissed for participating in what the company deemed an unprotected strike and for bringing the company’s name into disrepute. They were dismissed on 26 June.

On 12 June, about 86 employees refused to work because a number of their colleagues had tested positive for Covid-19 and they had concerns that the workplace was not cleaned. The workers accused the company of purposely withholding information about outbreaks, forcing them to continue to work in “unsafe environments”.

The workers were then suspended, pending the outcome of their disciplinary hearings on 17 June. In the suspension letters, New Era said the refusal to work constituted an unprotected strike and the offence was serious enough to warrant dismissal if found guilty.

Other workers are still waiting to appear before a disciplinary committee.

“They expected us to get [to the hearing] and say we were guilty but we don’t feel guilty because we were afraid for our lives,” said a worker at New Era. The worker asked to remain anonymous.

She said charges against her included “disrespecting the managers” and participating in an unprotected strike.

On Tuesday, the workers were told to fetch their provident fund and Unemployment Insurance Fund forms, before leaving the company, the woman said.

Virginia Olyn, one of the workers who tested positive for Covid-19, said she was dismissed for sharing a press release sent out by the Casual Workers Advice Office (CWAO) on Facebook. The press release on 10 June was about New Era workers who accused the company of hiding positive cases.

“They said I was breaking company policy by dragging the company’s name through the mud and now the customers don’t want to work with them anymore,” she said.

Olyn said she was also charged with “inciting violence” after posting a “threatening” status aimed at New Era on her WhatsApp. She said the company referred to it in the hearing.

Jacob Potlaki, an organiser at CWAO, said workers will be lodging a complaint at the Commission for Conciliation, Mediation and Arbitration this Friday.

GroundUp has sent several text messages and emails to Asha Chhita, Managing Director of New Era’s parent company, Golden Group. In an SMS response, she claimed not to have received the questions we sent. After resending the questions to her by SMS, we have still not got a response.

Next:  Lockdown in pictures - Day 98: Call to close schools

Previous:  Protesters against gender-based violence complain of being manhandled by police