The Department of Social Development’s proposals have been described as ludicrous, but are they really? 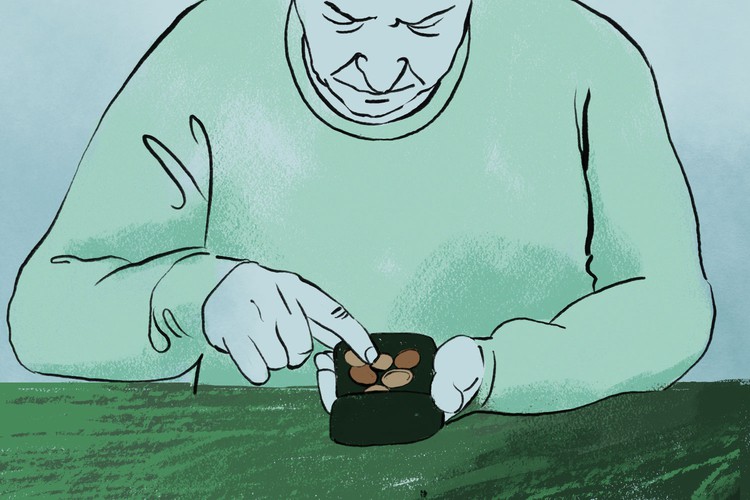 “Furious pushback”; “disastrous for SA economy”; “threat of tax revolt”; “scepticism”; “state capture 2.0”; “outrage”; “would wreak havoc”; “ludicrous plan”; “set up to fail” : when the Department of Social Development released its Green Paper on Comprehensive Social Security Reform, there was a strong response from economists and some politicians.

But how well-founded are these arguments? In this article we try to unpack some of the main criticisms of the paper, which proposed a National Social Security Fund to which all workers earning over R1,667 a month would contribute. Employers and employees would initially contribute between 8 and 12% of earnings up to a ceiling of R23,000 a month.

This is a “left socialist idea”

In a TimesLive article, chief economist of Efficient Group Dawie Roodt says, “Clearly what this [green paper] has in mind is the increase in taxes and for the state to force us to save more and for politicians to get more power over our savings. This is just a left, socialist kind of idea which in practice is not going to work.”

But the National Social Security Fund proposed in the Green Paper is a direct descendant of Germany’s 132-year-old Public Retirement Insurance System, or Gesetzliche Rentenversicherung. This is the oldest public pensions scheme, and was itself based on reforms put forward by Napoleon III. This Gesetzliche Rentenversicherung was introduced in 1889 by German nation-maker Chancellor Otto von Bismarck - a man who suppressed all independent labour organisations, all socialist organisations, and all their publications, and jailed thousands of people that his government had identified as socialists.

Bismarck’s motivation for introducing the Gesetzliche Rentenversicherung was to quell any “perceived threat of social unrest” in the recently unified German state. His reasoning was not that the elderly should not suffer on retirement, but that it was essential to introduce the system so that the state did not collapse.

The state will mess it up or steal our money

Reuben Maleka, of the Public Servants Association (PSA), said that the PSA “regards this proposal as another attempt by the government to get its hands on overtaxed workers’ hard-earned money”.

In an article for the Cape Argus, Roodt says: “The Green Paper is all well and good, but we can’t afford it … The downside is that it proposes a substantial increase in taxes and this is not going to happen as the South African taxpayer is already overburdened. As these things go, it will probably be under the control of some politician and most likely be mismanaged.”

Economist Daniel Silke said: “The big problem is that the expectations of delivery from the state are so poor and its credibility and management capacity are so poor that asking South Africans to contribute in this way is fraught with great risk from the point of view of those South African salary earners who will be expected to contribute.

“It really is a case where the state cannot mandate this kind of contribution into this kind of setup unless it really has proven itself to be an effective and efficient manager of large scale state assets and not a waster of resources through inefficiencies and graft and corruption.”

But as we have outlined, the Green Paper puts forward a public, rather than state-run scheme, which keeps political control at ‘arms-length’, in line with international norms and standards. The Green Paper proposes a system that would minimise political interference in the governance of the fund.

And most inflows would be immediately sent out to pensioners, because contributions from those currently working would be used to pay those who have retired.

This is just another tax

Economist Mike Schussler said, “We want to be like Europe when we don’t have the income or tax base. It’s not possible.”

Columbia has a national pensions scheme augmented by private supplementary offerings - almost exactly the set-up described in the Green Paper. And average retirement income as a proportion of income earned before retirement (the replacement rate) in Columbia is 74%. In South Africa it lies between 17%-20%, according to the Organisation for Economic Cooperation and Development.

The DA’s Geordin Hill-Lewis, shadow finance minister and mayoral candidate for Cape Town, argues: “The proposal is essentially to tax low-income workers and the struggling middle class much more.”

Mandatory contributions are not the same thing as taxes, and would replace contributions that a person would otherwise be making to a privately managed fund. Further, workers’ contributions would have a direct impact on their retirement income. This is not a tax by any usual definition.

The Green Paper came as a surprise

This paper came as a surprise to the constituencies at the National Economic Development and Labour Council (NEDLAC), Treasury deputy director-general Ismail Momoniat told Business Day in August.

But a national mandatory retirement fund has been part of thinking across government departments for close to two decades, since the 2002 publication of the Taylor Committee of Inquiry into a Comprehensive System of Social Security for South Africa. It has been a constant feature of discussion papers since then.

For instance, in a 2010 paper on bargaining council retirement funds compiled by Jacques Malan and Associates for the Department of Labour, lessons for designers of a National Social Security Fund are offered. And these are based on even earlier proposals put forward by a 2007 National Treasury Second Discussion Paper and a 2009 document, called ‘Reform of Retirement Funding’. In 2012, the Interdepartmental Task Team on Social Security and Retirement Reform produced its first discussion document, developing the idea of the NSSF.

In a NEDLAC paper, the business representatives even complain that the Green Paper that they saw in early 2021 — before the public caught sight of it — is largely unchanged from drafts from five years before.

The business lobby would prefer the government to prove it can manage a more modern set-up before implementing the NSSF. “Demonstrated progress in the modernisation and governance of existing social security funds is a precondition for further expansion of the social insurance framework,” they say in the NEDLAC submission.

Specific issues raised by business in the NEDLAC discussion document include that the contribution ceiling of R276,000 per year is too high, which would erode the customer base of the retirement industry.

We CAN afford it, says former Treasury official

One of the main criticisms of the proposed national pension plan is that the country cannot afford it.

For example, Old Mutual Investment Group chief economist Johann Els has said the plan is not at all viable. And in an article first published in the City Press, Alexander Forbes executive John Anderson was quoted as saying that the contributions of 7.5 million workers in the formal sector, plus those of 4.7 million farm, domestic and informal sector workers would have to be subsidised. Alexander Forbes estimated that “this would require between R15 billion and R30 billion a year from the National Budget depending on the level of subsidies required.”

In a paper in a series published in Econ3x3, economist and former National Treasury official Andrew Donaldson estimates that the subsidy needed to cover the contributions of people who could not afford to pay into the fund, is R23.8 billion.

But in a third paper, Donaldson shows how this could be funded.

Donaldson takes the current retirement system as his starting point, using SARS and Treasury data that assesses about 85% of revenue collected in 2017.

Only when funds are drawn down, in retirement, is tax applied - and even then, pensioners are able to apply for very generous rebates on these drawdowns.

This means that people who can afford to contribute to pension funds — a minority of working people — are afforded the single largest tax credit in South Africa, approaching R100 billion per year, according to Donaldson’s own calculations and the National Treasury’s budget review . This credit disproportionately accrues to the very wealthy.

Donaldson proposes a model through which more than R22 billion in revenue could be collected, by reducing - not removing - these benefits.

He suggests retirement contributions should still be liable for tax benefits, but at a lower rate as income rises. At present, gross incomes between R494,000 and R917,000 per year get the highest tax benefit as a share of gross income of 4.9%. Under Donaldson’s proposal, the highest benefit would be 4.1% for middle-incomes at R353,000 to R494,000 per year, with incomes higher than this band receiving relatively smaller benefits. The highest income bands would therefore move from receiving an average of R114,854 per year in tax benefits, to R51,213 per year - still the highest net benefit.

The extra R22 billion collected this way would very nearly cover the shortfall of R23 billion which would be needed to ensure that all South Africans — not just the wealthy — could retire in some comfort.

This is the fourth in a series on the Green Paper on pension reform.