“I just cried underneath the water,” says homeless woman after first hot shower in ages 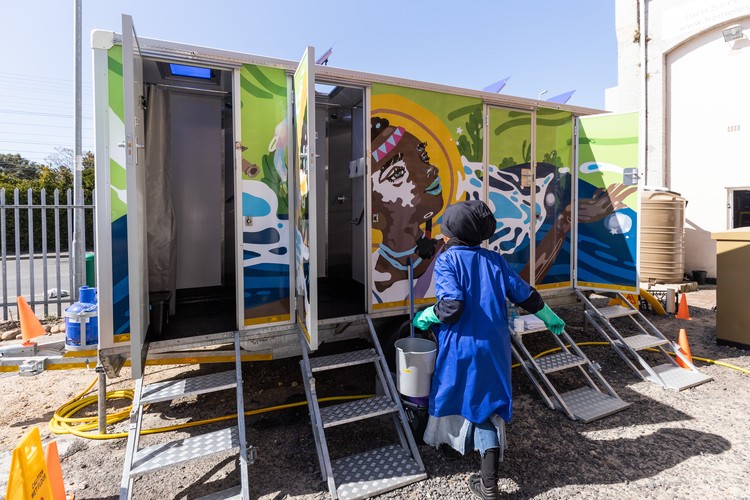 South Africa’s first “wash bus” for the homeless is set to launch on Friday. Named Nina Manzi, the colourful bus has four hot water showers and four toilets divided for male and female use. There is a 15-minute limit per person and users are given soap, a towel, a face cloth and skin cream.

The project is a collaboration between Viva Con Agua, U-Turn and Baz-Art.

Although mobile, the bus requires connections to water, sewage and electricity.

Sisanda Henda, who works for Viva Con Agua and is the project manager of Nina Manzi, said that they had wanted to find a way to assist people living on the streets.

When they launched the pilot project in July 2022, she said that one user hadn’t washed in two months. “Getting a shower was part of his journey of restoring himself,” said Henda.

She said that some people were unsure of how to use a shower or did not know that red means hot on faucets.

“They get cleansed, they get nurtured, their dignity gets restored and they feel whole again,” she said.

Henda said that she has seen a number of people use the service before going for job interviews.

The name, Nina Manzi, means ‘‘mother of water” and came out of a workshop on water, hygiene and sanitation in the rural Eastern Cape. Children had to create “water heroes”, and one of them came up with Nina Manzi. 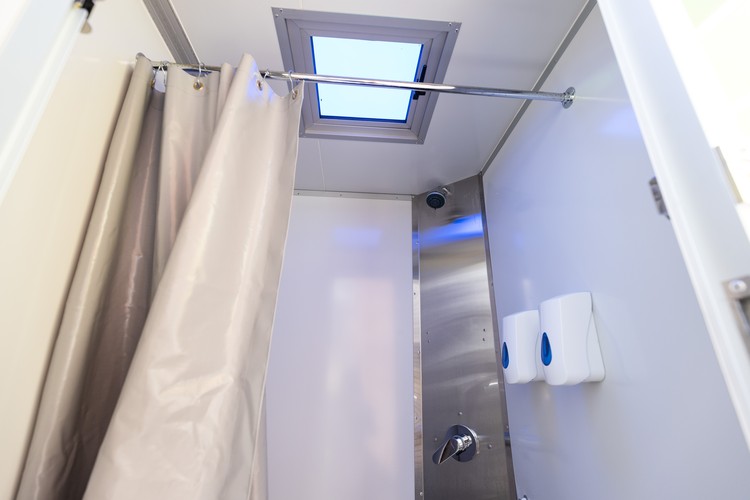 Those using the service are given about 15 minutes. They are also given basic toiletries – soap, a towel, a face cloth and skin cream.

We spoke to one of the first users of the wash bus. She has been homeless since November 2021 and was staying in a shelter where there was no hot water.

“It’s such a mission to clean yourself out of a bucket,” she said.

She said the mobile service was “fantastic” and that she felt “refreshed and ready to go” afterwards. She tries to use the service three times a week.

Another woman, who has been homeless for 30 years, said that living on the streets, she takes a crate, puts a black bag in it and washes herself that way. She found the washing experience on the bus very emotional. “I just cried underneath the water,” she said.

The bus operates in collaboration with U-Turn, an organisation working with people who are homeless. It provides a safe location, electricity and access to water for the bus. Those wishing to use the wash service need to have a U-Turn voucher. These vouchers are earned by cleaning the streets through U-Turn or given as donations.

Raymond Bowman, manager of the U-Turn Claremont service centre, said that the voucher system gives people the feeling they have earned it, rather than a “handout and a hand down”.

Vouchers can also be used for hot meals, clothing or blankets.

Nina Manzi employs two workers that clean and do basic maintenance on the bus. Both of them were previously part of U-Turn programs.

On Friday the project will be moving into the mobile phase, docking at the U-Turn service space in Muizenberg and then at Mitchells Plain. 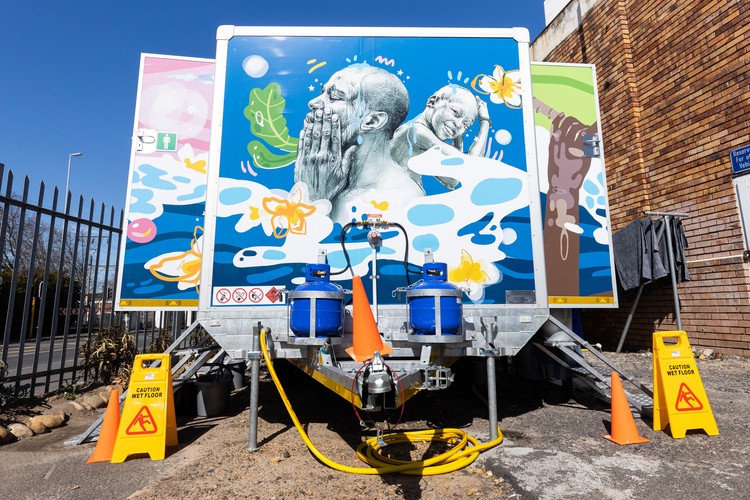 The designs and art work on the bus were done by artists in collaboration with Baz-Art. Sanelisiswe Singaphi depicted the character of “Nina manzi” on the side.