Johannah Radebe lives in a small dilapidated house in Mayfield, East of Johannesburg. The Mayfield land used to be a farm, known as Makhuluplaas, before it was developed into a township. Radebe started work on the farm when she was 15 years old, following three generations of Makhuluplaas farm workers in her family. She sorted, washed and packaged beans, earning about 15 cents a day.

Radebe is one of 23 former farm workers who had worked on the farm for more than 40 years. They have been living in the same houses since they were labour tenants on the farm. The walls are cracked and there are holes in the asbestos roof of Radebe’s home. The houses still do not have flushing toilets or services from the Ekhurhuleni municipality.

“I have given my whole life and family to this farm and it has never given me peace … Even now, I’m still struggling with this old house,” Radebe told GroundUp.

The former farm workers say that when the farm owners relocated in 1991, they said they were donating the land to them and the community. The farm workers claim Mina Nawe Housing Developers, which is registered as a non-profit organisation (NPO), was formed to manage the donated land for the community.

But Sibusiso Nkomo and Michael Ngubeni, directors of Mina Nawe, say this is not the case. “The community is angry because they were made to believe that the land is theirs, but we bought this land with our own money … We only registered Mina Nawe as an NPO to get government subsidies for low cost housing, otherwise we would have registered it as a private company,” Ngubeni told GroundUp.

Mina Nawe was then approached by Ekurhuleni municipality to assist with building RDP houses, said Nkomo. Mina Nawe starting selling plots to the municipality. It planned to build three townships on the land which would consist of RDP housing and private stands. 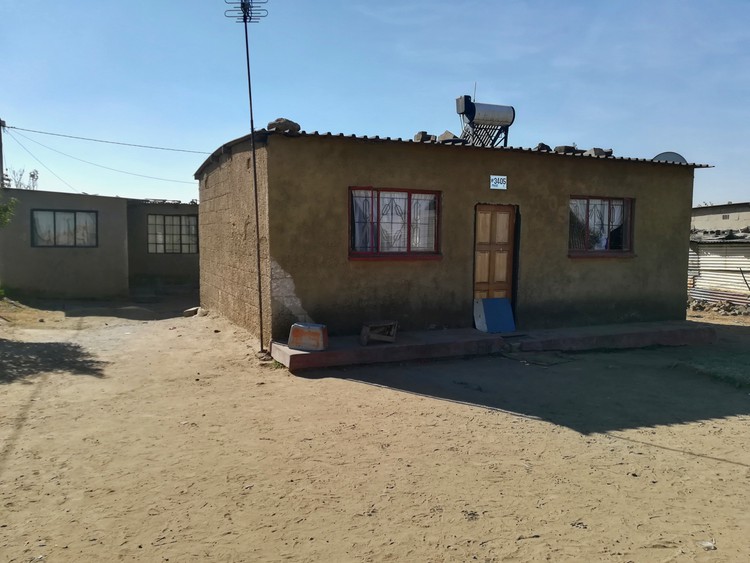 Fenny Sehalahala, another former farm worker, said they were approached by Mina Nawe in 1999 with two options: they could either get new RDP houses or have their labour tenant houses refurbished. Most of them chose to have their homes refurbished as they were bigger than the RDP houses on offer. The said Mina Nawe agreed to replace roofs and promised to install running water and flushing toilets.

But 20 years later, the former farm workers are still living without services in unrenovated houses.

“Mina Nawe … haven’t been back here in a long time; it’s like we don’t exist. We don’t even get services from the municipality,” said Sehalahala.

Nkomo said Mina Nawe’s contract with the municipality for subsidies to build RDP houses did not include refurbishing houses. Mina Nawe realised this only after having already made promises to the farm workers.

“I feel bad about what has happened with the people of Makhuluplaas and I apologise for it … They have been on the land the longest and they still don’t have flushing toilets,” said Nkomo.

“When Mina Nawe starts to make profit … the farm workers are the first people I want to help,” he told GroundUp. He said he would also assist the former farm workers to get title deeds for their houses.

Mina Nawe is currently in a dispute with grandchildren of the farm workers who are occupying adjacent land. 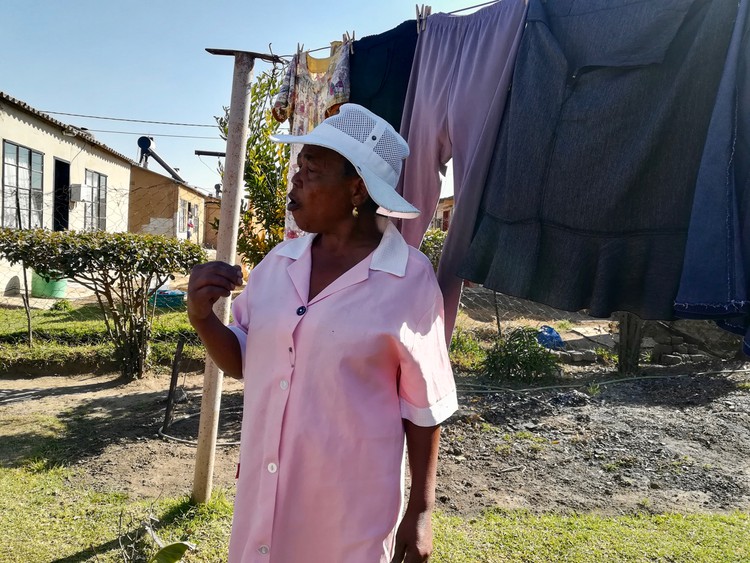 Johannah Radebe started working on Makhuluplaas when she was 15 years old, earning 15 cents a day. “I have given my whole life and family to this farm and it has never given me peace … even now, I’m still struggling with this old house,” she says. Photo: Zoë Postman