Life was better in quarantine in luxury hotel 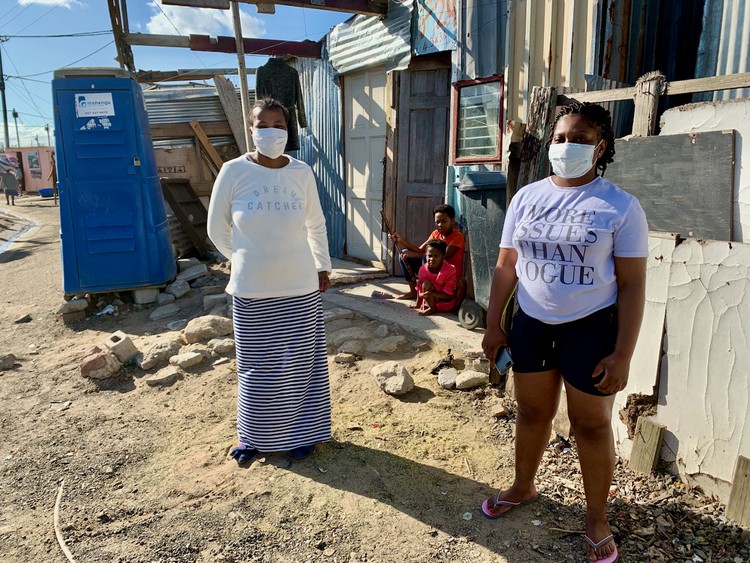 Residents of an overcrowded informal settlement, who have recovered from Covid-19, were quarantined in a luxury hotel on the West Coast. Photo: Peter Luhanga

When Zizipho Chwethisa, a cashier at a supermarket in the Bayside Mall, Table View, was told by telephone that she had tested positive for Covid-19 at Dunoon Clinic, she didn’t know what to do.

She stayed in her one-room shack, which she shares with her husband, for five days. Then she contacted her ward councillor, Lubabalo Makeleni, who informed the police. She said a vehicle came to pick her up and dropped her off at a luxury West Coast hotel, the Lagoon Beach Hotel & Spa, where she was kept for five days in quarantine.

It was the first time that she has stayed in such luxury. She said all that people did was watch television, eat three-course meals and a full breakfast, and drink a concoction of ginger, lemon and garlic every day.

There were nurses and doctors on hand at the hotel.

“A doctor came to tell me that I am being discharged and that I must leave and that I have recovered,” she said. It was 2 May, and she was free to go back to her community.

She says her husband, when he went to get tested at the Dunoon Clinic, didn’t display any symptoms of the novel coronavirus, and so he was told to go home but to return if he developed symptoms. To date, he has not.

Olwethu Meva, 29, also stays in Kwa 5 informal settlement where she shares a one-room shack with four colleagues from the same supermarket in the Bayside Mall where she is doing an internship.

She went for a test on 17 April and on 20 April she got the result that she was positive for Covid-19.

She stayed in her shack until 26 April before she contacted Makeleni and was quarantined at the luxury hotel. She was released on 4 May.

“They told us there is no cure for coronavirus … It was okay to be there and we had peace of mind. I was alone in a room, but I was discharged back to the same overcrowded area,” she said.

She said she enjoyed being quarantined at the luxury hotel.

“People should keep on protecting themselves by wearing masks, keep sanitising or washing hands, and keeping a social distance,” she said.