The informal settlement is home to about 6,000 people 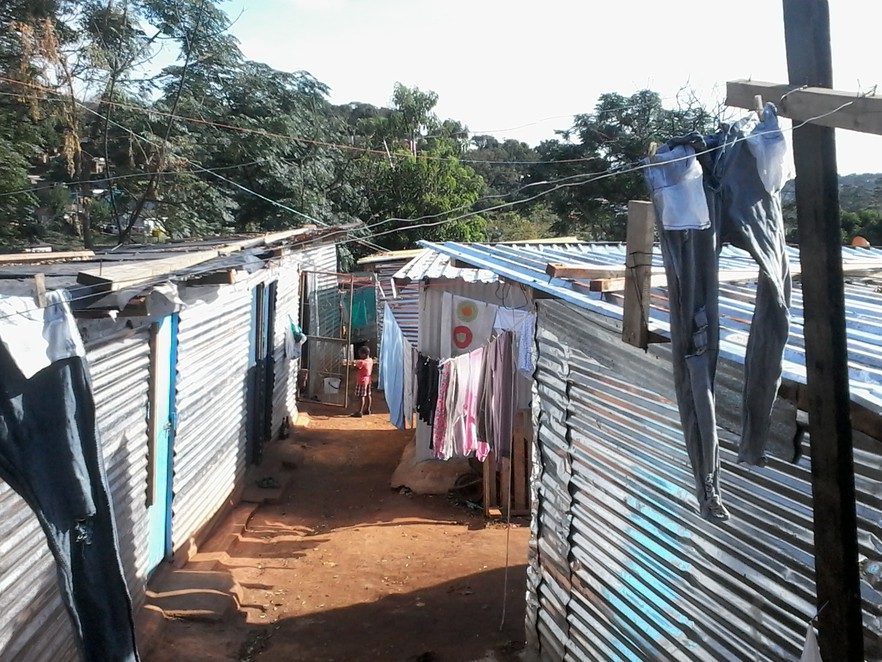 Some residents of Marikana informal settlement in Cato Manor, Durban are struggling to rebuild their lives after a fire gutted 49 shacks earlier this month. Photos: Nokulunga Majola

Marikana informal settlement in Cato Manor, Durban was founded in March 2013 after about 1,000 people occupied a piece of land in Cato Crest. The occupation led to conflict with the then Mayor James Nxumalo, who criticised the occupiers.

Today, the settlement is home to close to 6,000 people, mostly from the Eastern Cape in search of better job opportunities. There have also been over a dozen fires almost yearly at Marikana. Two weeks ago, we reported on a devastating fire in which a woman died, a teenager was seriously injured and nearly 50 shacks were gutted.

Marikana, like many informal settlements, is densely populated with shacks sometimes less than an arms-length apart. Residents say this and webbing illegal connections are the main reasons why fires have such a life-altering impact on large groups of families.

Nikelwa Mathanzima, 59, from the Eastern Cape has been living at Marikana since its inception in 2013. “We came to Durban looking for greener pastures but things did not go according to plan because I am still living here,” said Mathanzima. 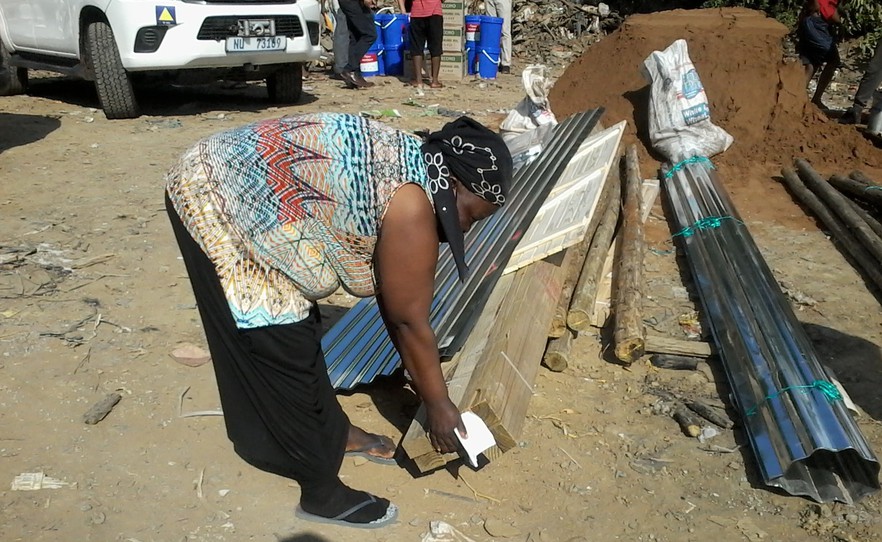 Nikelwa Mathanzima gathering material so she can rebuild part of her home that was destroyed by the fire. She lost her job as a domestic worker during the Covid-19 lockdown last year and is currently unemployed.

She lives with her daughter and they are both unemployed. Mathanzima was employed as a domestic worker until last year when the Covid-19 pandemic hit. “It has been tough. We are trying to get jobs but there are just no jobs especially for an old person like me.”

Mathanzima’s home was among the 29 shacks that burnt down earlier this month. “We should be used to fires by now but it is not easy,” she said. Her dream is to one day own a house. “Even if it has two rooms, I will be happy as long as it is safe,” she said.

When navigating through Marikana, scores of wires can be seen both overhead and between shacks and there are some parts with exposed underground water pipes. The City has supplied communal ablution blocks. One for men and another for women, each with four toilet stalls.

The informal settlement is one of about 590 in eThekwini Municipality and is situated closer to the road and a dumping site where some women are often seen sorting cardboard boxes and cans for recycling. 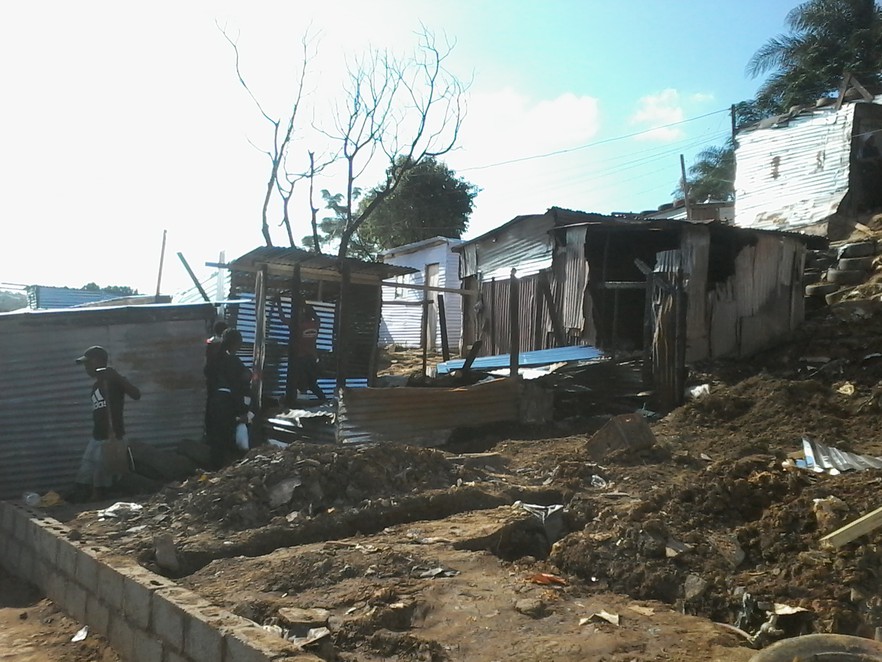 People are still clearing the area where most of the shacks were gutted by the fire two weeks ago.

Resident Lindelani Ntuli also from the Eastern Cape said he completed rebuilding his shack after the recent fire. He lives alone and at the moment has no furniture because everything he owned was burnt.

The material he used to rebuild was given to them by the government. “We have everything we need here, water and electricity. We work for food and to send money to our families back home.” Ntuli said he survives by doing piece jobs.

Senzekile Duma from Highflats lives with her two children aged ten and 13. “You always have to worry about evictions and safety in case there is a fire. It’s not all sweet and honey,” she said. Duma has lived in a one-room shack with her children for the past few days. It has been hard as she had to invade other shack dweller’s spaces because she had nowhere to go after the fire.

The advantage of living in this community is that most people know each other and they help their neighbours when the need arises. 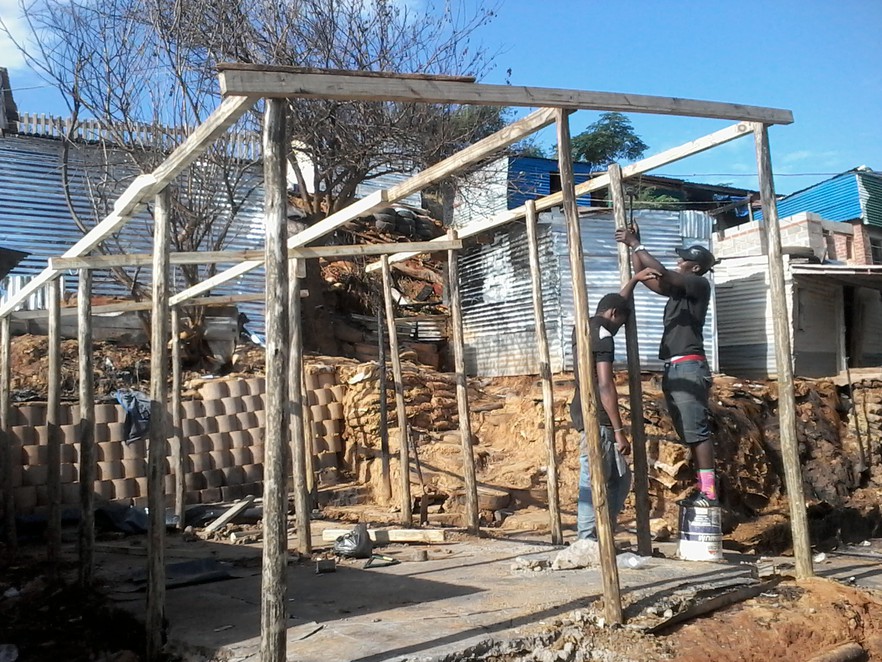 Previous:  What has been granted in the Tafelberg leave to appeal?