Sidubi Poort Junior Secondary School in Cofimvaba Eastern Cape, where learners were relieving themselves in an open field, has received nine toilets from a private company.

The donation came after GroundUp published a story about parents who were collecting R50 each to build school toilets.

The learners had been relieving themselves in a nearby field, while teachers were forced to use broken toilets.

Addressing learners, teachers and parents, University of South Africa Senior Lecturer Dr Sello Tsoabisi, who read the GroundUp article on the Daily Maverick website, said the article had struck his heart. He said he knew he had to do something to help the school. “It is so sad that in this time of democracy there are still learners who relieve themselves in bushes or in an open field,” said Tsoabisi. He said he quickly contacted Everite and asked for help. 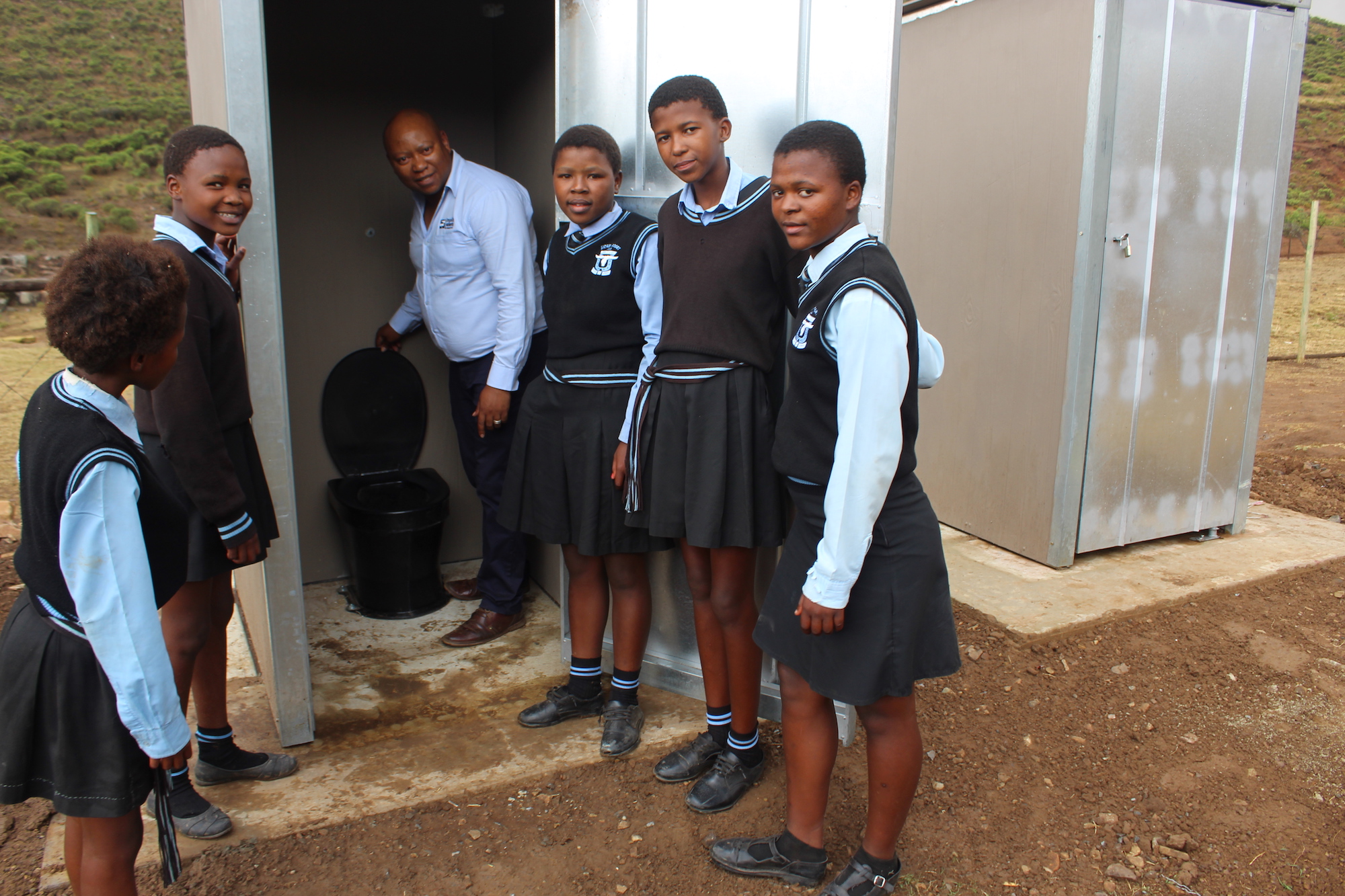 Humphrey Makoe of Everite said he had been touched by the fact that parents were willing to build toilets for their children using their own money. “We are here to restore your dignity and we want you to study hard and be flowers of this village,” he said. Makoe also promised to donate new ceiling boards, doors and paint for classrooms. Amanz’ Abantu/ Impilo Yabantu Services, Phil Kanise, said the project had also created jobs for the community.

School principal Nomvuyo Rini said for five years the school had been asking the Eastern Cape Department of Education for toilets with no luck. “We are all happy, our learners are happy, parents are happy,” she said with a big smile.

Siphosethu Qwephu, a 12-year old, grade 7 learner, said the toilets had restored learners’ dignity. “Relieving yourself on an open field is not nice. It is even worse when you see older boys hanging around. We were not safe at all, but now we are. Thanks to Dr Sello for reading our story,” she said.

There were also more gifts for the school with Malizole Ndede from Agriculture Cofimvaba donated gardening tools.

Why Makhanda residents are taking their municipality to court