Families to be moved from crowded settlements 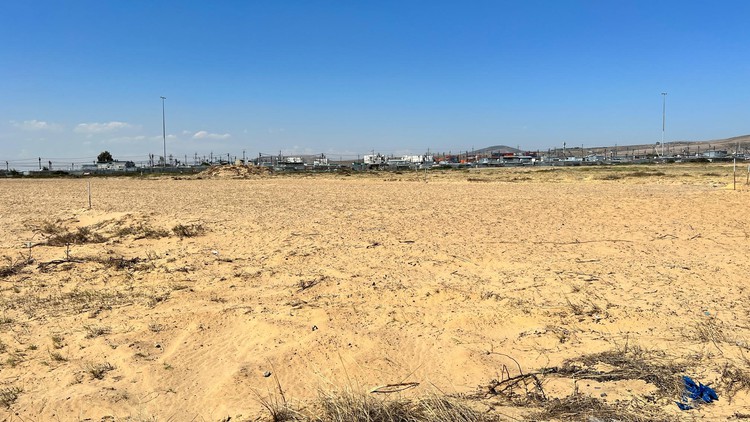 Land has been cleared for a development to house families from overcrowded settlements in Dunoon, Cape Town. Photo: Peter Luhanga

Land is finally being cleared for a housing development promised almost two years ago to fight Covid-19 infections by easing overcrowding in Dunoon, Cape Town.

The development was delayed by appeals against rezoning of the land.

Provincial human settlements department spokesperson Nathan Adriaanse said planning and environmental approval has now been obtained from the City of Cape Town and the Department of Environmental Affairs and Development Planning. He said a contractor appointed by his department is now clearing the site.

Lindiwe Sisulu, then Human Settlements minister, announced on 6 April 2020 that families living in overcrowded conditions in Dunoon and Kosovo would be relocated to slow the spread of Covid-19. Sisulu said families from Dunoon informal settlements would be moved to the Racing Park industrial area by July 2020.

A housing development at Racing Park had already been on the cards before Sisulu’s announcement.

But Racing Park businesses appealed against the required rezoning of the land. In December 2019, Racing Park body corporate member and factory owner Renzo Schincariol told GroundUp that the business owners were not opposed to homes being built there, but were concerned that sewerage and other infrastructure shortfalls, as well as traffic flow, had not been addressed in the City’s rezoning application.

The City of Cape Town appeals authority approved the rezoning in June and July 2021.

GroundUp’s attempts to reach Schincariol for comment on Tuesday were not successful.

Adriaanse said Dunoon was earmarked for housing development before the onset of Covid-19. Following the declaration of a State of National Disaster, he said, his department worked to prioritise this development, which he said will involve 1,500 families.

Next:  Has the national government abandoned vaccination?