The roar of motorcycles echoed through the streets of Khayelitsha on Saturday. A convoy of about 40 bikers — led by the Kasi Riders Motorcycle Club — was delivering food parcels and cash to the Sinothando Children’s Home.

The convoy quickly drew a crowd, as groups of neighbours and onlookers gathered outside the home in Vuyani Street. Kasi Riders is one of the first township-based motorcycle clubs.

The club’s president, Mzingisi Baartman, said bikers from across the province joined their charity ride on Saturday. The most rewarding part for the bikers, he said, was seeing the faces of children when they handed over the donations. “We adopted the orphanage and regularly have runs where we make donations like sanitary towels, school shoes and other things the kids need,” he said.

The home is run by Violet Ntshona and her daughters. Ntshona converted her family’s three bedroom house into a safe haven nine years ago after she took in a baby girl who had been abandoned on a street corner near her home. Ntshona’s face lights up as she talks about the achievements of her first adoptee who is now a young adult.

Ntshona currently cares for 25 children up to the age of 17 years. Many of them are victims of abuse, were abandoned by parents or are suffering from TB and HIV.

“I also help the community with food. I get funding but my neighbours always help when we need something. I get child support grants for six of the children,” she said.

“There is a big need in this community for children’s emergency housing. A child can stay with me up to a year while social workers look for the parents. I have a few kids who have been with me for a while because they were abandoned.” 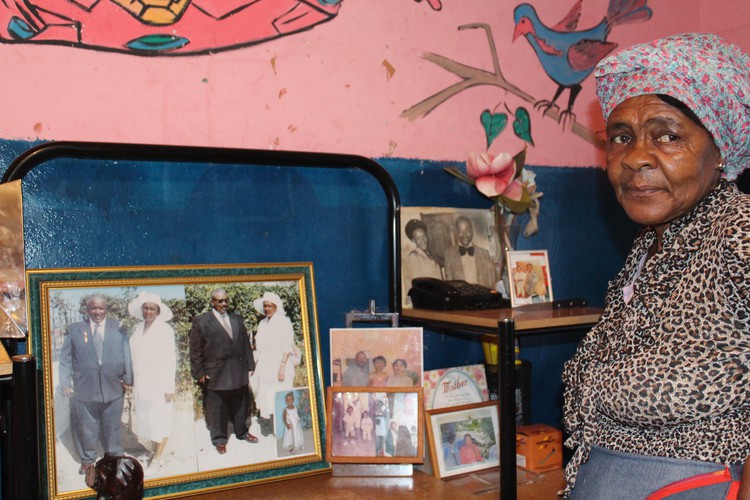 Violet Ntshona opened the Sinothando Children’s Home nine years ago. She currently cares for 25 children. Most of them had been abandoned.

After a brief ceremony in the front yard, the food was handed over to Ntshona as well as a helmet filled with cash donations. To thank the bikers, one of the teenagers living at the home drew a large poster on a white sheet with the Kasi Riders emblem.

Greg Thomas of Stallions Motorcycle Club said, “We regularly take part when clubs have charity runs, especially for children. We are also trying to get rid of the bad impression people have of motorbikers and establish a better awareness.”

Collin Mama, vice president of Brave Hearts and a member of the Motorcycle Association of Western Cape, said that clubs had to adhere to very strict rules mostly aimed at promoting road safety.

“Those that belong to our organisation must have a constitution with rules that promote road safety, respecting other road users and safer driving. We also use certain hand signals when riding in a group that all bikers have to memorise,” he said.

Mama said most of the clubs in the association had adopted one or more charities which they support through the year. “We have a lot of clubs that often hand over donations to a charity. So if one club has a charity event, we as other clubs will also make donations and come out in support. There is a lot of work happening in the background to change the perception of bikers,” he said. 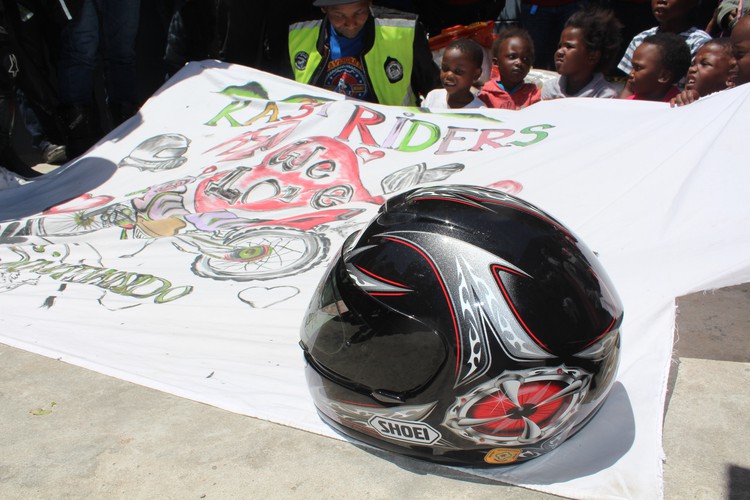 One of the teenagers living at Sinothando Children’s Home drew a large poster on a white sheet with the Kasi Riders emblem as a “thank you” to the bikers.

Next:  What does the Constitutional Court’s judgment on protests mean?