Department and social workers get a tongue lashing from High Court 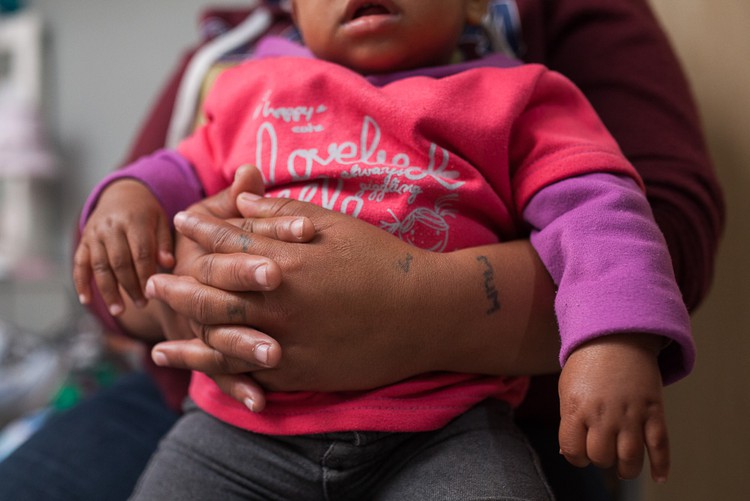 The adoption guidelines used by the Department of Social Development and its social workers stigmatise and delay adoptions, apparently for cultural reasons, and are unconstitutional, a judge has ruled.

“At best the attitude adopted by the department and social workers can be described as an obnoxious disregard to the pain and trauma caused by them. At worst, their attitude can be described as a deliberate stratagem to discriminate and punish women who seek to have their babies put up for adoption. In either event, their attitude is intolerable,” said Johannesburg High Court Judge Fiona Dippenaar in her recent judgment.

The case before her was brought by two single women, aged 23 and 27, who had both “made the difficult life choice” to put their babies up for adoption. The women had gone through the legal processes, as determined by the Children’s Act, but were being harassed and bullied by social workers who seemed intent, in spite of strong opposition, to rather place the babies with their grandparents to “maintain their cultural roots”.

In the case of the child referred to as Baby “B”, four years have passed since he was placed with his potential adoptive parents and the department still refuses to issue a letter of recommendation, despite being ordered by the Children’s Court to do so.

While the department did issue a recommendation letter for Baby “L”, it subsequently launched review proceedings to set it aside.

The birth mother of Baby B, in her affidavit before the court, said that the father of the child wanted nothing to do with her pregnancy and disappeared. She gave birth in 2018 at Leratong Hospital. A social worker “interrogated” her about her plan for adoption and unbeknown to her, lodged a request for an investigation.

The hospital refused to discharge the baby who was then sent to another hospital and then to a temporary care facility - all without informing the mother.

The mother spoke to a private social worker, prospective parents were found and, after a Children’s Court order, the baby was temporarily placed with them when he was four-months-old. This is when the harassment started.

In all, the matter came before the Children’s Court 15 times between 2018 and 2020, with a social worker relying on the “guidelines” to support a recommendation that the child be placed with his grandparents “to maintain his culture”. The social worker conceded that she had never met the child, or his prospective adoptive parents and had conducted no investigations into his circumstances. The social worker also conceded that his grandparents - who were ambivalent but not unwilling to adopt him - had never met him.

The court directed the department to issue the required letter to the prospective parents approving the adoption within 30 days. Instead, the department issued a letter of “non recommendation”. At the time of the hearing in the High Court, the adoption had still not been finalised.

The birth mother of Baby “L” gave birth in 2019. The father denied paternity.

She lived with her parents at the time and, in order to conceal her pregnancy, moved out. She too decided to give the baby up for adoption.

The woman said social workers had threatened to tell her parents about the child. With pro bono legal assistance, she obtained a court order interdicting the social workers and the department from doing this.

The baby was placed with prospective parents and a letter recommending the adoption was issued by the department in November 2020. But the department told Judge Dippenaar that this had been issued “irregularly”.

The department said that Baby L should be removed and that adoption proceedings should start afresh. It also instituted review proceedings to set aside the letter.

In her 74-page ruling, Judge Dippenaar said that the applicants had applied for confidentiality, which was opposed by the government respondents (the Minister, MEC and head of Social Development). This was on the basis that the children “may want to know their biological parents and extended families” and that the application was rooted “in a fear of judgement and scandal that would occur if the application became public knowledge”.

This “cavalier attitude” entirely disregarded the confidentiality obligations of the Act, the Judge said. “Their stance is illogical and evidences a level of bias against mothers who put up their babies for adoption. That this stigma regrettably exists amongst social workers appears from research done into adoptions and the abandonment of children. At the hearing, the department wisely adopted a different stance,” she said.

At the heart of the issue was the department’s interpretation of the Act and the guidelines, the judge said.

Not only was the interpretation misconceived, but the guidelines went “beyond what is legislated and are inconsistent in significant ways with the Constitution and the Act”.

The judge said voluntary consent to adoption by the biological parents was all that was required. There was no provision for any “investigation” or that family members must be consulted or give consent when the mothers were majors.

“The department placed great emphasis on a section of the Act for a child to remain in the care of his or her parents, family and extended family culture or tradition…but the wording does not give any paramountcy to this.

“The guidelines are to be declared invalid and are set aside in their totality due to the pervasive nature of the objectionable provisions thereof.”

The judge said the Centre for Child Law, admitted as amicus curiae, had submitted that there was a crisis in South Africa, with adoption figures plummeting and an increase in the number of children being cared for in alternative care.

“These concerning statistics illustrate the importance of promoting adoption rather than stifling it.”

Judge Dippenaar said there was no lawful basis for the department and social workers to interfere with the adoption process and to harass and stigmatise the biological mothers and try to influence their choices. “It was unconscionable for the social workers to harass them and cause them further trauma in what was already a very traumatic experience for them.”

The judge said, “The delays in the finalisation of the adoption proceedings in both matters are untenable. Their high handed approach entirely frustrated the essential need for adoptions to be completed swiftly and without bureaucratic delay and entirely negated that it could never be in a child’s best interests to have their futures left uncertain and in limbo whilst forming close bonds with their prospective adoptive parents.”

“The unlawful conduct was not limited to these two adoptions - [the department] has sought to interfere with the adoptions of other vulnerable children. It was not disputed that the department has adopted a pattern of conduct that has a profound impact on these applicants and others,” the judge said.

Judge Dippenaar also set aside the “non-recommendation” letter concerning Baby B, permanently stayed the pending review of the issuing of a letter of recommendation for Baby L and found the department and social workers to be in breach of the Constitution.

She ordered that the conduct of the social workers be brought to the attention of the South African Council for Social Service Professions.

Next:  TotalEnergies about to submit its application to drill for gas along south coast

About time! Congratulations, Judge Dippenaar, for stepping in so decisively and clearly. Adoption is an exceptionally delicate matter, and the self-righteous bullying by the Department has no doubt caused much unnecessary and lasting trauma.