If this is freedom then I don’t want it, says 80-year-old Flagstaff granny

No IDs, so no social grants: family survives off grandmother’s pension

Eighty-year-old Nothembinkosi Nontsasa cuts a defeated figure sitting outside her crumbling home in Dlibona village in the small town of Flagstaff, Eastern Cape. Her adult children can’t get IDs so the family of six survives off her old age pension.

Family and neighbours say the government has failed her as she lives in “deplorable” conditions.

The family share two one-roomed mud houses, one of which is barely standing after heavy rains last month. They collect water from a river in the village. The pit toilet built by the municipality was destroyed, so they use the bushes to relieve themselves.

Nontsasa said she does not feel like she is living in a modern day free South Africa.

“If this is what they call freedom then I don’t want it. This is not real freedom. This is freedom to starve, freedom to be exposed to the rain and wind, freedom to live like wild animals.”

She is the only person with a steady income in the household.

Her children do not have identity documents because of an issue with her own ID.

“My children cannot get proper work or go to university because they don’t have IDs. [The department of] Home Affairs says I am too old to have given birth to my children. They don’t believe I am their mother,” said Nontsasa.

As a result, Nontsasa’s daughter Andiswa cannot apply for social grants for her three children. She and the brother who also lives in the house get piece jobs when they can and also collect cans from the local dumping site and sell them for a few rands.

Andiswa Nontsasa says it has been a losing battle to get her ID. “It feels like I’m a foreigner in my own country. I need this ID in order for my children to get birth certificates. We need to access grants for them. This situation is really unfair on them,” she said.

Nobongile Makholosa, a concerned neighbour, believes that the blame should be put squarely on the government for not taking action to help the Nontsasa family.

”I feel that the municipality should have intervened a long time ago. How can you allow children and an old woman to live in such poverty if you really care about your people? Government has really failed here,” said Makholosa. 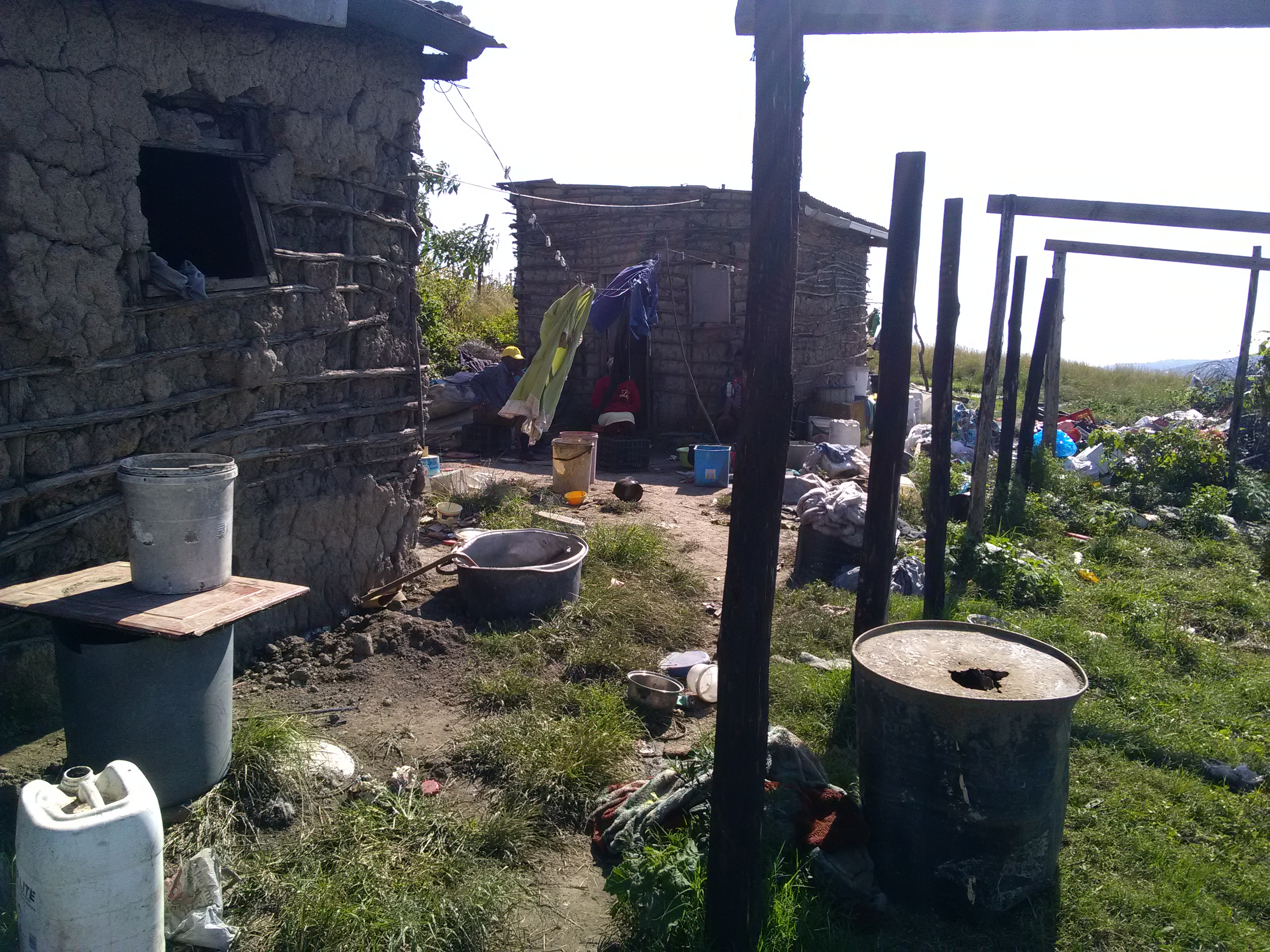 The family live in two one-roomed mud houses, one of which is crumbling. Photo: Sibhale Siqathule

Ward councillor Thandeka Nzumo said she was aware of the family’s struggle for proper housing and identity documents and was trying to help.

“I have made initial contact with various government departments to try and help this family. We identified it as destitute. So I will have to make follow-up meetings with Home Affairs and Human Settlements departments soon,” said Nzumo.

Ingquza Hill local municipality mayor Bambezakhe Goya thanked Groundup for alerting him to the family and promised to look into the issue.

“It is not our wish as government that there be a person living in as horrid conditions as those that you have described. I will be getting in contact with the councillor of Dlibona village to get all of the necessary details to be able to assess this situation,” said Goya.

Flagstaff Home Affairs manager Fikile Lurhwengu did not respond to GroundUp’s calls. But national spokesperson Thabo Makgola asked for the family’s details and promised to forward them to the provincial manager for investigation.

Next:  Transport is not an essential service, committee finds