More rain forecast for the rest of the week 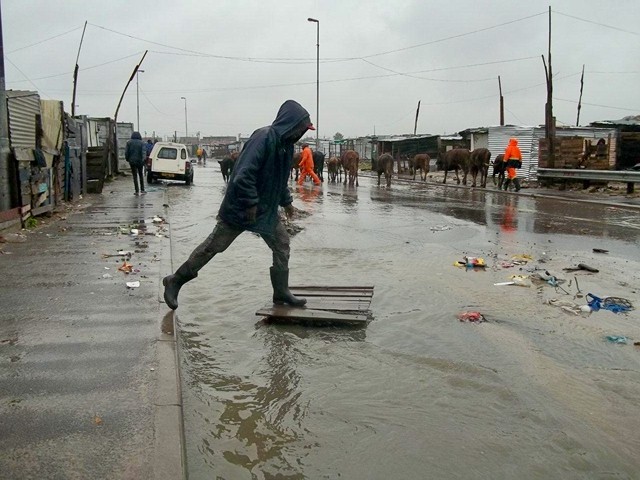 Siyamcela Mpondonkulu from Wallacedene has been battling since Sunday night to cross the flooded road to the nearby chemical toilets.

“The water is mixed with shitty water gushing out of the stormwater drains. One has to wear boots.”

Zoleka Mthanda has been using a 25-litre bucket and a dustpan to remove water from her friends’ shack in Masondo informal settlement. Her friend is away at a traditional ceremony in Centane, Eastern Cape.

“I have been battling to remove the water since this morning. I have filled the bucket with water five times already!” she said. 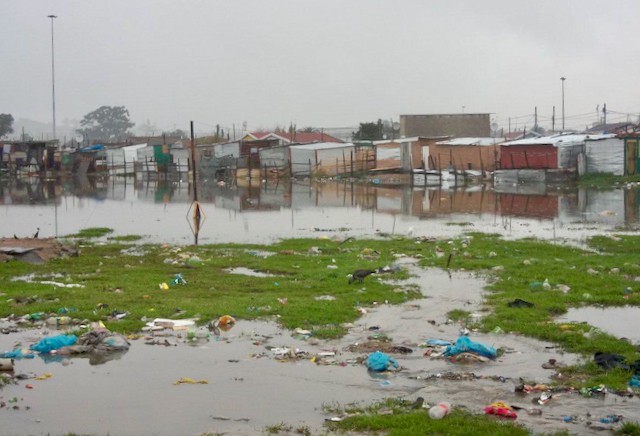 Some shacks were flooded and others in danger of flooding in Masondo informal settlement as rains continued through Tuesday.

Mlungisi Qhola, who has a shack in Wallacedene, got a bag of cement from a friend. He has repeatedly tried to seal the floor with cement, but the water still comes in.

Qhola is a general worker for a construction company. “I phoned my boss to ask him to give me the day off to attend to my flooded shack,” he said.

The rains started on Sunday. In the 24-hours before 8am on Tuesday, 18mm rain had fallen on the city, with more rain expected in the days ahead.

On Monday the City said there was flooding in informal settlements in Gugulethu, Wynberg, Valhalla Park, Philippi and Khayelitsha, Macassar, Sir Lowry’s Pass Village and Lwandle. 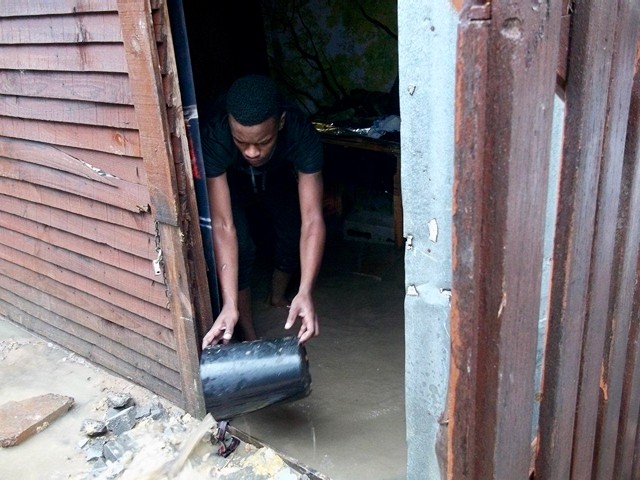 Mveli Zweni scoops water with a bucket out of his cousin’s shack in New Rest informal settlement, Wallacedene.

Next:  Former political prisoner scratches out his image on Upington 26 monument in protest

Previous:  Only 24-hour clinic in KwaNobuhle was without running water for five days