An informal settlement in the centre of Boom Street in Marabastad in Pretoria has become commonly known as ‘little Zimbabwe’ on account of the number of Zimbabwean nationals living there.

Most of the people living there are undocumented and because of this, they are unable to find work. Some live in shacks made from board and plastic donated by well wishers while others live in shelters made of old plastic sheets and cloth.

The conditions at the settlement are unhealthy as there are no toilets or taps for water. Clusters of rubbish are strewn across the settlement. There are puddles of stagnant water. Despite these conditions, residents here say they would rather live here than pay high rents elsewhere.

Residents say metro police officers have regularly demolished their shacks but they rebuild soon after. Some of their homes were also destroyed in September during a wave of xenophobic attacks.

Augustine Armando originally from Epworth in Harare is blind. He came to South Africa in 2013 and lives off the change he is given by people in town. His wife who still lives in Zimbabwe is also blind. When he can, he sends money to her as well. He lives with his ten-year-old grandson Nesbert who helps him get around. Armando brought his grandson to South Africa a year ago in the hope of raising enough money to one day send him to school.

“If only I can raise money for my grandson to go to school, but it seems impossible,” says Armando.

Manners Mdumeni, 40, is a waste picker who also relies on piecemeal jobs. He came to South Africa in 2010 from Kwekwe. He spends most of his time pushing trolleys around town looking for recycling material. He lives alone. “My life is difficult because l live from hand to mouth. Coming to this informal settlement made life easier because l could not pay rent where I used to live,” he says. 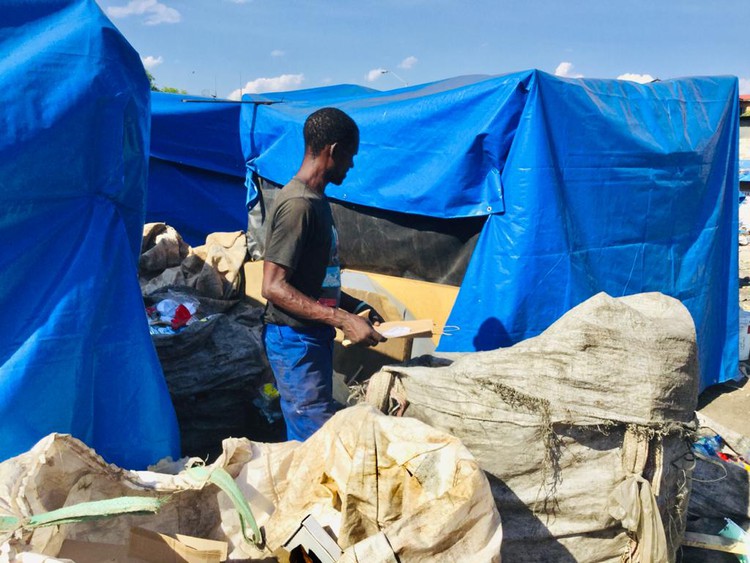 Thomas Sithole, 29, from Mkoba in Gweru says he was orphaned at a young age. He came to South Africa in 2008 when the economic situation in Zimbabwe collapsed to even worse levels. To survive, Sithole says he learnt to hustle on the streets to survive, moving from sleeping on the street outside the Methodist Church in Johannesburg to an old building in Pretoria from where he and others were later evicted. In 2011 he moved to Little Zimbabwe.

“We live here because of suffering. We want to rent apartments like other people but we cannot afford it.” Sithole says he survives on buying and selling second-hand electrical goods and gadgets. He has a small stall opposite the settlement where he sells cables, cigarettes and sweets.

“I came to South Africa thinking that l would find greener pastures but things haven’t been easy. Now l do what l can to survive. Going back to Zimbabwe is pointless as l come from a poor family and the unstable economic and political situation worsens things,” he says.

Edward Magoche is also a waste picker. He was born at Renco Mine in Masvingo and came to South Africa seven years ago. He lives with his wife and two children. His wife helps by going around town asking for money and food. He says his family often goes to bed without having had anything to eat.

“Our government in Zimbabwe seems not to notice our suffering. If things were better we would go back home. People back home do not know how poor we are here in South Africa.” 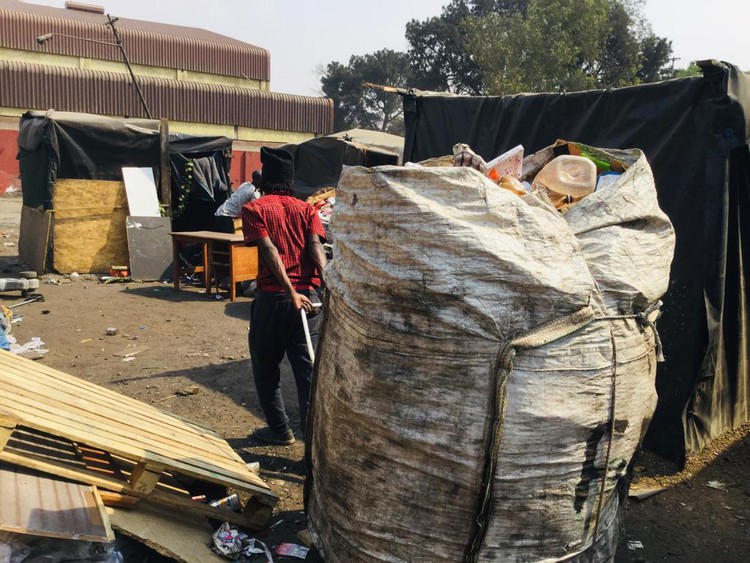 Edward Magoche came to South Africa seven years ago. He lives with his wife and two children. He says his family often goes to bed without having had anything to eat. Photo: Kimberly Mutandiro