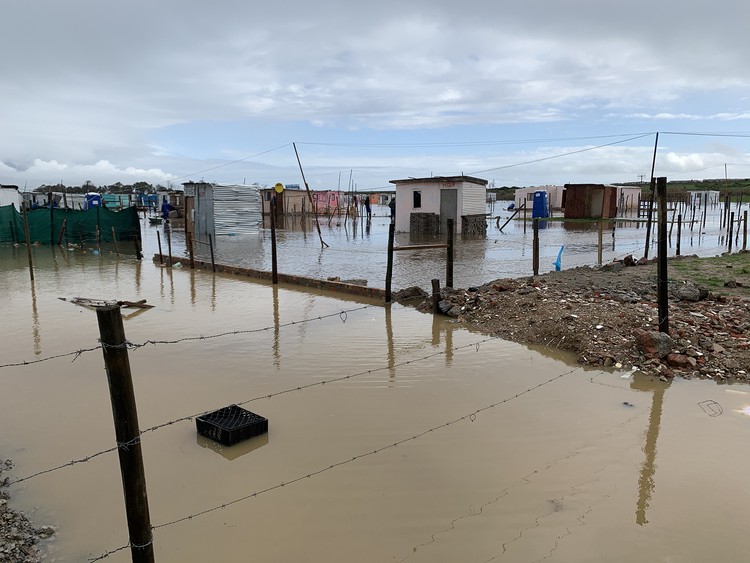 As the first of two storms made landfall in Cape Town late on Friday, dozens of informal settlement residents were left with waterlogged homes, causing damage to furniture items and other belongings.

In Khunqu informal settlements in Khayelitsha, Cape Town, resident Ntomboxolo Mpolweni said they reported the flooding to their PR councillor to no avail. “The councillor promised to alert the disaster management. We are praying that we get help today”, said Mpolweni.

Another resident Ntombizodwa Duba who lives with an 11-year-old disabled girl said: “We couldn’t sleep because of the rain. Our houses look like a river and we have been trying to get the water out with no luck. I don’t know where we will go.” 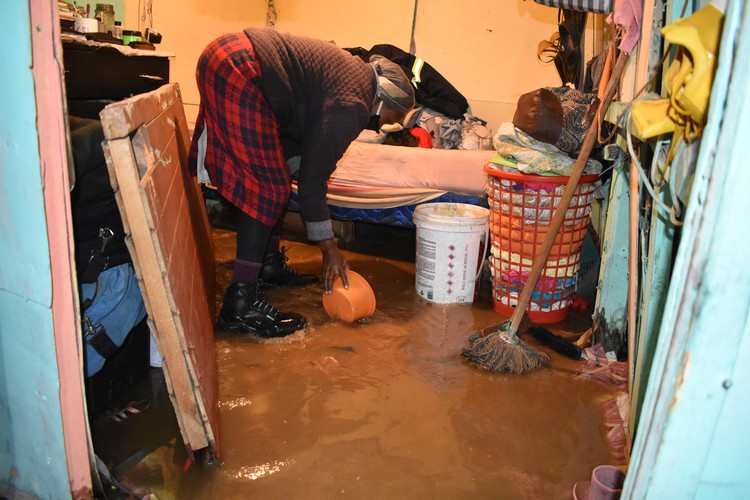 Yoliswa Nakani said her home was prepared for the storm but the rain was too strong on Thursday night. “We tried to put some sand on the floor but it didn’t help as we were up all night. We are stressed because we don’t have a place to stay, and asking other people is not easy especially now that there is Corona. People are afraid of taking a risk,” said Nakani. 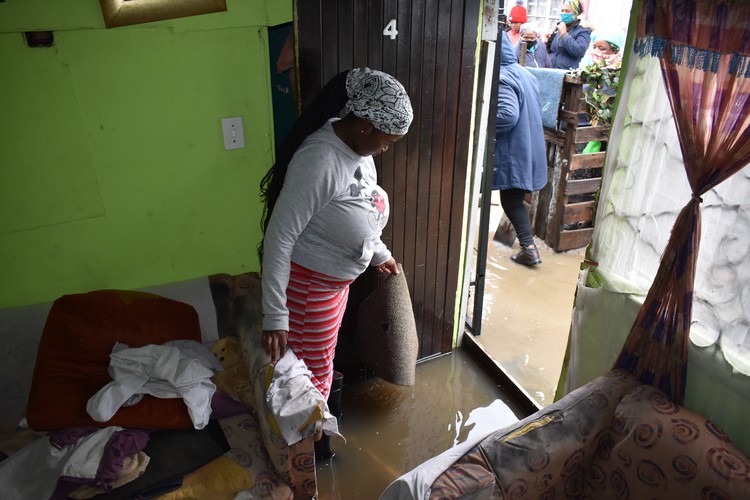 Yoliswa Nakani says her family have nowhere to sleep on Friday night after their home was flooded. Photo: Buziwe Nocuze

In Zwezwe near Doornbach informal settlement in Milnerton, the banks of the Diep River burst, flooding several homes nearby. 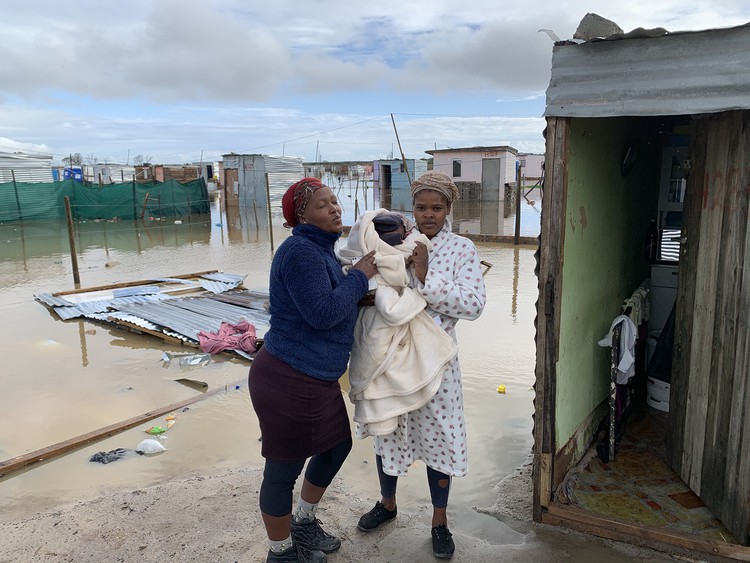 Community leader Zukiswa Gidimisana and Nandipha Tabalaza who gave birth to a baby boy last week stand outside their shack in Zwezwe near the bank of Diep River which flooded several homes on Friday. Tabalaza says she has nowhere to go with her baby tonight. Photo: Peter Luhanga 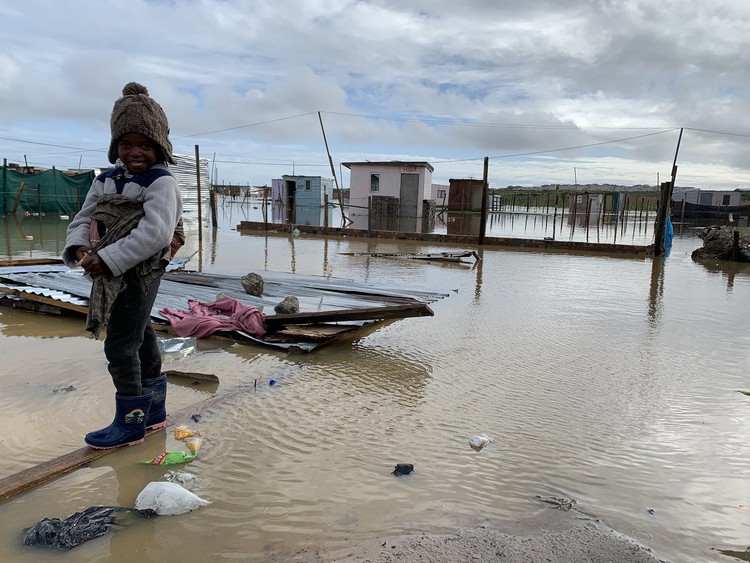 Previous:  Lockdown in pictures - Day 106: Floods in the wetland settlements