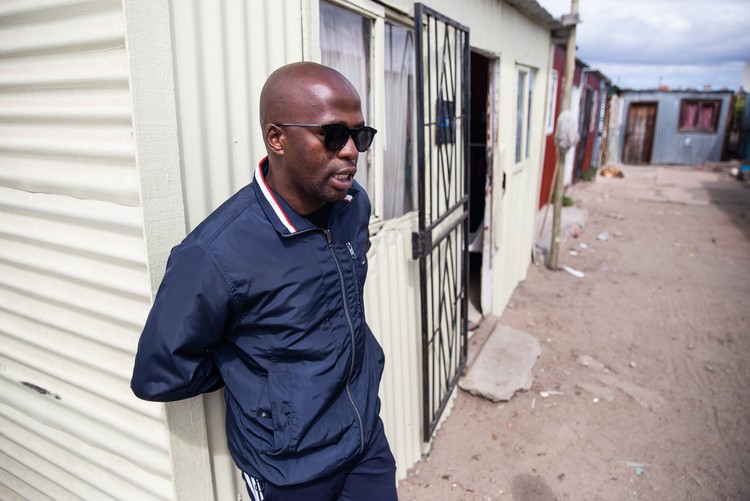 Five years later the Independent Police Investigative Directorate (IPID) has still not completed a probe into accusations of police brutality in Zwelihle near Hermanus in 2018. One man lost his sight and dozens of others were seriously injured when police intervened during housing protests.

The protests centred on a controversial land deal in neighbouring Schulphoek. After the protests, Zwelihle residents presented about 60 injured people at a meeting with Police Minister Bheki Cele on 24 July 2018. Among the injured were an 11-year-old child with an arm in a sling, an old man whose leg was in a plaster cast, and two people with eye injuries. Cele promised to send IPID to investigate the injuries.

But five years later, IPID says the investigation is “ongoing”.

Last month GroundUp visited four of the 60 people allegedly injured by the police who said they were not happy with the way the case has been handled.

Sivuyisiwe Dyani, 32, known as “Minister” in the community because of his love of politics, lost his eyesight when police fired rubber bullets during the protests. He said IPID had told him in 2021 the case had been closed. “They said it is difficult to continue investigating the case when I am not able to identify the person who shot me,” he said.

He said he remembers everything that happened on the day he lost his eyesight, when police fired rubber bullets at protesters but he doesn’t want to relive the experience. His ten-year-old nephew works as his aid when he is not at school, and his sister sometimes cooks for Diyani. “He is my eyes, wherever I go I go with him,” said Diyani..

Diyani is co-parenting a five-year-old who lives with him most of the time in his backyard shack, for which he pays R600 a month.

Richard Sithembinkosi Bhula, 48, says his leg was broken during the 2018 protests. He was born in Zwelihle and says he has been on the housing waiting list for 23 years. He is unemployed and gets the R350-a-month Covid grant. He lives in his father’s house with his wife and three children.

“I am still limping. IPID contacted me once and said they will investigate but never called again,” he said.

Benathi Vila, 30, lives with his wife and two children in Marikana settlement. His eye was injured during the protests. He said IPID has never contacted him.

Showing scars on his face and neck, he told GroundUp: “I was sitting at the fire inside my shack when I heard dogs barking loudly. When I went to check I was met with lots of police coming my way. They were very close and they started shooting at me. I got injured in the eye. I was treated at Strand hospital, then transferred to Tygerberg, where I stayed for three weeks and the doctors operated on my eye. My eye is still painful and I can’t see properly.” 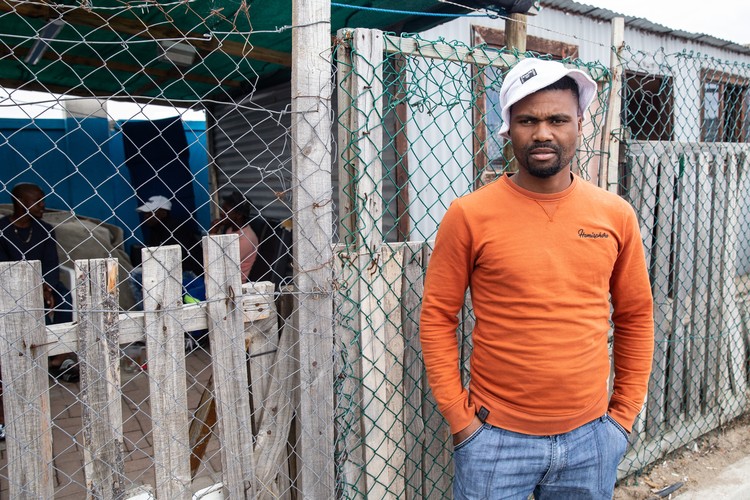 Meford Mahluko, 44, told GroundUp he was one of 30 protesters arrested for public violence. He said during the protest police had shot him with rubber bullets, and hit him with a gun. He was detained for a month without medical help, he says.

“The trial ran for two years. Every month we attended court till the case was thrown away. I had bruises all over my body. My gums are giving me problems. I lost my job at a restaurant in Hermanus after I was put in jail. I relocated to Khayelitsha where I am renting a house and still hoping to get a job in Cape Town. To look after my two children, I make meals and sell them around Khayelitsha.”

Mahluko said IPID had only contacted him once, in 2018.

Spokesperson for IPID Lizzy Suping said in response to questions: “Our information is that the Zwelihle Police Station was burned down in 2018. This happened during the uprising where the community members complained about assault cases and other offences which they suffered at the hands of the police.”

“In 2019, IPID interacted with the community where statements were taken from the victims including the victim who lost his eyesight allegedly at the hands of the police. The investigation on all the issues including the one you raised is ongoing.”

On 5 April, GroundUp sent follow-up questions asking what had happened with the four cases since 2019. Suping replied that she had already responded.

A further invitation to comment had not been answered by the time of publication.

Next:  People wait in the cold and rain for hours outside Home Affairs in Mitchells Plain

Previous:  Trapped in a waterlogged shack with her children during Durban floods