Filthy train station has been cleaned … but not by PRASA

De Mist station before and after it was cleaned. Photos: Thamsanqa Mbovane

De Mist station in Uitenhage, which was waist-high in weeds, has been cleaned — but not by the Passenger Rail Agency of South Africa (PRASA). After GroundUp published pictures of the filthy station, members of the political party Freedom Front Plus cleaned it up.

The station is one of 11 on the way to Port Elizabeth most of which have been ruined by vandalism and neglected by PRASA. In some stations toilets are broken, and taps, basins, toilet seats, bulbs, doors and even ticket machines have been stolen or vandalised.

“Volunteers from a political party came and cleaned the station, not our bosses at PRASA,” said one PRASA worker at De Mist. “Volunteers were wearing T-shirts written FF Plus. They were dominated by elderly people. They carried spades, forks, grass cutting machines and a lot of rubbish plastic bags.” she said.

FF Plus spokesperson Bill Harington said after seeing the GroundUp article republished in the Daily Dispatch on 22 January, they had decided to intervene.

“An investigation revealed that decay and vandalism are at the order of the day at the station, and that serious damage has been done to the infrastructure and to the toilet facilities in particular.”

He said several members of the FF Plus “decided to roll up our sleeves and do something about it – we cleaned the station’s premises and platform, cut the grass and pulled out weeds so as to make the station safer for use by commuters.”

“We are being shouted at every day by commuters boarding the train, saying this train station is dirty,” said one PRASA worker at Uitenhage station.

“Commuters waiting for the 5:30am, 6am and 7am trains often hurl insults at us,” said another worker. “They say we should be ashamed of ourselves….because we are working in a filthy train station. We always keep quiet, because our customers don’t understand that we are also in the same predicament.”

Her colleague said, “When it comes to eating money, our bosses are quick. There are no 11am or 2pm trains to Port Elizabeth from Uitenhage anymore or vice versa. We don’t know why. We don’t even know what to tell commuters. You will only get the last morning train at 7am and the last afternoon train at 6pm. We come to the station only to sit on the benches most of the time.”

“PRASA is not even selling monthly tickets anymore.” 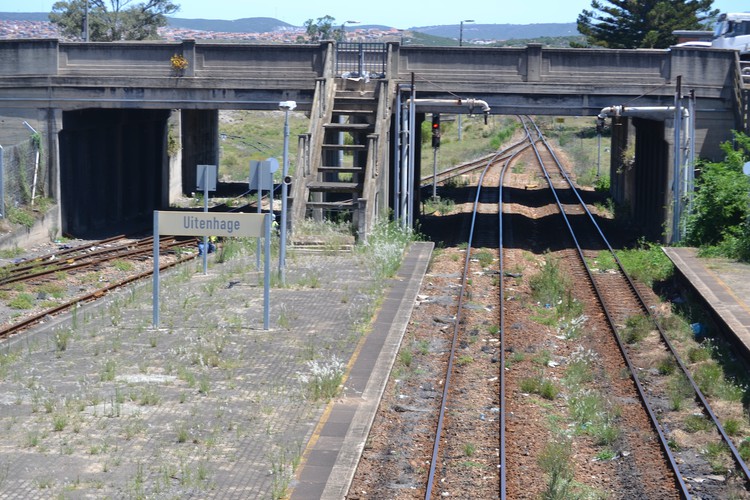