Elderly widow evicted from her home of 35 years

“I am so stressed and heartbroken. Since when has it become lawful to evict people who have nowhere to go?” asks Matilda Peterson aged 66. “I am just a poor widow who has no one in the world and nowhere else to go.”

She and 34 other households were evicted from an old mine building behind the Home Affairs offices in Nigel. It had been her home for 35 years she says. Since the eviction on 25 July, she has been sleeping on a mattress with only one small blanket to cover her. Ten evicted families are now living in the open.

The families say they were served with an eviction order. According to the eviction letter the evictees had “failed to vacate the premises by 30 November 2018 as required in terms of the order of 26 October 2018”.

But the residents were not expecting to be evicted as they had hired a lawyer to lodge an appeal against the eviction. For months they have been putting together R600 a month to pay him.

Nomvula Makubo said that when they got the eviction notice “we went to the municipality seeking help”.

“They said they would come and register our names for houses, but they are only coming now, and it’s too late,” Makubo said.

She is now living in the open with her two children, aged five and nine. She said she had registered for a house but when she went to check she was told she wasn’t on the list.

Peterson said when she first came to building it was a shop for miners and the man running the shop allowed her and her family to stay. She said they cleaned up the place and came to love it as their home, even though it has no toilet and there is no tap water.

As more people came, they subdivided the space into rooms.

Ward Councillor Wollaston Labuschagne (DA) said, “When I became aware of the evictions I went to the property. As I arrived the SAPS members present showed me a copy of the eviction order. I have considerable empathy for the situation the evictees face, however, it should be noted that they occupied the house without the owner’s consent. Unfortunately as a local government councillor I do not have the means to arrange RDP housing for homeless people as that responsibility falls on national and provincial government through the Ekurhuleni Human Settlements Department. On the day the people were evicted I notified various community organisations requesting for any means of support. It was confirmed that two weeks prior to the evictions a community safety organisation from Mackenzieville distributed approximately 40 blankets to the occupants of said building.” 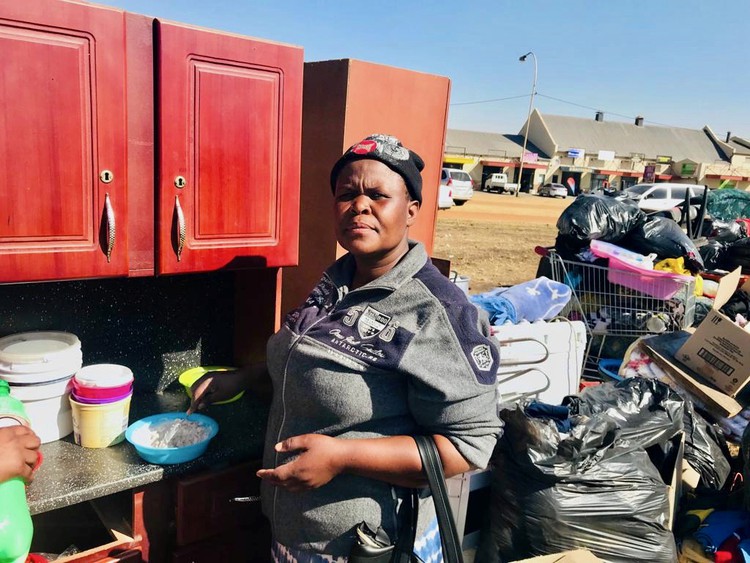 Novula Makubo is now homeless. She is unemployed and survives by baking and selling scones. 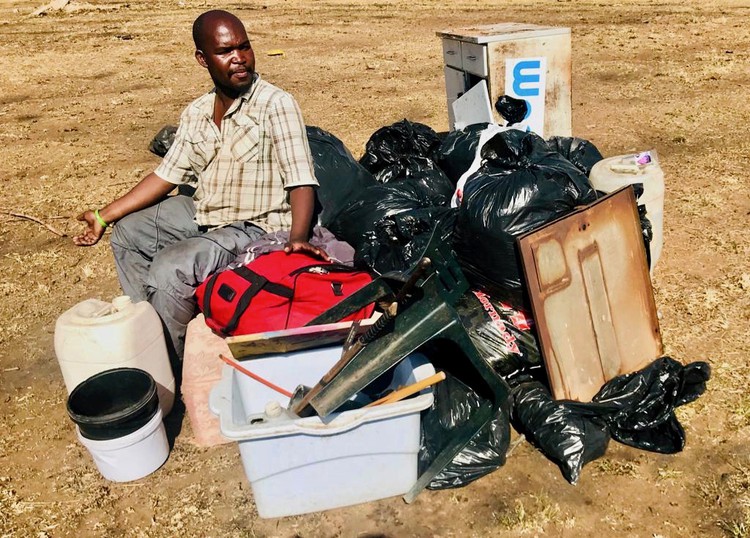 “Where is our government when we are suffering like this?” asked Mazwi Kunene. He said he had been living in the building for more than 15 years. He survives by doing occasional gardening work in Nigel. He earns about R600 a month. 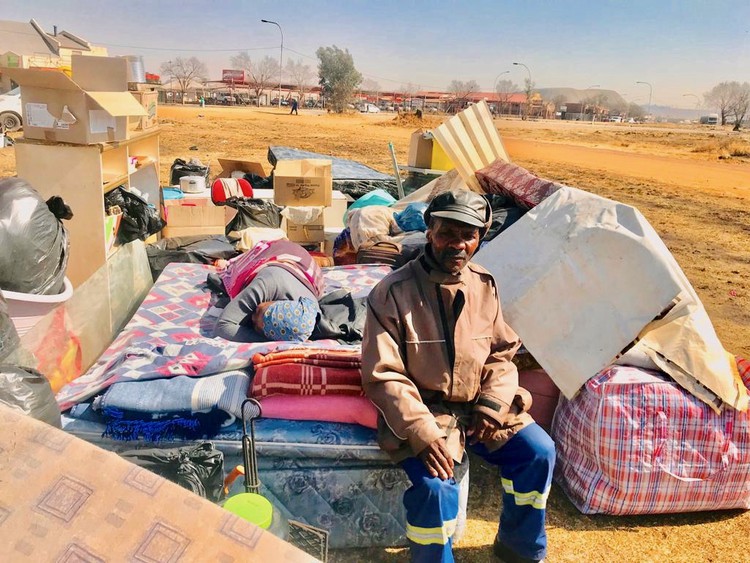 Robert Gumbi, from Tsakane, and his wife, Lindiwe, said they had been living at the building for more than ten years. He does gardening jobs and gets paid R60 a day.

Next:  Masiphumelele fire leaves over 1,000 homeless