RDP homes have been abandoned 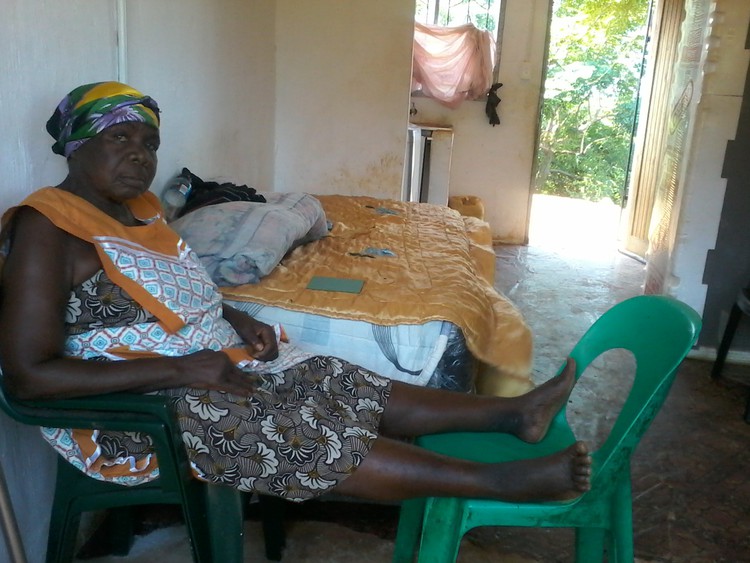 Sibongile Maphumulo is one of 16 people with a disability who was meant to move to the newly built RDP units at Emona Sunhill Housing Development in Tongaat, north of Durban. Photo: Nokulunga Majola

The eThekwini Municipality’s human settlements department is investigating complaints that homes given to older people or people with disabilities in Tongaat are unsuitable for them.

Sibongile Maphumulo is one of 16 beneficiaries meant to have moved to the newly built RDP units at Emona Sunhill Housing Development north of Durban. She had a stroke ten years ago which severely impaired her mobility. She needs a cane to balance. She is 74.

The houses are dotted in the veld alongside sugarcane fields. A long gravel path, unsuitable for wheelchairs leads from the road to Maphumulo’s house. The houses are isolated and a person living in them would be very exposed to crime. Residents over 80 or with disabilities were prioritised for these houses. But they are simply unsuitable.

Maphumulo is currently living in a unit in a block of flats on the development. She has to sleep in the lounge area because she cannot walk upstairs where the bedrooms are located.

We spoke to five residents with similar complaints who could not move into the houses. All 16 homes are abandoned.

Ward 61 Councillor Dolly Munien said she is inundated with complaints from residents. “My biggest concern is that these houses are being vandalised because they have been vacant for some time. Copper pipes and electricity boxes have been stolen, windows and doors have been broken. In one of the houses, the ceiling is falling off. This is no place for the elderly and disable people to live. It is just not safe.”

EThekwini Municipality spokesperson Msawakhe Mayisela said the City was not aware of complaints about the houses but would investigate the matter.