No sign of promised swimming pool in Sundays River

The Sundays River Municipality has broken its promise of a swimming pool to the children of Addo, who will once again spend the summer swimming in a canal where seven have drowned this year.

The 300-kilometre long open canal runs past the backyards of hundreds of houses in Addo and Kirkwood. It flows past a number of small villages on its way to irrigating commercial farms, mostly citrus plantations. Many children swim in the canal and each year there are drownings. Police say there have been seven fatalities this year alone.

“We would like to train lifesavers in these areas to operate the pools and recreational facilities. This will also help create employment and also save children’s lives. The proposal will be going through council very soon,” he promised.

He also said that the swimming pools in Kirkwood town, which were seldom used, would be “relocated” to Moses Mabhida township “that’s nearer the residents”.

Addo councillor Simphiwe Rune also said the Sundays River Valley Municipality had identified a place to build a recreational park and a swimming pool for children in Addo. “We are busy with the project,” he assured GroundUp.

But the swimming pools have not been moved. And the new “recreational facility” in Addo is a windswept sandy space with a handful of swings and roundabouts but no swimming pool or even a tap.

GroundUp visited Addo on Friday to look at the “recreational park” built outside the Addo satellite municipal offices. It has no fence, no water, no benches, and the paint on the swings and slides is already peeling.

A municipal worker, who did not want to be named, said no maintenance work had been done on the site since it was built last year. 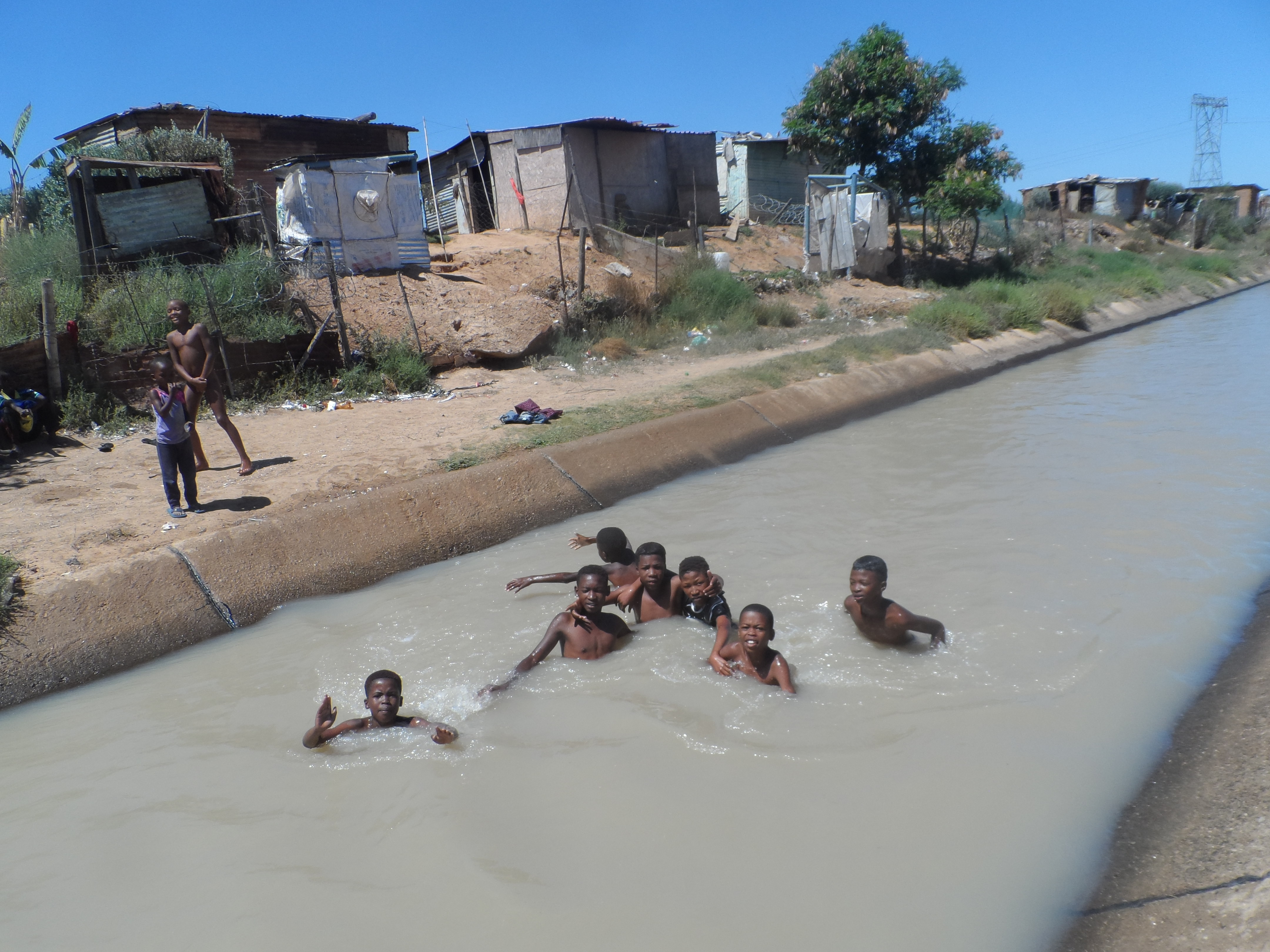 Nine-year-old Bongani Tom, who was playing in the area, said the municipality should rather have built a swimming pool.

He said, “It’s better than having nothing at all but the municipality should have built a swimming pool and jumping castles like parks in Nelson Mandela Bay.

“I hate going to the canal because many children have drowned. I hope the municipality will erect a swimming pool because children go to the canal to cool off. This area is very hot and it has not rained for a while. “

Another child, who only identified himself as Mzo, said he had to walk for more than thirty minutes to reach the park. “The place is too small while there are many children who want to use it,” he said.

Asked why the municipality had not kept its promises, Fadi put the blame on residents who did not pay for services. “We said last year (to GroundUp) that we are looking at creating swimming pools in each community subject to the availability of resources. Those resources can only arise when our community pay services which they do not do, or when we receive grants.”

“The available resources are not prioritising recreational facilities as the priority is provision of clean water, sanitation and electricity,” said Fadi.

Next:  Still no services after 21 years, say Silversands residents