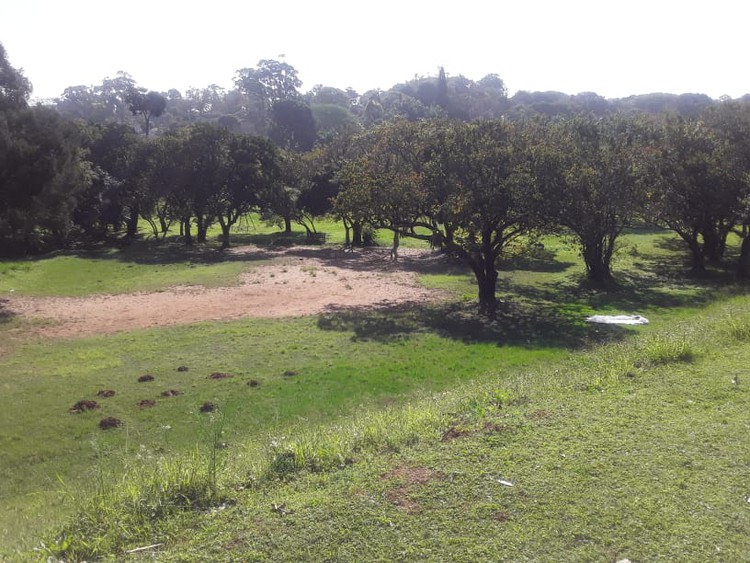 The spot in the park where Nsindiso Mcinelwa was taken to and set on fire by people accusing him of stealing a cellphone. The park is next to Malacca informal settlement in Redhill, Durban. Mcinelwa is currently being treated at Addington Hospital for severe burn wounds. Photo: Nokulunga Majola

A 30-year-old man is being treated for severe burn wounds at Addington Hospital in Durban. Nsindiso Mpumelelo Mcinelwa was set alight near Malacca informal settlement allegedly by a group of taxi drivers on 14 June who accused him and another person of stealing a cellphone. The other person managed to escape the torching.

“No one deserves to be burnt alive as if they’re garbage,” says Bongani Bixi, Mcinelwa’s brother. According to Bixi, Mncinelwa washed taxis for people next to KwaMathambo informal settlement in Redhill where he lives.

According to the South African Police Services’ 2019/2020 crime statistics, at least 1,202 of the 21,325 recorded murders were linked to mob justice. Between January and March 2021, the quarterly crime statistics indicate that three murders per day are as a result of mob justice.

Bixi said on the day of the incident, he received a call from residents of Malacca informal settlement. His brother had been doused with petrol and set alight. “I rushed him to hospital where I was told that his burn wounds are severe and that there is a slim chance that he would fully recover. He is still struggling to breathe on his own,” said Bixi.

“What makes me angrier is that I was not allowed to open a case as I was told someone else had already opened a case. I recently found out that one of the suspects was arrested and appeared in court.

“How will we know if the person gets prosecuted or not because we don’t have any information regarding the case. I want justice for my brother… Our mother is worried sick about him,” said Bixi.

KwaZulu-Natal police spokesperson Captain Nqobile Gwala confirmed that a 24-year-old suspect was arrested and charged with attempted murder. He made his first court appearance on 17 June. The suspect is due back in court on 16 July. “The case is being investigated by Greenwood Park Police after two males were set alight after petrol was poured on them. The other victim managed to escape and only his pants caught fire while the other victim sustained injuries and was taken to hospital for medical attention,” Gwala said.

Since the incident, residents of the surrounding informal settlements including KwaMathambo, Mandeni and Malacca say they don’t feel safe anymore.

A Malacca resident, who did not want to be named for fear of intimidation, said that people living in informal settlements were viewed as criminals because they live close to the park where many incidents occur. “We are tired of people from other areas coming to this place to commit crime so that it would look like we did it,” she said.

A community leader from KwaMathambo, Ndodeni Dengo, said, “We fear for our children because anyone can just come and take people inside the settlement to go kill them somewhere else. The police must do their job and patrol the area.”

A study by the Institute for Security Studies (ISS) in 2019 found that at least two people are killed by mob violence or vigilante group attacks per day in South Africa.

“Violence is so normalised in society that ‘ordinary’ people commit horrific acts, at times in response to high levels of crime and perceptions that police and government crime-reduction strategies are ineffective,” said Lizette Lancaster, manager of the ISS’s Crime Hub in Pretoria.

Lancaster said vigilantism and group violence have occurred in South Africa for centuries in the absence of just and equitable law enforcement under colonial and apartheid governments. “Crime statistics suggest that many communities experience high levels of violence and crime. Public confidence in the criminal justice system is often low and people don’t trust the police to protect them,” said Lancaster.

According to ISS, young men are most likely to be the victims and perpetrators of crime. “The cases that usually make it into the media are those in which suspects are killed. Death normally happens through beatings or stoning, but the most notorious method is apartheid-style ‘necklacing’, where a car tyre is placed around the suspect and set alight,” Lancaster explained.

“When there are clear violations of the law, the state must be seen to respond swiftly and fairly. But as long as South Africans feel the state cannot keep them safe, they are likely to seek their own justice, often with horrific repercussions,” said Lancaster.

Next:  Ivermectin: balance of evidence shows no benefit against Covid-19