District Six: This time the bulldozers are there to build houses

Long-buried houses revealed as diggers clear the site for housing 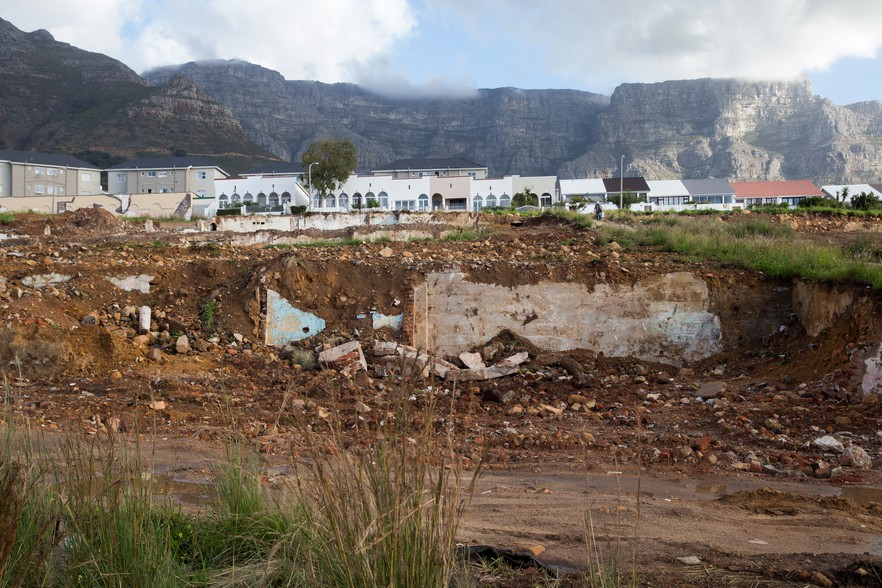 Under the District Six restitution project, 212 housing units, making up 954 homes, will be constructed at a cost of R325 million.

Work on the final phases of the District Six restitution project has begun. The national Department of Agriculture, Land Reform and Rural Development is having the ground cleared and rubble removal as mandated by the courts.

When we visited the site last week with Mandy Sanger, education manager at the District Six museum, two mechanical diggers were clearing mounds of soil into waiting trucks.

The remains of long-buried houses and streets have been uncovered by the site preparations. Sanger said that it was a shock to see them.

District Six was the site of some of the first racially motivated forced removals in the Cape, when there was an outbreak of plague at the turn of the 20th century.

In February 1901, the epidemic had Cape Town in its grip. According to Public Health and Society in Cape Town, 1880-1910, Elizabeth Boudina van Heyningen’s 1989 doctoral thesis, black Africans were scapegoated by the local press and politicians as spreaders of disease. The plague most likely entered South Africa via British warships, which were ferrying troops and supplies to the South African War. District Six, near to the docks, was particularly affected.

Local authorities used the plague as an opportunity to reshape the city. They began by removing black African residents from Horstley Street in District Six to Uitvlugt, where plague hospitals had been set up. Uitvlugt would later expand to become the “location” of Ndabeni.

During the next century the city would be reshaped, often by racial diktat. Under the Group Areas Act, in 1966, District Six was declared a whites-only area. Removals started in 1968 and by the early 1980s, 60,000 people, mostly coloured families, had been removed from the area to the Cape Flats. District Six, described as a “slum”, was razed to the ground to make way for new buildings, including the Cape Peninsula University of Technology (formerly Cape Technikon), and residential housing for whites, which was never built. 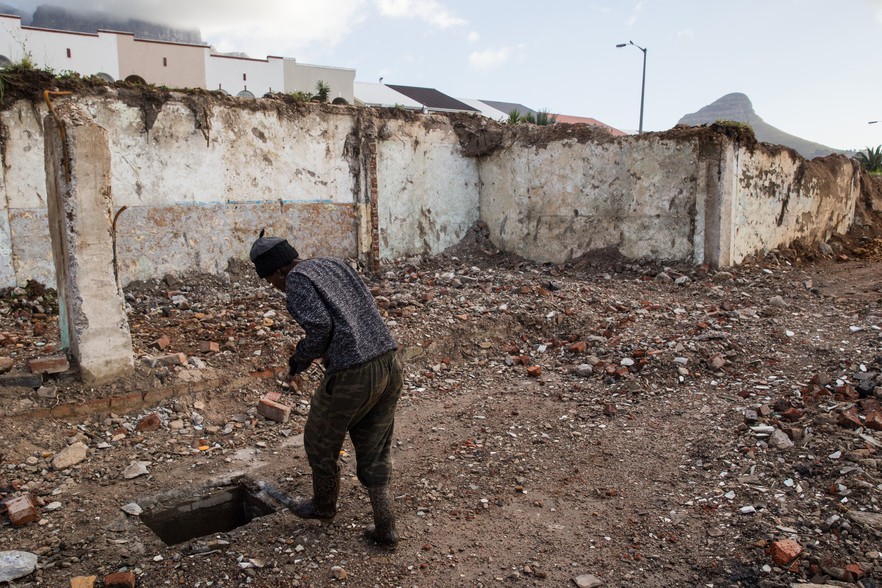 A homeless woman, who has been living on the site, searches for scrap metal among the ruins.

Horstley Street, buried by apartheid bulldozers almost half a century ago, is now exposed to daylight once more. The boiler room of the old Tafelberg Hotel, off what used to be called Constitution Street, can be entered again – if only through a narrow gap in the earth. 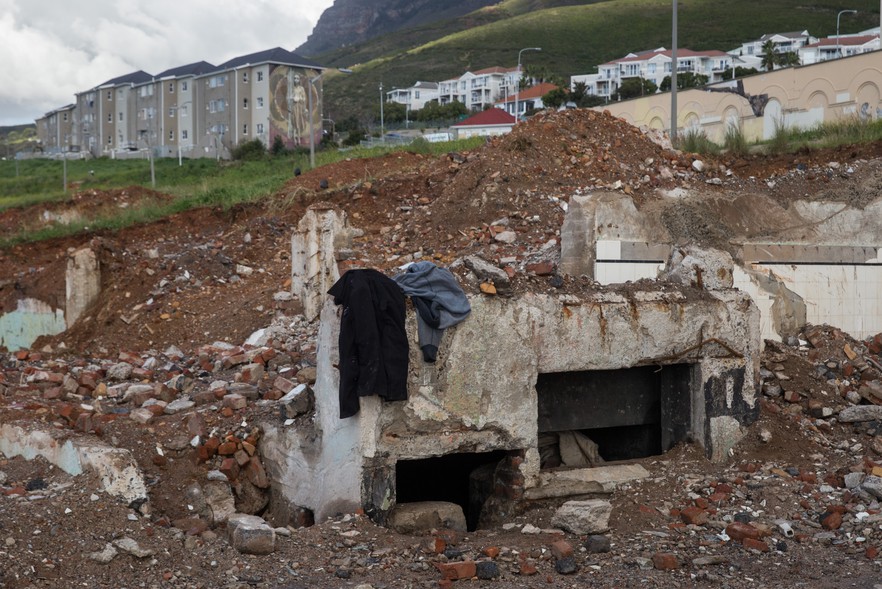 Homeless residents have moved into the boiler room of the old Tafelberg Hotel.

There are approximately 20 people living on and near the site in a circle of tents. A woman, who has been living on the site for four years and did not want to give her full name, said the group had been approached by the City and told that they must move. She and others have been collecting scrap metal from the recently-exposed ruins, mostly heavy steel bars. 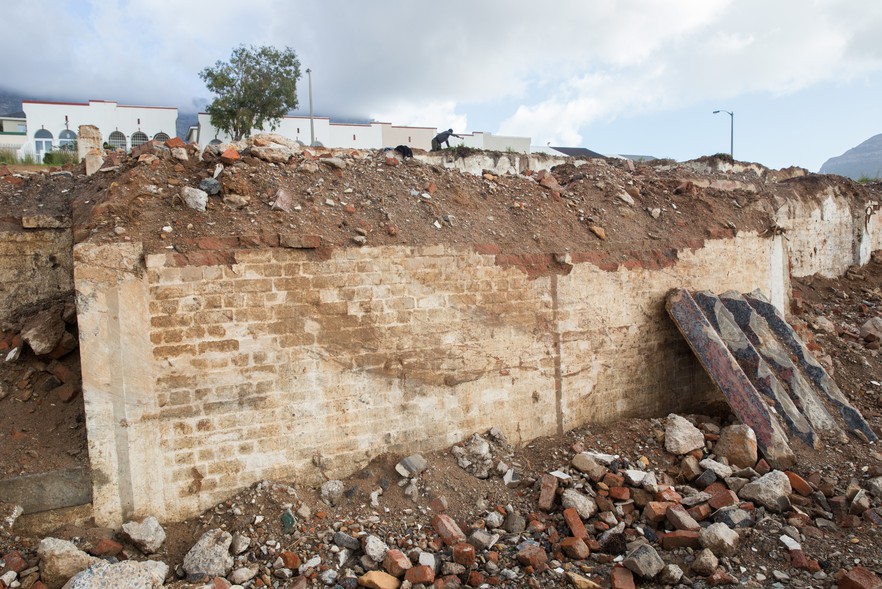 New homes are meant to go to people who were evicted from District Six by the apartheid government, and who lodged restitution claims between 1994 and 1998.

Kelvin Naidoo, Director of Projects, told GroundUp that work at the site was in preparation of the next three phases of the restitution work.

According to the plans published on the department website, the area currently being cleared forms part of phase 3 of the plan. This space will contain 212 housing units by 2022, at a total cost of R325 million. In total, 954 homes will be constructed, according to the plans.

The homes are to go to people who were evicted from District Six by the apartheid government, and who lodged restitution claims between 1994 and 1998. According to the plans, 75% of the dwellings will be allocated according to the order in which claims were lodged; and, 25% will be allocated “in terms of secondary criteria of Special Needs Cases. These Special Needs Cases will consist of the following categories: Old Age; Infirm Health and Indigence”.

Marian Nieuwoudt, the Mayco Member for Spatial Planning, Heritage Western Cape issued an archaeological permit to the national department for the removal of the rubble to prepare the sites for development. “As the City understands, the intention is to retain as much of the in-situ historic fabric, particularly any road surfaces, kerb stones and anything similar.”

Chrischené Julius, acting director of the District Six Museum, said the museum had not had any communication from the Department about excavations on the site, nor any communication with the archaeologists on site. “The excavation has caught everyone unawares and has caused a lot of panic and trauma for District Sixers,” she said.

But Naidoo said: “Consultations with community representatives are ongoing and are intended to remain for the duration of the project so that beneficiaries are kept abreast of progress on site.” 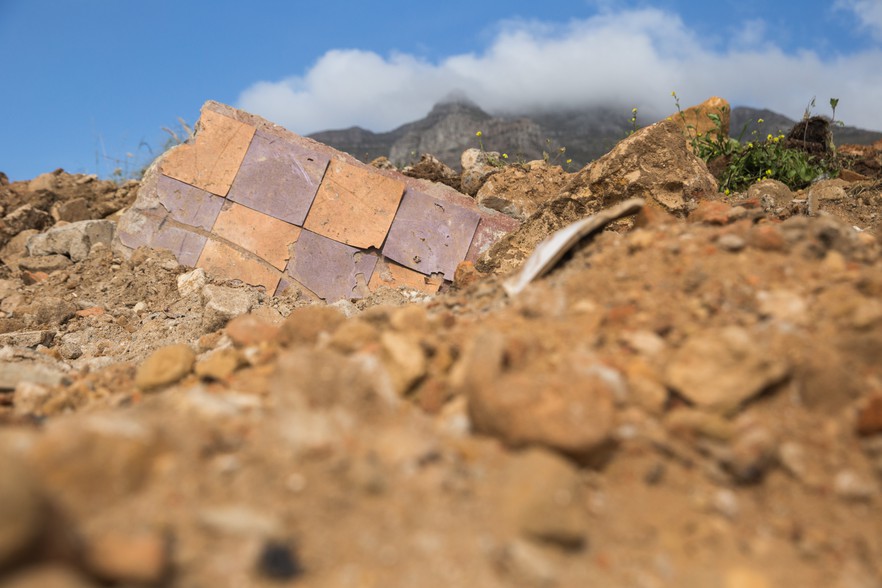 Tiles from homes previously demolished by the apartheid regime lie in the rubble.

Next:  Zimbabweans who missed food assistance deadline are desperate

Previous:  Lottery officials removed a webpage and then accused us of falsely reporting what was on it