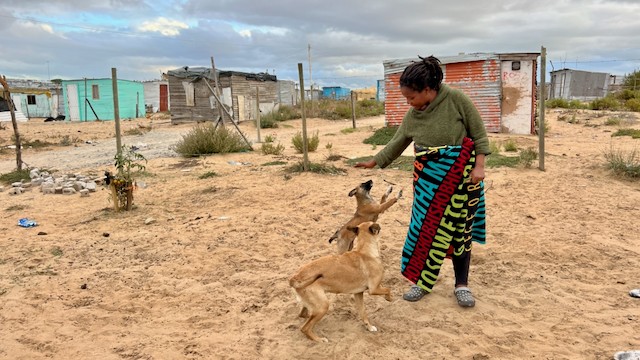 Nyameka Mpande moved onto municipal land next to the Diep River in 2020. She was heavily pregnant at the time but unable to pay rent due to the pandemic and the Covid lockdown. She lives with her infant son now and makes a living by growing vegetables and rearing livestock. Photos: Peter Luhanga.

More than 200 families occupying municipal land on the Diep River floodplain near Milnerton are facing eviction as the moratorium on evictions has ended with the lifting of the National State of Disaster.

The City attempted an eviction in July 2020 but it was stopped by the Western Cape High Court.

Now the City of Cape Town has reinitiated eviction proceedings. It served notices on 22 March telling the occupiers to vacate in 21 days. But on Monday (11 April) occupiers ignored the deadline.

Most occupied the land around July 2020. They left backyard dwellings in the surrounding areas because they had lost either their jobs or their income because of the pandemic and lockdown. They have lived for nearly two years now without basic services. Many practice subsistence farming, rearing chickens and geese. They call the area Riverside.

The occupiers have hired lawyers who advised them at a meeting on Saturday, 9 April, to stay where they are.

Gaqa was a backyarder in Dunoon until she could no longer pay rent. The area where she first built her shack had flooded and so she moved to higher land.

Deputy Mayor Eddie Andrews said Erf 79 Rivergate, Dunoon, had been unlawfully occupied during the Covid-19 lockdown. There are about 230 informal structures on a floodplain unsuitable for habitation, he said. The City had not been able to proceed with evictions during the national state of disaster, but had obtained an interdict against any further unlawful occupation of Rivergate land.

He said the notices served on 22 March were a precursor to formal eviction proceedings which will now be conducted in terms of the Prevention of Illegal Eviction from and Unlawful Occupation of Land Act (PIE).

Andrews said the land is of significant value in terms of its biodiversity and the endangered Renosterveld it contains. It will be incorporated with the bordering Table Bay Nature Reserve. 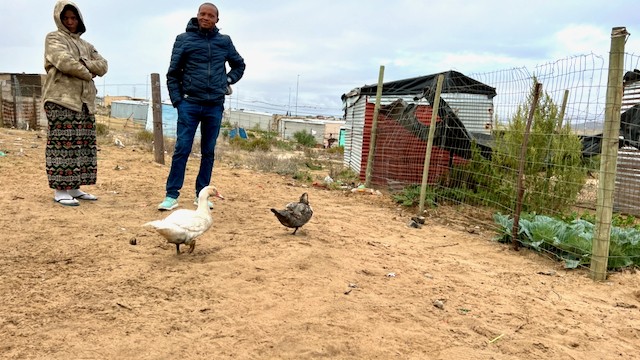