The Knoflokskraal community still face eviction from the 1,800ha land earmarked for forestation 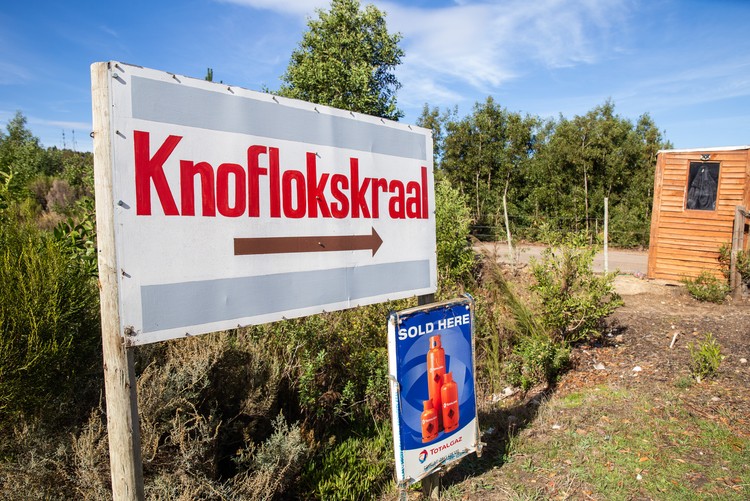 Forestry Minister Barbara Creecy told Parliament on Tuesday that agreements with members of the Khoisan occupation known as Knoflokskraal, in Grabouw, had failed. The land has been earmarked for forestation. Photos: Ashraf Hendricks

The Department of Forestry, Fisheries and the Environment (DFFE) no longer wants to manage the Khoisan occupation known as Knoflokskraal in Grabouw in the Western Cape.

This was revealed by Minister Barbara Creecy during a parliamentary briefing on 13 September where “investigations” into the occupation, spread across three plots in the Elgin Valley, were discussed. She said that the 1,800 hectares of land is earmarked for forestry plantations and not human settlements.

The rural farm land is currently managed by the DFFE but it is owned by the Department of Public Works and Infrastructure (DPWI). It was initially occupied in 2020 and is home to about 4,000 people. GroundUp previously reported on the first few occupants who had moved onto the land with the intention to establish a self-sustaining “sovereign Khoisan community”.

On Tuesday, Creecy told MPs that they intended to hand the management of the land back to Public Works following failed attempts to engage the community and Theewaterskloof Municipality. “Under those circumstances I can only return [Knoflokskraal] to the owner, who will then be in a position to decide on the land use,” said Creecy.

Addressing the National Assembly, Creecy said that the DFFE is not responsible for “land restitution”, “local government” or providing services to the Knoflokskraal community.

Creecy explained that the department initially participated in meetings with community representatives to establish a Community Forestry Agreement. In these agreements, plantations are transferred to communities with the aim of sustainably developing the land. 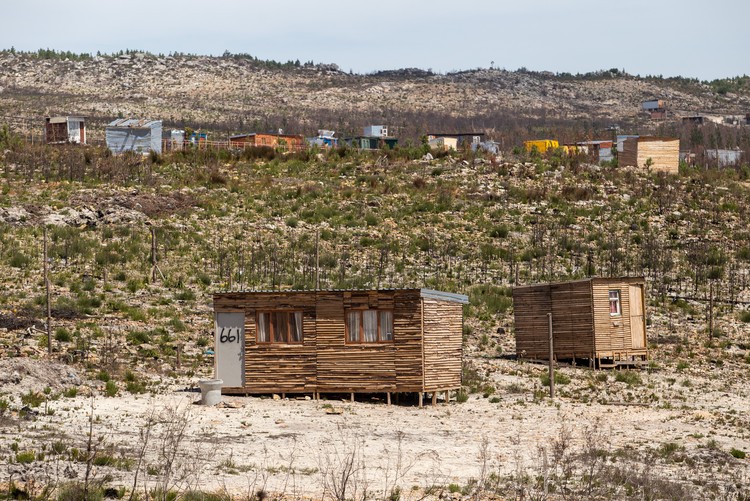 The occupation is currently home to about 4,000 people who mostly live in wooden structures spread across about spread across 1,800 hectares in the Elgin Valley.

The department has also approached Public Works to start the evictions process against the community.

Deputy Director-General of Forestry Management, Pumeza Nodada, told Parliament that they still intend to pursue the eviction process as a “permanent solution” and to prevent “spillover into other areas”. She said the occupation is growing daily.

Nodada acknowledged that Forestry may be required to provide alternative accommodation when an eviction order is granted. There is however an order in place which prohibits more people from moving onto the land or building additional structures.

Nodada reiterated that they have no option but to try to release the land back to Public Works, which is permitted by section 50(3) of the National Forests Act.

EFF MP Nazier Paulsen spoke in support of the occupation, saying that many people in the province are backyard dwellers and landless.

The national and provincial governments have failed people, he said. “I take my hat off to them,” said Paulsen.

In response to some questions from politicians, Creecy suggested that Public Works be called to brief members directly as the land owners.

Theewaterskloof Municipality did not respond to GroundUp’s request for comment on the briefing.

Next:  Restoring dignity to our courts: the duties of legal practitioners

Previous:  Immigrants forced out of their homes in Plettenberg Bay

Look at Canada and the inuit!

In Canada, agreements gave been reached with First Nations regarding land restitution. I really hope that the Western Cape Government will stop acting like the National Government and send a delegation to Canada to see how the legitimate land claims of the Khoi can be met. The DA is always quick to attack the ANC. It is about time that they took a large dose of their own medicine in Grabouw.