“We’re not going to die from the coronavirus, but we will die of hunger”

When GroundUp arrived in the afternoon, a large contingent of police and the SANDF were on the scene. Traffic officers blocked sections of AZ Berman and Spine Road. Rocks and coils from burnt out mattresses littered the streets. Each time police attempted to quell the protest with rubber bullets, the group of about 100 protesters would quickly disperse and regroup in a different part of the suburb. When police in armoured vehicles chased them, protesters would again disperse and regroup, blocking other streets with rubble and burning tyres and throwing rocks at police. Onlookers and children sitting on roofs scattered as police walked down streets in groups telling residents to go back inside.

“At the end of the day we’re not going to die from the coronavirus, but we will die of hunger”, said Lizle Manuel, chairperson of the Tafelsig Community Upliftment Forum. Manuel said three weeks ago residents had received a Whatsapp message telling them to call a SASSA toll-free number about food parcels. After answering some questions on the phone, they had been given a reference number and told that the Department of Social Development would get back to them in one week. But there was no word from the department. This frustrated and angered residents, said Manuel.

“People are protesting because they’re hungry and their children are hungry.” She said that the government had forgotten about the people in Tafelsig. 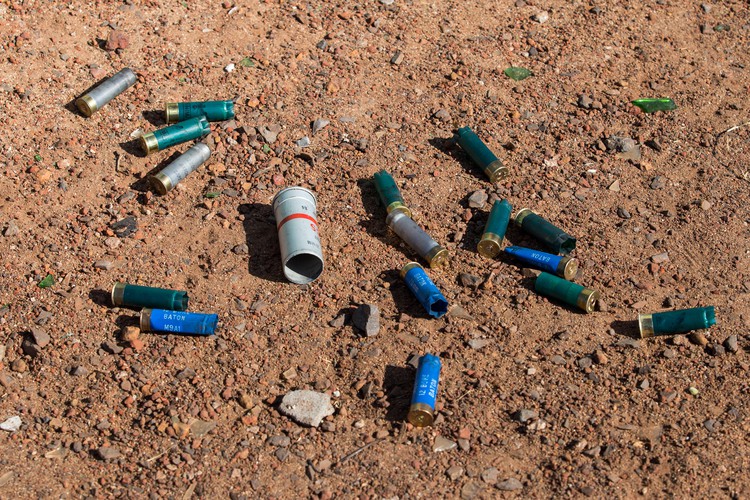 Several fake messages about food parcels have been circulating, but it is unclear if it was one of those messages that created the expectation of food relief from the government.

“We must stay at home because of the virus, but where must we get food from?” said Tafelsig resident Rosie Matthews. She said residents were protesting because they had not received food parcels. “We are hungry”. The only income she receives is her R1,700 pension and because of the lockdown, both of her daughters are unemployed. Matthews said that she used to make some extra money by sitting outside, and just asking for a few rands here and there, but that was no longer possible. She said they needed food and money for electricity from the government.

Kenneth Peterson, a 62 year old Tafelsig resident, said that on television, he often saw people receiving food parcels. “But what about us here?”

Peterson said that he had heard the president make a promise that parcels will be made available for everyone. He said the lockdown is difficult because he can’t go out to find food for his wife and four children. The family, he said, is surviving off a pension which lasts, at the most, four days.