Covid-19 Report 6: What does herd immunity mean for South Africa?

Also: Are schools safe? Hydroxychloroquine does not prevent Covid-19. And more 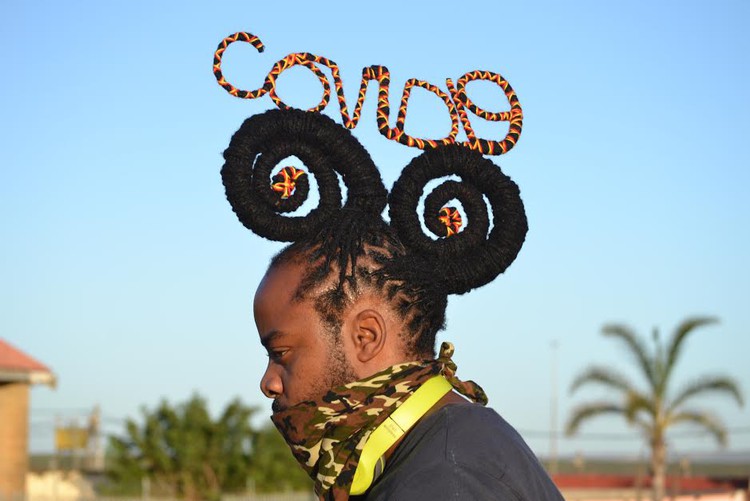 This is issue 6 of Covid-19 Report. We point you to the latest quality science on the pandemic. If you come across unfamiliar terms, there is a glossary at the bottom of the article.

Since schools are returning, we try to point you to the latest reputable research we’re aware of on children, teachers, schools and Covid-19.

Children are less likely to get ill from Covid-19 than adults. This review of 45 scientific papers from January to March found that children accounted for 1 to 5% of diagnosed cases. The largest dataset they looked at, a Chinese one, considered anyone up to 19 years old a child.

Children usually had milder disease than adults and deaths were rare. For example in Italy, at the time of the study, no one under the age of 30 had died of Covid-19.

The authors write: “Diagnostic findings have been similar to adults, with fever and respiratory symptoms being prevalent, but fewer children seem to have developed severe pneumonia.”

An editorial in the same journal says: “[E]ven though children tend to have mild forms of Covid-19, that does not mean that we should ignore those who have the disease. We still need to take measures to prevent them becoming infected if we are to mitigate the pandemic.”

In South Africa, as of Wednesday, 5 of the 792 recorded deaths are in people younger than 20, less than 1%.

There is little reliable research on how infectious children are in a school environment. This article in The Conversation examines the limited data from schools in several countries. It has many useful links to primary sources. It concludes that for England, a “progressive return of children back to school, supported by adequate preventive measures and an effective test, track and isolate strategy” is advisable. How applicable to South Africa this is isn’t clear.

The World Health Organisation has published key messages for controlling Covid-19 in schools. Parents, teachers and learners should read it.

South African schools reopen as the epidemic escalates in some areas. Many children have to use cramped public transport like minibus taxis, and classrooms are often overcrowded. A large number of older people live in the houses of school-going children.

The Lancet has published a review of prevention studies to see how effective different interventions are. The researchers found evidence that keeping one metre distance between people was protective and the effect increased as distance lengthened. Face masks can “result in a large reduction in risk of infection”. N95 or surgical masks are better than cloth masks. Wearing eye protection (goggles or face shields) is also useful. 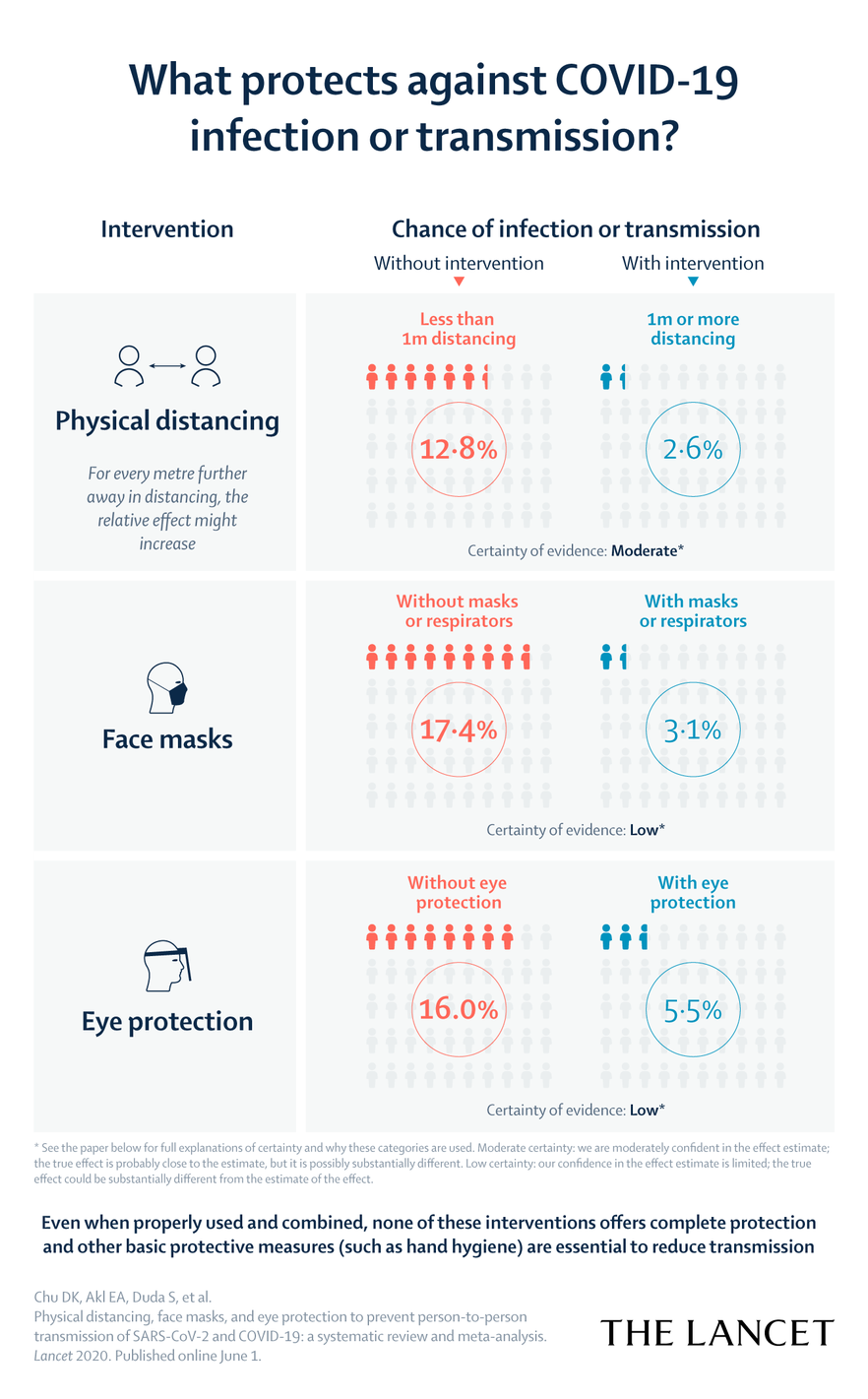 What does herd immunity mean?

There has been much discussion since the pandemic started about herd immunity.

In a model of an epidemic, the herd immunity threshold is crossed when enough people are immune that the number of new cases begins to decline. At this point each infected person infects on average less than one other person. (The technical explanation is that it’s where R goes below 1.)

In the real world, herd immunity is a much more complex and fluid thing:

Countrywide the number of deaths is still lower than expected because of fewer homicides and vehicle collisions during lockdown.

The MRC tallies death data weekly from the National Population Register. Unregistered deaths as well as registered deaths of people without an ID number are not recorded. The register is estimated to be about 86% complete. Currently deaths under age 1 are also not included in the MRC report.

A wealth of information from the NICD

The NICD continues to publish many useful reports. Their weekly testing report (up till 23 May) shows that the proportion of people testing positive in the most recent week is 7.2% - with the Western Cape and Eastern Cape at 17.5% and 8.8% respectively. Earlier in the epidemic the national proportion testing positive hovered around the 3% mark.

The NICD also reports that the mean test turnaround time in the public sector had risen from 2.5 days to 8 days over the preceding month due to laboratory backlogs. The latest epidemiological report shows that the crude case-fatality-ratio in South Africa is now about 2%.

The NICD also publishes hospital admission reports. The latest one reports that there have been 3,411 Covid-19 admissions in 207 facilities across the country (this includes both public and private sector). The median age of admission was 49 years old.

Interestingly, more than half the admissions have been women. In South Africa, in contrast to the rest of the world, there are almost an equal number of female and male deaths (slightly more men). By contrast in New York, 62% of deaths are men. Could this be related to the fact that there is a very high obesity prevalence among South African women? (Obesity is one of the main factors associated with Covid-19 death.)

It has been a topsy-turvy week for the drug hydroxychloroquine. The Lancet issued an expression of concern “to alert readers that serious scientific questions” have been raised about a study on hydroxychloroquine published in the journal last week. The study was widely reported on and featured in Covid-19 Report last week. According to the Lancet an independent audit of the data in the study has been commissioned. The Guardian has investigated and analysed what happened.

Then on Wednesday the NEJM reported the results of a randomized double-blind clinical trial of hydroxychloroquine to see if it prevented infections in people exposed to Covid-19. 49 of 414 people receiving hydroxychloroquine versus 58 of 407 people receiving placebo developed Covid-19. This is not a statistically meaningful difference, meaning the drug wasn’t effective.

Participants on the hydroxychloroquine arm reported more side-effects, but there were no severe adverse events.

Many of the papers we link to need not be read beyond the abstract, but randomised clinical trials are the gold standard of medical research, and this paper, along with the NEJM editorial, is worth reading in full, including for its limitations.

This isn’t entirely the end of the road for hydroxychloroquine, a drug that has become so heavily and unfortunately politicised. But even if some use for it is found against Covid-19 it is likely to be quite limited.

Surgery and death during the Covid-19 pandemic

You may have been wondering why hospitals are trying to delay elective (non-emergency) surgery as much as possible. A study in The Lancet shows that people having surgery who develop Covid-19 have a very high death rate.

The authors conclude: “Thresholds for surgery during the Covid-19 pandemic should be higher than during normal practice, particularly in men aged 70 years and older. Consideration should be given for postponing non-urgent procedures and promoting non-operative treatment to delay or avoid the need for surgery.”

Minor improvements were made to this article after publication.

Next:  Covid-19: Union accused of “storming” hospital, putting staff and patients at risk