Fed-up parents build their own classrooms 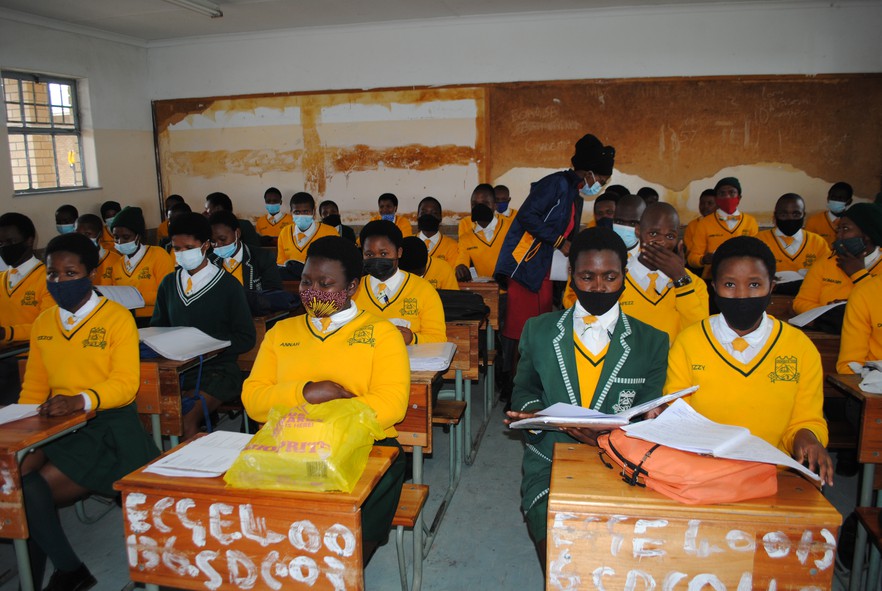 Learners cram into a classroom at Dudumayo Senior Secondary School in Mqanduli. The school is still waiting for 17 classrooms from the Eastern Cape Department of Education. Photos: Mkhuseli Sizani

On 18 February 2020, the Mthatha High Court ordered the Eastern Cape Department of Education to provide 65 classrooms at four schools in the former Transkei within 90 days. To date, only 17 have been built. Now the Legal Resources Centre (LRC) is back in court trying to get the 2020 order enforced.

At Enduku Junior Secondary School in Engcobo, Eastern Cape, four learners have to share a single desk. The school was promised 11 additional classrooms after the LRC first took the Eastern Cape education department to court in 2018. But nothing was done.

Dudumayo Senior Secondary School in Mqanduli, which has nearly double the number of learners it can accommodate, was promised 17 classrooms.

At Mnceba Senior Secondary in Ntabankulu, some classes have 80 pupils and many of them have to stand during class.

At Attwell Madala Senior Secondary School in Mthatha, 17 of the promised 22 prefab classrooms have been built.

Toilets in all four schools are in a bad condition. At Dudumayo Secondary, boys urinate against walls to avoid the filthy, broken pit toilets.

The schools’ fight with the department dates back to 20 August 2018, when the LRC, representing parents of learners at the schools, filed an application in the Mthatha High Court seeking a court order for the department to provide more classrooms at each school.

If this does not happen, the schools want the head of department Dr Naledi Mbude to appear in court within 14 days to explain the reasons why not, and to confirm when the classrooms will be provided.

In a statement the LRC said the department had blamed the challenges of the Covid-19 pandemic for its failure to fix the schools. “However, [they] failed to respond to this crisis when it was brought to their attention by the LRC in 2018,” the LRC said. “The Covid-19 pandemic can therefore no longer be used as an excuse. The state has had many opportunities to resolve the overcrowding at the schools and has been aware of the irreparable harm this causes to learners’ learning potential.”

In his affidavit on behalf of Attwell Madala school’s court application, School Governing Body (SGB) chair Joseph Budaza said that thousands of children at the four schools had been “receiving virtually no education and this has been going on for a year now. The long term impact of this breach of their right to education will undoubtedly be severe and will seriously compromise their prospects of finishing school,” Budaza said.

He said approximately 3,000 learners are either subjected to poor learning conditions or are not attending school at all due to class rotations that have been implemented to curb the spread of Covid-19.

Nontathu Mdaka, school principal at Dudumayo Senior Secondary school, said overcrowding had been a problem since 2018.

“Overcrowding and broken toilets are our main problems. We have 14 classrooms and our school is only suitable to accommodate 490 learners. But we have exceeded the limit because the other two high schools don’t offer history subjects. As a result, we have 958 learners.”

“The Department promised us in 2018 in a meeting in East London that it will convert Ntekelelo Junior Secondary into a high school to ease this overcrowding. It also promised us 14 prefabricated classrooms.

“Since 2019, the officials have been in and out of our schools surveying the land. In March this year, the officials came back again and put the marking pegs on land where they will erect the prefabs. But until today nothing has ever happened,” said Mdaka.

Mdaka said overcrowding has affected matric results, especially in Mathematics and Physical Science. “Each teacher is supposed to have 35 learners. But here we have a grade 11 class with 53 learners. Every learner deserves special attention especially in these subjects,” she said.

The school has resorted to using a rotational system to ease the pressure on teachers and to curb the spread of Covid-19.

“We allow grades 11 and 12 to come every day because we are concerned about their matric results. But other grades come only two weeks in a month,” Mdaka said. 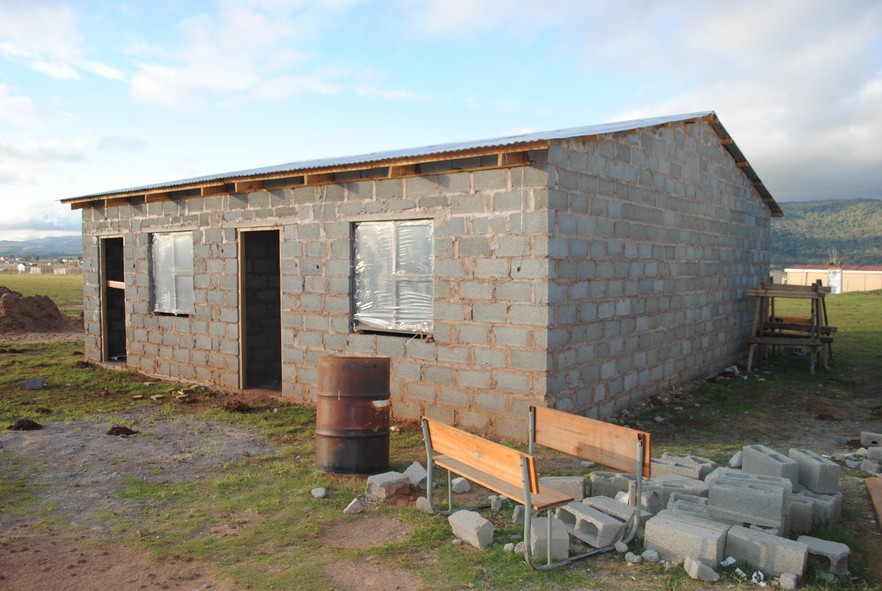 At Enduku Junior Secondary School, parents have resorted to building classrooms themselves.

Fed-up parents of Enduku Junior Secondary School in Engcobo decided to build additional classrooms after the education department failed to do so.

The school has 1,500 learners from grades R to 10, and 23 classrooms — ten of which were built by parents including a computer lab, said SGB member Nobubele Gqabu.

“It is overcrowded and our furniture is broken. Each desk is shared by four learners under these Covid-19 conditions. … This year we had over ten learners infected and teachers,” Gqabu said.

“We are sick and tired of the Department’s empty promises because it is gambling with our children’s future. This school was built by the community in the 1940s. But the officials have neglected it,” said Gqabu.

She said after the LRC took the Department to court in 2018, the officials visited the school the following year and promised to build 11 prefabricated classrooms.

“But until today we are still waiting for them,” Gqabu said.

Mlungisi Dyiki, a former SGB member, said, “For many years we have been asking the Department to build us additional classrooms. But we were told that we should forget about the brick buildings because there is no money.”

As a result parents had started building the classrooms themselves. “We could not fold our arms and let the department destroy our children’s future with empty promises”, he said.

“All the newcomers are charged R250 for school fees per learner and R200 for current learners. This money helped us to build the ten additional classrooms including a computer lab,” he said. 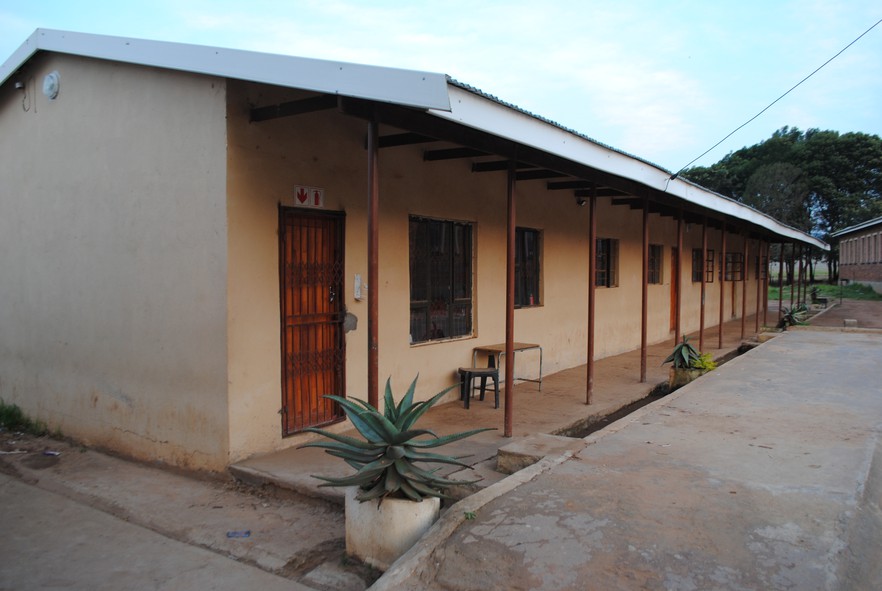 Four of the prefabricated classrooms at Mnceba Senior Secondary School were put up by parents themselves.

Parents at Mnceba Senior Secondary in Ntabankulu also decided to build four new classrooms at the school after several empty promises from the department.

SGB chairperson Mpendulo Matiwane said the school had been built early in the 1970s. It has 1,750 learners from grades 7 to 12.

“We have 29 classrooms and four of the prefabricated classrooms were built by parents for R20,000,” Matiwane said.

“We had to build these classrooms because the junior grades are overcrowded. There are classes with 80 learners and most of them stand while teaching takes place. Desks and chairs are broken. Floors are damaged and we keep on fixing them.

He said the school only allows learners in grade 11 and 12 to attend daily. Learners in lower grades attend school on a rotation basis. 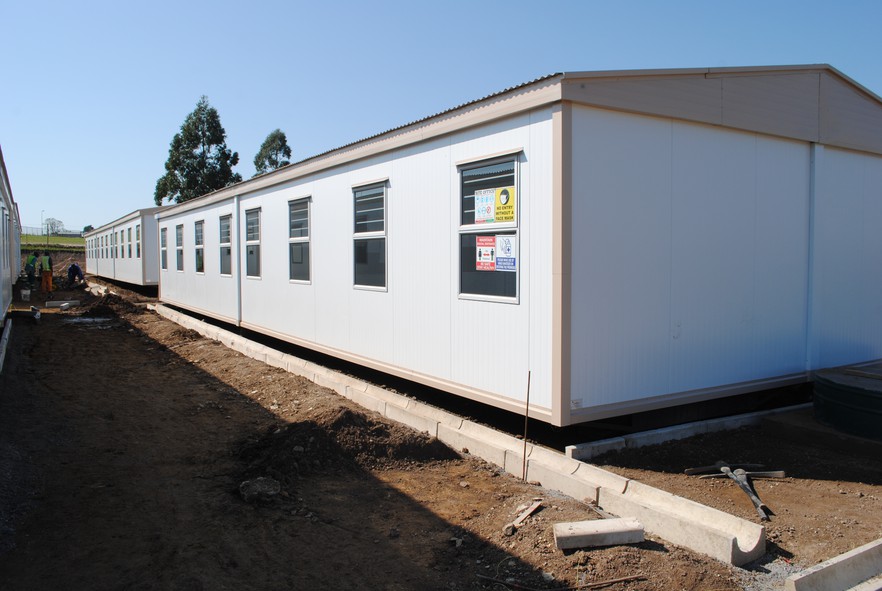 Attwell Madala Senior Secondary School is still waiting for the rest of the promised prefabricated classrooms.

Budaza said Attwell Madala school initially had only had fifteen classrooms. “We have three additional bungalows and 1,566 learners are sharing these classrooms. Roofs in eight of them and the office of the principal are leaking. During heavy rains we let the learners go home.”

He said before the Covid-19 pandemic, one teacher would teach up to 90 learners per class.

“We also had many Covid-19 cases for both learners and teachers. Now we only allow grade 12 to attend every day. All other learners only attend three days a month,” Budaza said.

He said they only saw contractors at the school following an incident in 2019 where learners burnt existing classrooms.

“The pupils torched five shacks that were used as classrooms and shut down the school for five days, demanding more classrooms.

Contractors had set up 17 prefab classrooms instead of 22, said Budaza.

According to Budaza, the remaining prefab classrooms were supposed to have been completed in August 2021.

Enoch Sithole, site manager of Mpumalanga Construction, confirmed that there were payment delays from the department.

“We started in March 2019 and we are supposed to finish in April 2022. The project cost R68 million but it was delayed for 80 days in May due to non-payment by the Department.”

Asked what the reasons were for the delays, provincial education spokesperson Malibongwe Mtima said they were caused by “tender procurements” at Dudumayo Senior Secondary and Enduku Junior Secondary School.

“The projects were delayed due to budget constraints within the previous financial year 2020-21. They have subsequently been tendered under emergency procurement rules in order to comply with the court case. The contractor appointment is to be made by the end of October 2021 and site handovers will take place in the first week of November 2021.”

Next:  Workers and police clash as NUMSA steel strike continues